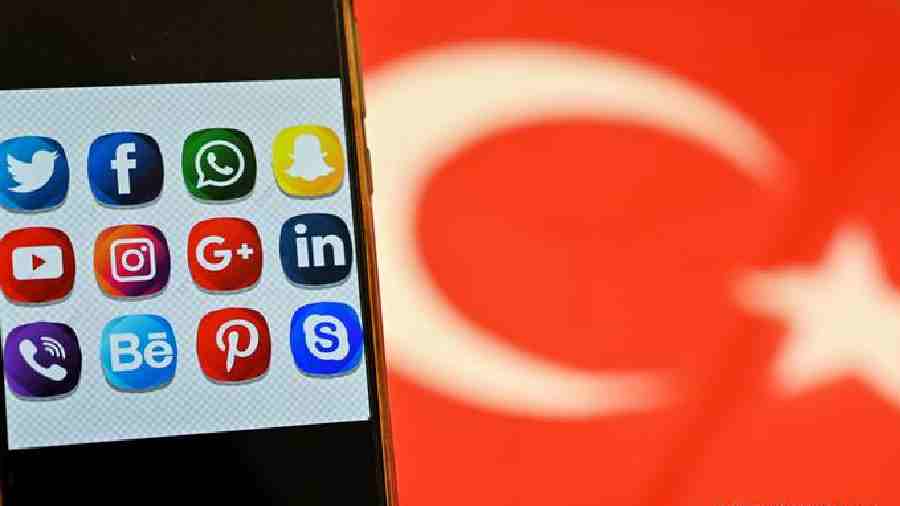 Turkey's parliament on Thursday passed a law proposed by President Recep Tayyip Erdogan that would make it possible to jail journalists and social media users for up to three years for spreading "disinformation."

The Council of Europe said the measure's vague definition of "disinformation" and accompanying threat of jail could have a "chilling effect and increased self-censorship, not least in view of the upcoming elections in June 2023."

The law's Article 29 raised the most concerns over free expression. It says those who spread false information online about Turkey's security to "create fear and disturb public order" will face a prison sentence of one to three years.

Engin Altay, a parliamentarian from the main opposition Republican People's Party (CHP), said minutes before the final vote that the country already trails most others in press freedom and the law makes it "impossible to categorize on these lists."

However, Erdogan's AKP has said laws are needed to crack down on misinformation and false accusations on social media, saying this is not designed to silence the opposition. The bill now goes to the president for final approval.

The issue of media freedom is gaining increasing importance ahead of next year's presidential and parliamentary elections, with polls showing that support for Erdogan and his AKP has been waning since the last vote.

The Venice Commission, which advises the rights watchdog Council of Europe, said it is particularly concerned about consequences of the law's prison provision, "namely the chilling effect and increased self-censorship" ahead of the vote.

Most Turkish newspapers and TV channels came under the control of government officials and their business allies during a sweeping crackdown after a failed coup in 2016.

But social networks and internet-based media remained largely free of oversight. However, later Turkey used the threat of heavy penalties to force giants such as Facebook and Twitter to appoint local representatives who can quickly comply with local court orders to take down contentious posts.

Around the same time, Erdogan began arguing that Turkey's highly polarized society was particularly vulnerable to fake and misleading news. Social media have "turned into one of the main threats to today's democracy," he said last December.

Turkey was ranked 149th out of 180 countries in the annual media freedom index released earlier this year by Reporters Without Borders (RSF). According to annual tallies by the Committee to Protect Journalists NGO, for several years following the failed coup Turkey was also the world's most prolific jailer of journalists, though it dropped to sixth in the last rankings in 2021.