The scope and prospects of any renewed negotiations, however, remain unclear 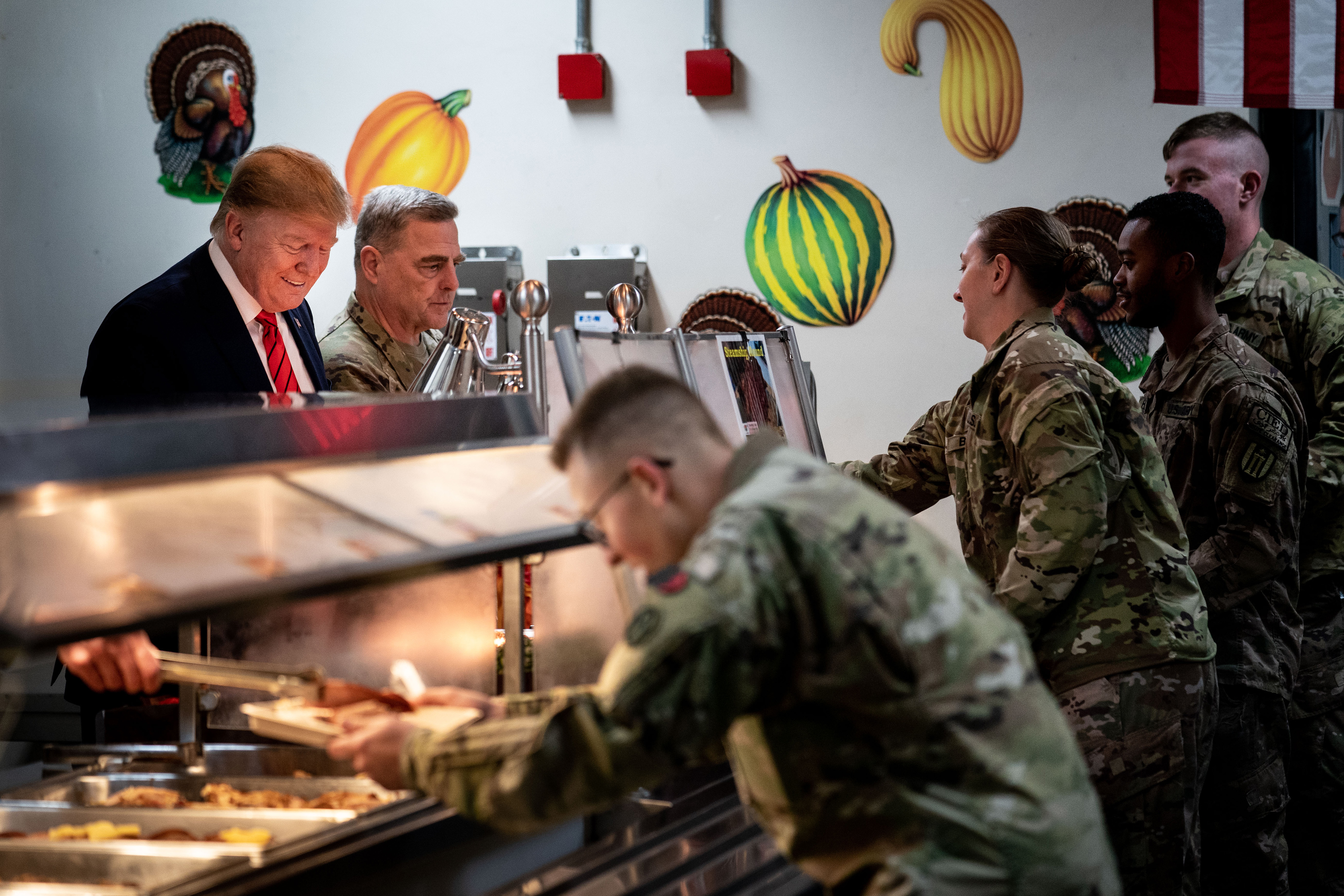 President Donald Trump on Thursday declared that he has reopened peace negotiations with the Taliban less than three months after scuttling talks in hopes of ending 18 years of war.

He made the statement as he paid an unannounced Thanksgiving visit to US troops in the nation.

“The Taliban wants to make a deal, and we’re meeting with them,” Trump said during a meeting with Afghanistan President Ashraf Ghani at the main base for US forces north of Kabul.

“We’re going to stay until such time as we have a deal, or we have total victory, and they want to make a deal very badly,” Trump added even as he reaffirmed his desire to reduce the US military presence to 8,600 troops, down from about 12,000 to 13,000.

Trump’s sudden announcement on peace talks come at a critical moment in the United States’ long, drawn-out military venture in Afghanistan, a time when the country is mired in turmoil over disputed election results and Americans at home are increasingly tired of an operation that began shortly after the September 11 attacks.

The scope and prospects of any renewed negotiations remained unclear, and White House officials gave few details beyond Trump’s sudden revelation. On the flight to Afghanistan, Stephanie Grisham, the White House press secretary, had insisted that the secret trip was “truly about Thanksgiving and supporting the troops” and “nothing about the peace process” with the Taliban.

The Taliban made no official comment immediately after the late-night visit and Ghani said little afterward about any peace talks.

But while the Afghan government has long demanded that the Taliban agree to a cease-fire, no evidence has emerged that the group was willing to grant one. Instead, it has said it would discuss the possibility in negotiations with Afghanistan’s political leaders over the future of the country once the Americans agree to leave.

Trump carried out the traditional role of feeding turkey and mashed potatoes to troops in fatigues, then dined, mingled and posed for photographs before delivering remarks celebrating the US military before about 1,500 troops in an aircraft hangar.

But his visit also had an important political dimension. Trump, who angrily called off talks with the Taliban in September just as the sides appeared close to an accord, is searching for foreign policy achievements he can celebrate on the campaign trail over the next year.