President says America prepared for war if necessary, but ‘we’d certainly like to avoid it’ 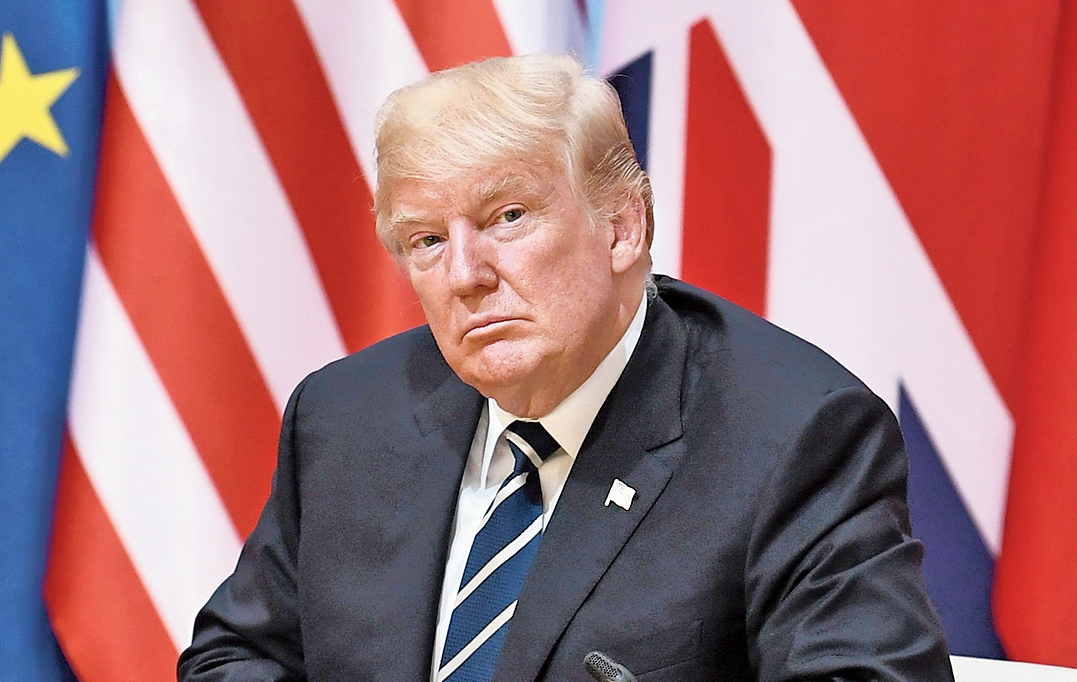 President Trump said on Monday that Iran appeared to have been responsible for the weekend attack on Saudi Arabian oil facilities. But he also said he would “like to avoid” a military conflict with Tehran, emphasised his interest in diplomacy and played down the attack’s jolt to the global oil market.

Asked at the White House whether Iran was behind the strikes on Saturday that crippled much of Saudi Arabia’s oil output, Trump said, “It’s looking that way.” But he stopped short of a definitive confirmation, adding, “That’s being checked out right now.”

The attack was the most destructive blow to Saudi Arabia since it began waging war in Yemen more than four years ago. The damage inside Saudi Arabia helped drive world oil prices up by 10 per cent on Monday, the fastest rise in more than a decade.

Trump warned that the US has fearsome military capabilities and is prepared for war if necessary. “With all that being said, we’d certainly like to avoid it,” he said. “I know they want to make a deal,” he said of Iranian officials, whom he has been trying to draw into talks over their nuclear programme and other issues.

“At some point it will work out.”

Trump’s comments represented a notable shift in tone from the day before, when he wrote on Twitter that the US was “locked and loaded”, ready to take action based on Saudi Arabia’s needs.

On Monday, he told reporters he had not “promised” to protect the Saudis. Rather, Trump said, he will “sit down with the Saudis and work something out”.

The President’s statements came shortly after Saudi Arabia, Iran’s principal rival in the region, said Iranian weapons had been used in the attack. But while the Saudis said they would “forcefully respond to these aggressions,” they also stopped short of directly blaming Iran and did not call for immediate retaliation”.

The comments from Trump and the Saudis suggested they did not want the episode to escalate into a wider conflict, just a week before world leaders converge at the UN for the General Assembly. Trump had proposed meeting with Iran’s President, Hassan Rouhani, possibly at the annual gathering in New York, although Iran ruled that out on Monday.

Responsibility for the attack was claimed by the Houthi insurgents in Yemen, who have been fighting a calamitous civil war against a Saudi-led military coalition. Iran is a chief ally of the Houthis.

American officials directly blamed Iran over the weekend for the blows to the Saudi oil facilities. They presented satellite photographs of the damage, contending that the images indicated that the attack had come from the north or northwest — in the direction of Iran or Iraq — not from Yemen, which is to the south. The Saudis also said on Monday that their initial investigation showed that the attack had not come from Yemen.

But an analysis of the images by independent experts challenged those assertions.

The images did suggest a complex, precise attack that far exceeded any capabilities the Houthis had previously shown, raising the likelihood of Iran’s involvement.

Still, experts said the images were insufficient to prove where the attack came from, which weapons were used and who fired them.

Iran has denied any involvement in the strike, which threatened to disrupt the global flow of oil.

But Trump sought to play down the impact on oil prices. “They haven’t risen very much, and we have the strategic oil reserves, which are massive,” he told reporters. By releasing some of those reserves, he said, “you’d bring it right down”.

Trump has sent mixed signals on his response to the attack, which happened only a few days after he dismissed John R. Bolton, his national security adviser.