Trump pulls out of arms treaty 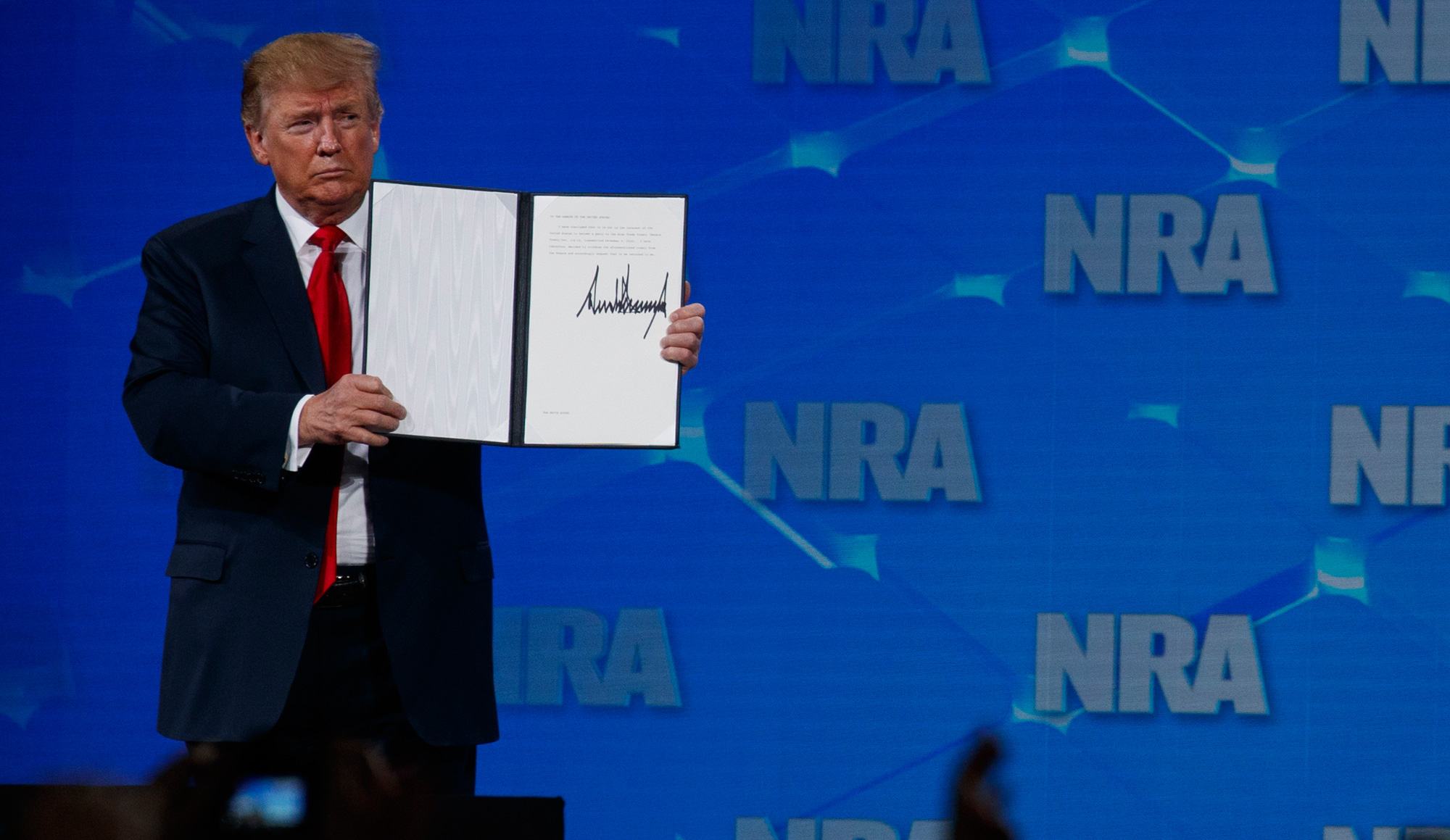 President Donald Trump holds up a letter to the Senate about the UN Arms Trade Treaty as he speaks to the annual meeting of the National Rifle Association on Friday, April 26, 2019, in Indianapolis.
AP
Katie Rogers And New York Times News Service   |   Indianapolis   |   Published 27.04.19, 07:19 PM

In a speech to the National Rifle Association members on Friday that was part political rally and part pep talk, President Trump called himself a champion of gun rights.

Then he proved it, whipping out a pen onstage to sign a letter that would effectively cease America’s involvement in an arms treaty designed to regulate the international sale of conventional weapons.

Trump said that his administration “will never” ratify the Arms Trade Treaty, which seeks to discourage the sale of conventional weapons to countries that do not protect human rights.

Although the accord was brokered by the UN and signed by President Barack Obama, it has never been ratified by the Senate.

Experts in arms control note that the accord, even if ratified by the Senate, would not require the US to alter any existing domestic laws or procedures governing how it sells conventional weapons overseas.

Still, Trump said his decision to sign a letter asking the Senate to send the treaty back to the White House “is a big, big factor”, calling the accord a “badly misguided” arrangement.

To supporters of the decision, making certain that the US does not ratify the treaty is one more step towards deregulation that Trump has championed. In a call with reporters, a senior administration official said that a major factor in his decision was the lack of compliance with the treaty from other large conventional arms exporters, including China and Russia.

The official, who spoke on condition of anonymity, said the US had its own set of controls to ensure the appropriate sale of arms abroad, and added that the Trump administration opposed possible future amendments to the treaty up for consideration in 2020.

Critics see it as a concession to the gun lobby, and another effort by the Trump administration to distance itself from multilateral diplomatic initiatives — from the nuclear deal with Iran to the Paris climate agreement — that advocates say are meant to make the world a safer place.

“The President’s action today is yet another mistaken step that threatens to make the world less safe, rather than more secure,” Thomas Countryman, a former assistant secretary of state for international security and nonproliferation and lead American negotiator on the Arms Trade Treaty, said in a statement.

Countryman also pointed out that a ratification of the treaty would not have caused the US to change any existing laws or procedures governing how it sells the weapons.

“It is sad, but to be expected, that this President opposes efforts to require other countries to meet the high standards of US military export decisions,” Countryman said.

Trump’s move means that the US would be in the company of countries like North Korea and Iran, who abstained from participation in the treaty.