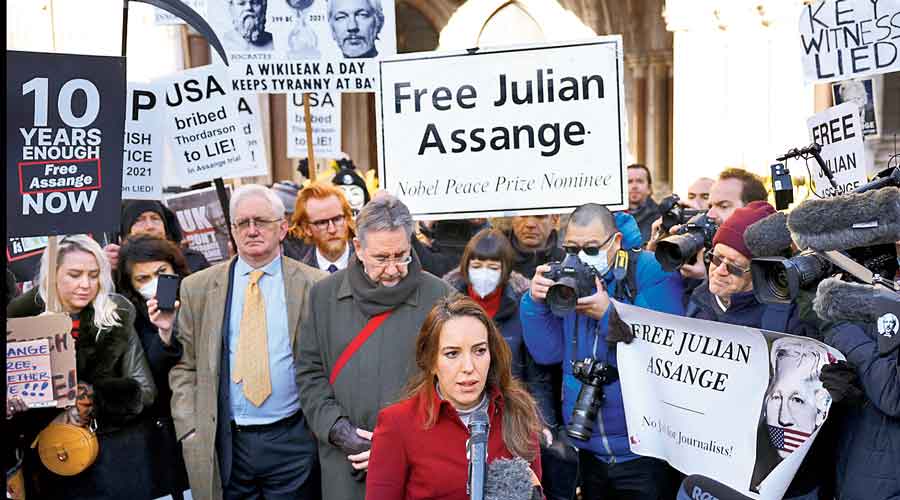 WikiLeaks founder Julian Assange on Friday moved a step closer to facing criminal charges in the US for one of the biggest ever leaks of classified information after Washington won an appeal over his extradition in an English court.

US authorities accuse Australian-born Assange, 50, of 18 counts relating to WikiLeaks’ release of vast troves of confidential US military records and diplomatic cables which they said had put lives in danger.

Assange’s supporters cast him as an anti-establishment hero who has been persecuted by the US for exposing US wrongdoing and double-dealing across the world from Afghanistan and Iraq to Washington.

At the Royal Courts of Justice in London, the US won an appeal against a ruling by a London district judge that Assange should not be extradited because he was likely to commit suicide in a US prison.

Judge Timothy Holroyde said he was satisfied with a package of assurances given by the US about the conditions of Assange’s detention, including a pledge not to hold him in a so-called “ADX” maximum security prison in Colorado and that he could be transferred to Australia to serve his sentence if convicted.

Further hurdles remain before Assange could be sent to the US after an odyssey which has taken him from teenage hacker in Melbourne to years holed up in the Ecuadorean embassy in London and then incarcerated in a maximum-security prison.

The legal wrangling is almost certain to go to the Supreme Court, the UK’s final court of appeal. Assange’s fiancee, Stella Moris, said his legal team would appeal the decision.

“ How can it be fair, how can it be right, how can it be possible, to extradite Julian to the very country which plotted to kill him?” she said. “We will appeal this decision at the earliest possible moment.”

Supporters of Assange gathered outside the court after the ruling, chanting “free Julian Assange” and “no extradition”. They tied hundreds of yellow ribbons to the court’s gates and held up placards saying “journalism is not a crime”. Judge Holroyde said the case must now be remitted to Westminster Magistrates’ Court with the direction judges send it to home secretary Priti Patel to decide whether or not Assange should be extradited.

Assange started out as a teenage hacker with the nickname Mendax — a classical Latin word for liar — but a few decades later would expose some of the US’s darkest secrets.