Advertisement
Home / World / Tehran ‘no’ to Rouhani meeting with Trump

Tehran ‘no’ to Rouhani meeting with Trump

The events of the weekend have jeopardised any potential for discussion 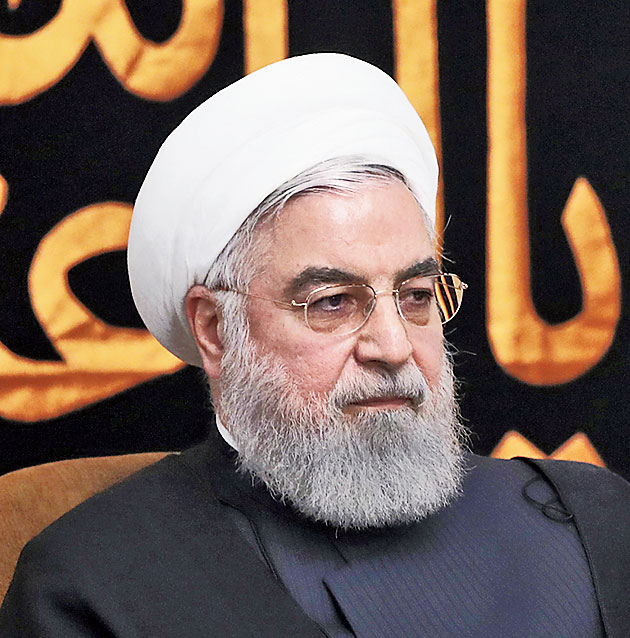 Iran has dismissed the possibility of a meeting between the country’s President, Hassan Rouhani, and President Trump on the sidelines of the UN General Assembly next week, the country’s state-run news media reported on Monday.

“Neither is such a plan on our agenda nor will such a thing happen,” Seyed Abbas Mousavi, a spokesman for the Iranian foreign ministry, said at a news conference, according to Fars, a state-run outlet. “This meeting will not be held.”

Mousavi added that if the US “stops economic terrorism and returns to the nuclear deal, then they may sit at a corner and be present within the framework of the nuclear deal member states”.

His comments come after an attack on two major oil installations in Saudi Arabia on Saturday further escalated tensions between Iran and the US.

The Houthi rebels in Yemen, who receive support from Iran, claimed responsibility for the strikes, but the Trump administration has accused Tehran of being behind the attack.

On Sunday, American officials cited intelligence assessments to support the accusation, and Trump warned that he was prepared to take military action.

Earlier, the White House had said that it was not ruling out the possibility of a meeting between Trump and Rouhani on the sidelines of the UN summit. But the events of the weekend have jeopardised any potential for discussion.

The relationship between the two nations has devolved since last year, when Trump abruptly withdrew the US from the 2015 deal to limit Iran’s nuclear programme.

Last week, Trump said that he was open to the idea of meeting with Rouhani on the sidelines of the UN summit.

But on Sunday, he walked back those statements, saying on Twitter that reports that he was willing to meet with Iran with no conditions were “incorrect”.

Trump has refrained so far from directly accusing Iran of the attacks on the Saudi oil facilities, but other administration officials have not.

Shortly after the attacks on Saturday, secretary of state Mike Pompeo accused Iran of being behind what he called “an unprecedented attack on the world’s energy supply” and asserted that there was “no evidence the attacks came from Yemen”.

He did not, however, specify an alternative launch site.