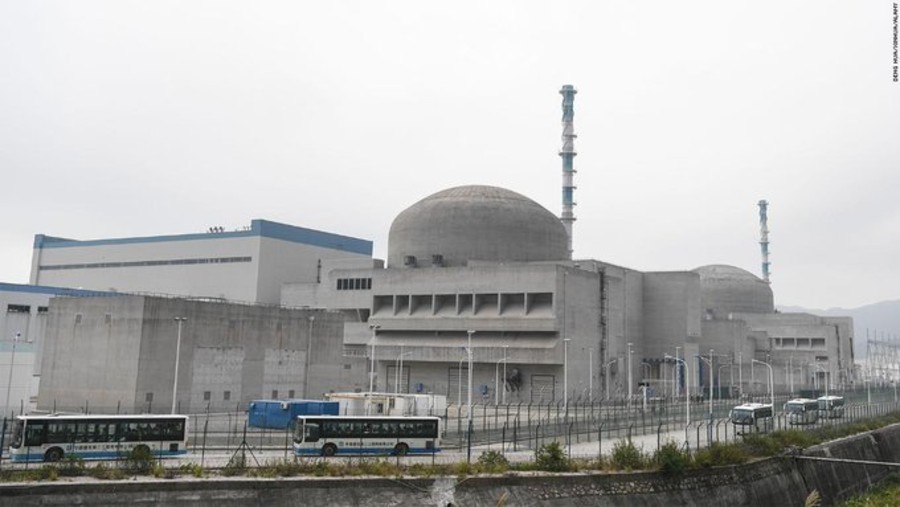 A Chinese nuclear power plant near Hong Kong had five broken fuel rods in a reactor but no radioactivity leaked, the government said on Wednesday in its first confirmation of the incident that prompted concern over the facility’s safety.

Radiation rose inside the No. 1 reactor of the Taishan Nuclear Power Plant in Guangdong province but was contained by barriers that functioned as planned, the ministry of ecology and environment said on its social media account.

The Hong Kong government said it was watching the plant and asking officials in Guangdong for details after its French co-owner on Monday reported increased “noble gases” in the reactor. Experts said that suggested fuel rods broke and leaked radioactive gas produced during nuclear fission.

Noble gases such as xenon and krypton are byproducts of fission along with particles of cesium, strontium and other radioactive elements.

“There is no problem of radioactive leakage to the environment,” the ministry statement said. It said radiation in the reactor coolant increased but was within the “allowable range”. The protective envelope on about five of the reactor’s 60,000 fuel rods is damaged, the ministry said.

It said such damage was inevitable.