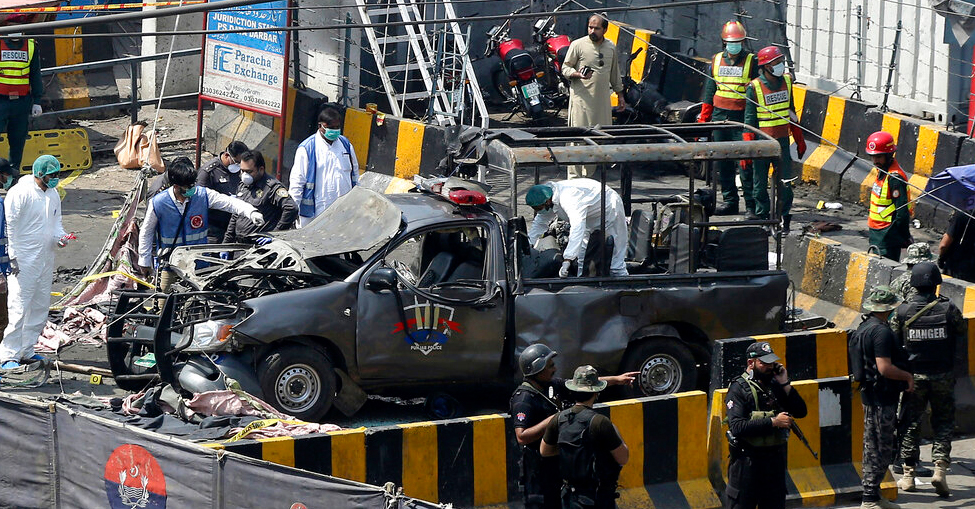 Officials said it was not clear if the target was the shrine itself, known as Data Darbar, or police outside guarding it. Hundreds of pilgrims were inside and outside the shrine, where a local Sufi saint is buried, when the blast took place.

Sufism refers to a mystical strain of Islam that often involves reverence for local holy figures and shrines. Sunni extremists view Sufism with hostility and have carried out attacks on Sufi celebrations and shrines across the Muslim world. In Pakistan, militants carry out near-daily attacks targeting security forces.

Lahore police chief Ghazanfar Ali said five police and three passers-by were killed in the attack, adding that the toll could rise as some of the wounded were in critical condition.

Raja Basharat, a senior provincial minister in the Punjab government, said the bomber might have caused more casualties if he had managed to enter the shrine. 'Our police officers sacrificed their lives to save innocent people,' he said.

'The fasting month of Ramadan began yesterday and this act of terrorism shows terrorists have no religion,' he added.

Chaudhry Mohammad Sarwar, the governor of Punjab province, told reporters that those who carried out Wednesday's attack were the 'enemy of Islam and humanity.'

'God willing, the security forces with the cooperation of whole nation will defeat these terrorists,' he added.

Pakistanis in large numbers visit the shrine, where a pair of suicide attacks in 2010 killed and wounded dozens of people.

Lahore is the capital of eastern Punjab province, which has seen similar attacks in recent years.