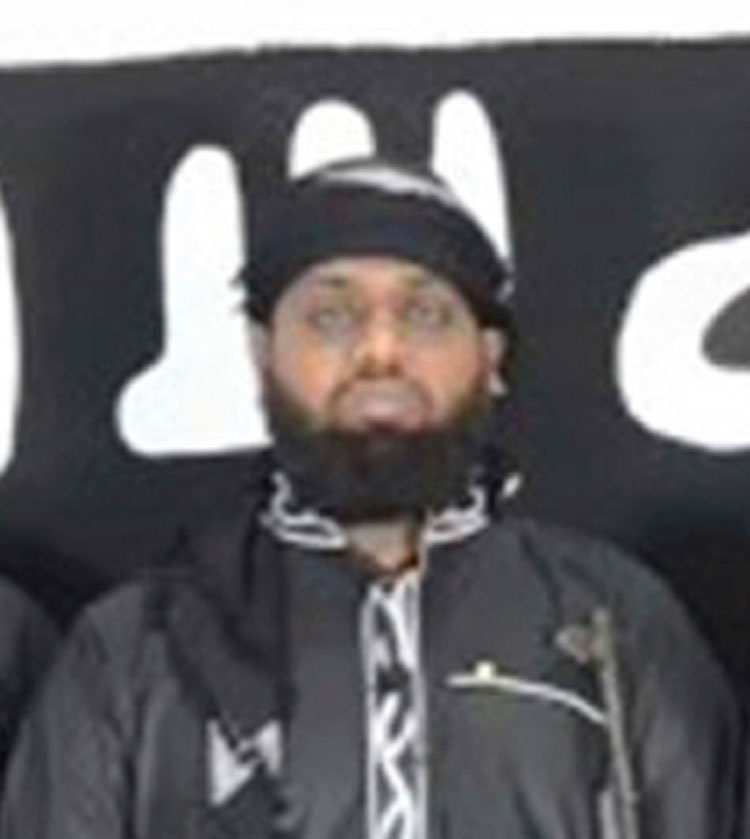 He railed against a local performance in which Muslim girls dared to dance. When a Muslim politician held a 50th birthday party, he raged about how western infidel traditions were poisoning his hometown, Kattankudy.

In Colombo on Friday, Lankan President Maithripala Sirisena said Hashim, the head of extremist group National Tawheed Jamath, died in the blast at the Shangri-La hotel. Hashim led the attack on the hotel and was accompanied by a second bomber identified as Ilham Ahmed Ibrahim.

The President said the information came from military intelligence and was based in part on CCTV footage recovered from the scene.

There were, Hashim said in one of his online sermons, three types of people: Muslims, those who had reached an accord with Muslims, and “people who need to be killed”.

Idolaters, he added, “need to be slaughtered wherever you see them.” Hashim has been described by Sri Lankan officials as having founded an obscure group with inchoate aims: a defacement of a Buddha statue, a diatribe against Sufi mystics.

But in his hometown, and later in the online world of radical Islam where his sermons were popular with a segment of Sri Lankan youth, it was clear for years that Hashim’s hateful cadences were designed to lure a new generation of militants.

“He was influential, very attractive, very smart in his speeches, even though what he was saying about jihad was crazy,” said Marzook Ahamed Lebbe, a former Kattankudy politician and member of a local Islamic federation. “We all underestimated him. We never thought he would do what he said.”

The Easter Sunday attacks, which included suicide bombings of three churches and three luxury hotels, took at least 253 lives. Through its news agency, the Islamic State claimed the attackers as its fighters and released a video with Zahran appearing to be front and centre.

Standing among seven masked men in black, Hashim is the only one with his face exposed. Sri Lankan investigators believe that eight suicide bombers carried out the attacks on the hotels and churches on April 21, one of the bloodiest assaults ever claimed by the Islamic State.

Investigators said on Thursday that they believed Hashim was one of the two suicide bombers who targeted the Shangri-La Hotel in Colombo, the Sri Lankan capital. (The police have also identified him as Mohammed Zaharan.)

Muslims in Kattankudy said they had repeatedly contacted the police to warn that Zahran was dangerous, but that the authorities played down the threat.

Adding to questions about the government’s competence, the Sri Lankan authorities on Thursday vastly revised their earlier count of fatalities, saying that about 253 people had been killed as a result of the bombings, not 359.

One of the targeted churches — where more than 20 people were killed, many of them children — was in Batticaloa, a religiously mixed city just to the north of Kattankudy.

“I cannot digest this, even if it was done by my own brother,” said Madaniya, Zahran’s sister, who lives in Kattankudy and who goes by one name. “I strongly condemn this.”

Growing up in Kattankudy, an oasis of Islam on a majority Buddhist island with significant Hindu and Christian minorities, Hashim’s religiosity was unremarkable. Most houses here have a picture of Mecca on their wall, and road intersections are decorated with golden monuments in Arabic.

Hashim and his brothers were sent by their father, a small-time seed and spice seller, to a madarsa, where teachings adhered to a strict interpretation of Islam.

But even as he impressed with the fluency of his recitation and easily made friends, Hashim confronted his teachers and accused them of failing to adhere to true Islam. 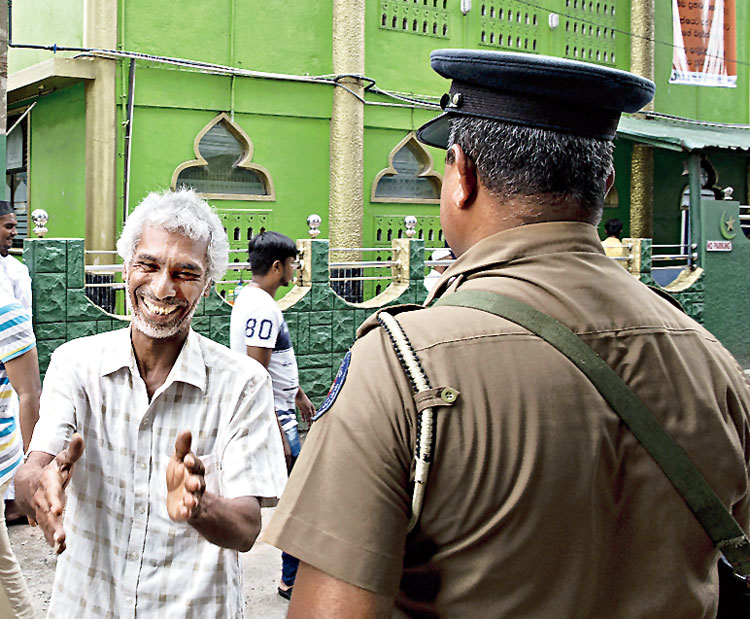 Like other Kattankudy youth lured by new overseas fashions, he had come under the spell of foreign preachers whose sermons were being passed around town by DVD, said M.B.M. Fahim, one of his classmates and now a lecturer at the same madarsa.

“He spread misinformation about us,” Fahim said. “He said the school should close because it was teaching the wrong way. He was just a student and he was saying like this.”

Hashim was kicked out of school. He enrolled at another Islamic college but never graduated, his acquaintances said. Still, by listening to the sermons of charismatic but extremist preachers based in India and Malaysia, Hashim was honing his oratory.

“He was a very good talker and a good researcher of how Islam was developing worldwide,” said M.L.M. Nassar, an administrator of a Kattankudy mosque federation.

Hashim was unafraid of taking on the powerful, a rarity in a society bound by respect for those richer or older.

“People were attracted to his lack of fear.”

After getting ejected from serving as imam of one mosque for his extremist views, aharan started a group in 2014 called National Tawheed Jamath, which drew from the austere Wahhabi tradition that claims to follow the faith as practiced in the age of its founder.

Hashim preached that the Sri Lankan national flag was a worthless piece of cloth, and that the country should be ruled by Shariah law — an unlikely outcome in a country where only about 10 per cent of the population is Muslim.

“My impression was that it was preoccupied with outflanking other Wahhabi groups to attract Middle Eastern funding,” said Gehan Gunatilleke, a researcher who wrote about National Tawheed Jamath last year.

“It was focused on symbolism and rhetoric.”

Hashim founded his own mosque with funding from India, according to members of a Kattankudy mosque association, even though Hashim’s mosque never received official religious certification.

Still, an Islamic school dropout with an unlicensed mosque was gaining followers in Sri Lanka and beyond.