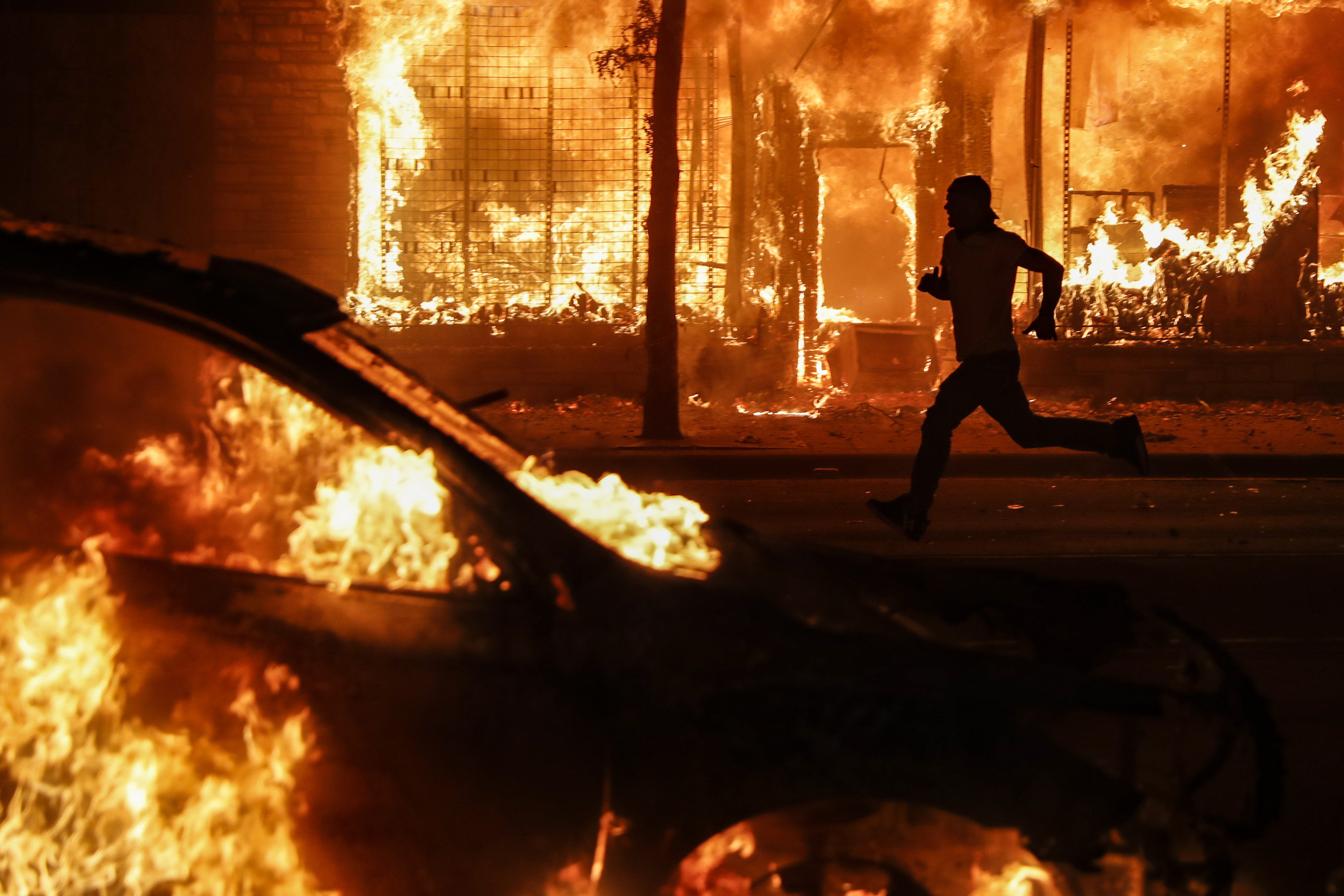 The full Minnesota National Guard was activated for the first time since World War II after four nights of sometimes violent protests that have spread to other US cities following the killing of a black man by a white Minneapolis police officer who knelt on his neck.

Minnesota governor Tim Walz said the deployment was needed because outsiders were using the demonstrations over the death of George Floyd to spread chaos.

From Minneapolis to New York City, Atlanta and Washington, protesters clashed with police late on Friday in a rising tide of anger over the treatment of minorities by law enforcement.

“We are under assault,” Walz told a briefing. “Order needs to be restored.... We will use our full strength of goodness and righteousness to make sure this ends.”

He said he believed a “tightly controlled” group of outside agitators, some white supremacist groups and drug cartels were to blame for some of the violence in Minneapolis, but he did not give specifics when asked by reporters. He said as many as 80 per cent of those arrested were from out-of-state.

The demonstrations broke out for a fourth night despite prosecutors announcing on Friday that the policeman filmed kneeling on Floyd’s neck, Derek Chauvin, had been arrested on third-degree murder and manslaughter charges.

Three other officers have been fired and are being investigated in connection with Monday’s incident, which reignited rage that civil rights activists said has long simmered in Minneapolis and cities across the country over persistent racial bias in the US criminal justice system.

The video of Floyd’s death, filmed by a bystander, showed the 46-year-old repeatedly pleading with the officers and telling them he could not breathe.

In the Minneapolis neighbourhood of Lyndale, the mood was sombre on Saturday morning as dozens of people surveyed the damage and swept up glass and debris from the night before.

Luke Kallstrom, 27, a financial analyst, stood in the threshold of a post office that had been burned to the ground.

“It’s unbelievable,” he said. “It pains me so much. This does not honour the man who was wrongfully taken away from us.”

As he spoke, several military vehicles rolled by, loaded with soldiers.

Some of Friday’s most chaotic scenes were in the New York City borough of Brooklyn, where thousands of demonstrators gathered near the Barclays Center arena. Police armed with batons and pepper spray made more than 200 arrests in sometimes violent clashes.

In Washington, police and Secret Service agents deployed in force around the White House before dozens of demonstrators gathered across the street in Lafayette Square.

In Atlanta, Bernice King, the youngest daughter of civil rights icon Martin Luther King Jr, urged people to go home on Friday night after more than 1,000 protesters marched to the state capitol and blocked traffic on an interstate highway.

The demonstration turned violent at points. Fires burned near the CNN Center, the network's headquarters, and windows were smashed at its lobby. At least one police car was among several vehicles torched.

Rapper Killer Mike, in an impassioned speech flanked by the city’s mayor and police chief, also implored angry residents to stay indoors and to mobilise to win at the ballot box.

“Make sure you exercise your political bully power,” he said. “But it is not time to burn down your own home.”

Derek Chauvin, the white former Minneapolis police officer shown in video footage using his knee to pin an unarmed black man’s neck to the street, was charged with murder on Friday in the man’s death. Chauvin was arrested on third-degree murder and manslaughter charges.