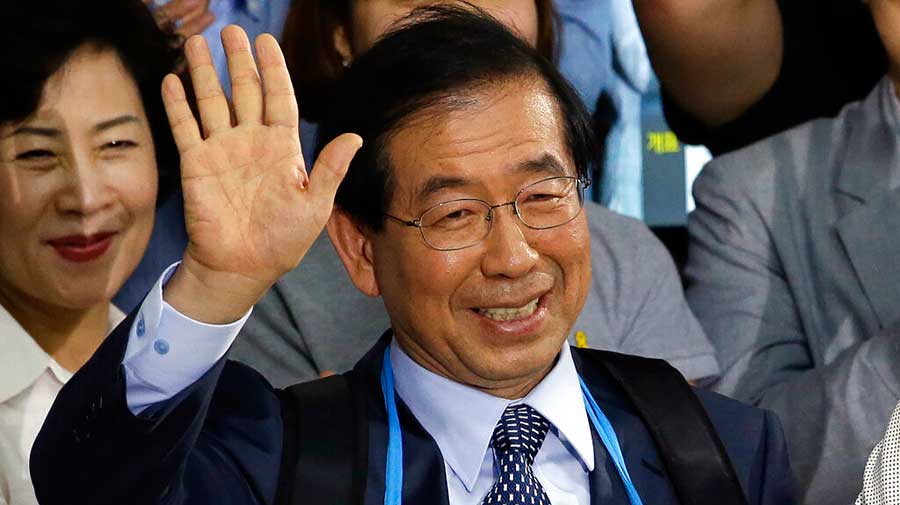 The mayor of Seoul, South Korea, the country’s most powerful official after the President, was found dead by the police, hours after his daughter reported him missing, the authorities said on Friday.

A Seoul police officer confirmed the discovery of Park Won-soon’s body in a hill in northern Seoul, but said he could offer no further detail until there was a formal announcement.

His disappearance came a day after a secretary in the mayor’s office told the police that he had been sexually harassing her since 2017, two Seoul TV stations reported, attributing the information to unidentified police sources.

Park, 64, had cancelled his official schedule for Thursday and called in sick to City Hall. His daughter told the police that he had left home after leaving a cryptic, “will-like message”, according to Yonhap, the national news agency, which cited an anonymous police source.

When Park had not returned home after five hours, his daughter called the police.

The discovery of the body came after 580 police officers and emergency medical workers, aided by police dogs, searched the hills in northern Seoul. The mayor of Seoul is considered the second most powerful elected official in South Korea after the President. Park was serving his third term as mayor.