Vessel, which remains at anchor in Bandar Abbas, has fallen off British priority list 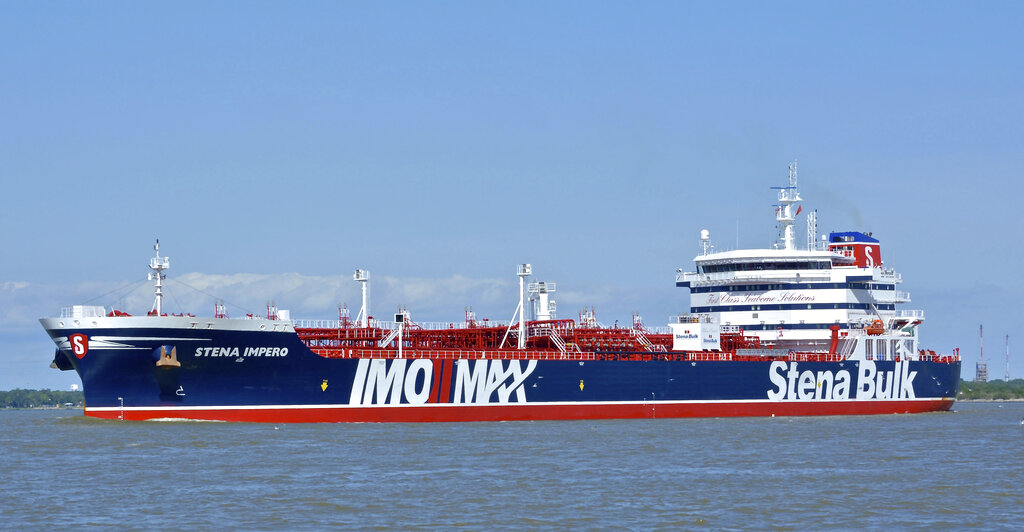 The owners of the Stena Impero, the British-flagged oil tanker seized by the Iranian Revolutionary Guards, have told The Telegraph “there is definitely a role to play for the Indian government” in securing the release of the 23 crew taken hostage.

Eighteen of them are Indian nationals, while there are also three Russians, a Latvian and a Filipino.

As papers in Britain have pointed out, the tanker is British only in a technical sense. The owner is the Sweden-based Stena Bulk, while its Glasgow-based subsidiary, Northern Marine Management, are the shop managers.

Their latest statement says: “The vessel remains at anchor in Bandar Abbas. We are concerned about the potential impact a prolonged period of uncertainty will have on the welfare of both crew and their families. Our colleagues on the Stena Impero were carrying out their profession as merchant seafarers and do not deserve to be in this position.”

Speaking to The Telegraph, their spokesperson said that with no British national on board, the UK media had lost interest in the fate of the crew. This meant there was little pressure on Boris Johnson’s government to act urgently over the crisis.

“The situation has gone off the boil slightly because it is quite far removed from life in the UK but if there were British crew on board there would certainly be more media interest from UK publications.”

The vessel’s captain has been named as an Indian, Vinay Singh, but if he were a true Brit, the British media would have focused on the human drama and his plight. “I am pretty sure of that,” the spokesman said.

Explaining why tanker managements tend to hire Indians, he explained: “Indians are hired because they are good seafarers. Crews tend to originate from a number of different nationalities because there are a number of specialities that are required on board a vessel such as a tanker. Indians tend to work hard and are good at their job.”

As far as securing the crew’s release was concerned, the spokesman said, “It is hard to say where to go from here. It is obviously a political issue which isn’t going to be resolved by Stena or Northern Marine at this stage.

“Iran have made it clear that their issue does not lie with any of the nationalities on board. It lies with the British flag, which the vessel flies.

“There is definitely a role to play for the Indian government but again it all boils down to relations between the UK and Iran at this stage.

“From what I have heard the crew are being looked after but they are confined to the vessel which is difficult — it is not their normal day-to-day life. The British government has ruled out a swap. They are both refusing to budge. It could be quite a long-drawn-out diplomatic situation.”

The new foreign secretary, Dominic Raab, has ruled out what many had thought would be the likely solution: releasing the Iranian tanker, Grace 1 — full of oil and apparently destined for Syria in breach of EU sanctions — in return for the Stena Impero.

Taking a defiant line, Raab told BBC Radio 4: “There is no quid pro quo. Grace 1 was intercepted because it was in breach of sanctions and heading with oil to Syria.

“The Stena Impero was unlawfully detained. So this isn’t about some kind of barter. This is about international law.”

Meanwhile, British shipping will have slightly more security in the Gulf, with the HMS Duncan, a destroyer, joining the HMS Montrose, a frigate already patrolling the area.

All this means an early release for the Indian crew looks increasingly unlikely. Those with a pessimistic view of history will recall that Iranian Revolutionary Guards had held American diplomats at the US embassy in Tehran hostage for 444 days.