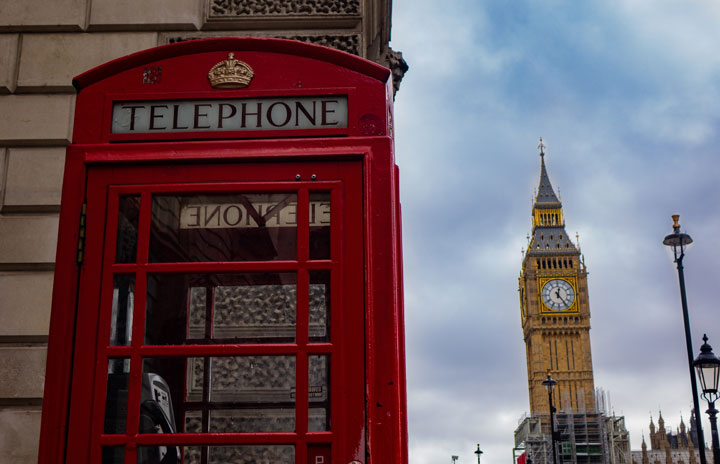 The original red telephone box, so beloved of tourists to the UK, is to be given added protection, the government has announced.

“The red telephone box is an internationally famous British icon and I am delighted that we are able to protect the first of its kind,” said Helen Whately, who is responsible for heritage at the department for digital, culture, media and sport.

“In an increasingly digital world, it is important to preserve structures — like the K2 prototype phone box — that have played a part in our nation’s industrial story.”

It is certainly the case that most people rely on their mobile phones today if they wish to make a call but millions of foreign tourists love to pose for photographs by a red telephone kiosk.

Created in 1924 by Sir Giles Gilbert Scott (1880-1960), the prototype K2 (Kiosk No. 2) telephone box formed the basis of the design of future telephone boxes across the country.

The timber K2 prototype was designed for a competition launched by the Royal Fine Arts Commission at the request of the postmaster general to find an alternative to the unpopular concrete K1 structure, which had been introduced in 1921.

Scott’s timber prototype was initially displayed in 1924 outside the National Gallery in Trafalgar Square with four other designs, and in 1925 it was announced that the K2 telephone box was the one “most suitable for erection in busy thoroughfares of large towns”.

Scott’s winning design was originally intended to be made of steel and painted silver with a blue-green interior. However, upon selection of the K2 design, the General Post Office chose to make it of cast iron and painted red. And they have now become part of the landscape.

After the successful competition, the first cast iron K2 was installed in London in 1926, with more than 1,700 appearing across the city over the course of the next decade. Only a small number were placed outside London and just over 200 K2s survive today. The K2 was replaced in 1935 by the streamlined, more compact and cost-effective K6 model, which was also designed by Scott and is the most common red telephone box still in existence today.

The telephone box prototype in question still remains where it was placed in 1924, at the western side of the entrance portal to Burlington House, home of the Royal Academy. First listed at Grade II in 1986, its upgraded status better recognises its more than special architectural and historic interest.

Scott was one of the most important modern British architects and is famous for iconic landmarks such as Battersea Power Station and Liverpool’s Anglican Cathedral. In 2006 the K2 telephone box was voted one of Britain’s top ten iconic designs.

Duncan Wilson, chief executive, Historic England, welcomed the added protection for the K2 prototype. “We are pleased that the K2 telephone kiosk prototype at the entrance of Burlington House has been upgraded to Grade II*,” Wilson said, the asterisk denoting a higher form of protection.

“This unique timber structure by the celebrated British architect Sir Giles Gilbert Scott represents a milestone in industrial design. Inspired by Sir John Soane’s distinctive 1816 tomb to his wife and son in St Pancras Gardens, it was the winning entry for a major design competition in 1924 and formed the basis of the famous red phone boxes which are found across the country and known throughout the world.

“Still sitting where it was placed after judging, the K2 prototype remains a striking feature at Burlington House, and its protection is now further enhanced as an important part of our nation’s industrial heritage.”

Some phone boxes have been put to innovative uses, such as free libraries, where people do take care of the books.