Schools grapple with impact of long disruption on teens

Nationally, the high school-age group has reported some of the most alarming mental health declines, evidenced by depression and suicide attempts 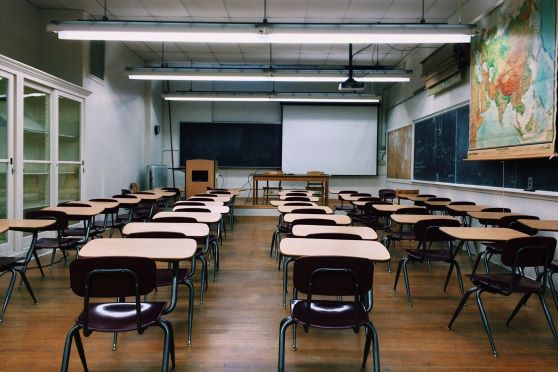 Three hours into a recent Monday morning, blood had already been spilled in a hallway at Liberty High School. With his walkie-talkie in hand, the principal, Harrison Bailey III, called on the custodial staff to clean up the remnants of a brawl while hurrying to the cafeteria in hopes of staving off another.

This is how Dr Bailey has spent many of his hours since the school welcomed back its 2,800 students for in-person learning in August: dashing around the 400,000-square-foot building, outrunning bells and crowds of students, and hoping that his towering presence will serve as an inspiration to pull up masks and a deterrent to other, less obvious burdens that his students have had to contend with since returning.

Like schools across the country, Liberty has seen the damaging effects of a two-year pandemic that abruptly ejected millions of students from classrooms and isolated them from their peers as they weathered a historic convergence of academic, health and societal crises. Teenagers arguably bore the social and emotional brunt of school disruptions.

Nationally, the high school-age group has reported some of the most alarming mental health declines, evidenced by depression and suicide attempts. Adolescents have failed classes critical to their futures at higher rates than in previous years, affecting graduations and college prospects. And as elected leaders and public health officials scrambled to bring students back to school last winter and spring, the focus on having the youngest and most vulnerable students return to in-person instruction left many high school students to languish, with large numbers missing most or all of the 2020-21 academic year. And now schools like Liberty must brace for an omicron-fuelled wave of new infections, adding still more uncertainty.

On a recent day, as Dr Bailey stood in one of Liberty’s busiest hallways,  he described how the resignation and indignation that students brought back to school this year was palpable.

“It’s like there’s a bomb somewhere,” he said. “And you’re just hoping no one lights a match.”

Throughout the fall, the effects of the coronavirus pandemic have rippled through Liberty, a diverse regional high school in the Lehigh Valley in Pennsylvania, in the city of 75,000 where the famous Bethlehem Steel was founded.

The school’s wellness centre has been overwhelmed with students struggling with anxiety and depression since the first day back. By December, referrals for the school’s Student Assistance Programme — in which teams of counsellors and administrators coordinate resources for troubled students — had reached 300, compared with a total of 500 for the entire 2019-20 school year.

At the beginning of the school year, Dr Bailey, who has led Liberty for a decade and is the state’s principal of the year, told his staff that their mission was to survive. He warned that the year “would be the most difficult time to be in education since we sent kids to Vietnam”.

At Liberty, vestiges of remote learning linger. Many students wear pyjamas and move through the hallways sluggishly, looking at their phones.

For Nikolas Tsamoutalidis, an assistant principal, the most vivid image of the post-pandemic student body was at lunch this year, when he saw ninth graders — whose last full year in school was seventh grade — preparing to play “Duck, Duck, Goose.” “It’s like fifth or sixth graders,” he said, “but in big bodies.”

The cheeriest part of the school is the wellness centre, with social workers, therapists, bean bag chairs and soothing paint colours.

Nancy Ettwein, who ran the wellness centre until November, said the need for services at the beginning of the school year was “off the Richter scale”.

“The No. 1 thing is anxiety,” she said in September.

Robin Sorensen, the wellness centre’s clinical supervisor, said the school would be “lost” had Dr Bailey not created the space.

Dr Bailey’s 75th “informal hearing” of the year illustrated perhaps his biggest challenge with the pandemic-era student body. He had been preparing to offer a ninth-grade student “cyberschooling”, after the student had been suspended for three days.

The student had been late 29 times, and had 12 absences and 63 class cuts. As Dr Bailey read out the freshman’s single-digit class averages, his voice changed when he got to 53 per cent in US history.

The student responded that school was not challenging, and that in middle school it had been easy to do just well enough to play sports. Now the student had no interest in joining Liberty’s sports teams, and didn’t see the point in attending class; it was more important to get a job and make money for a future family.

“What did you do last year?” Dr Bailey asked. “Just played video games all day,” the student responded.

Instead of referring the student to remote school, Dr Bailey advised starting fresh the next morning. He ended the hearing with a hopeful handshake but walked back to his office defeated. “We’re running out of Band-Aids,” he said. “The schools are bleeding out, and it feels like no one is listening.”