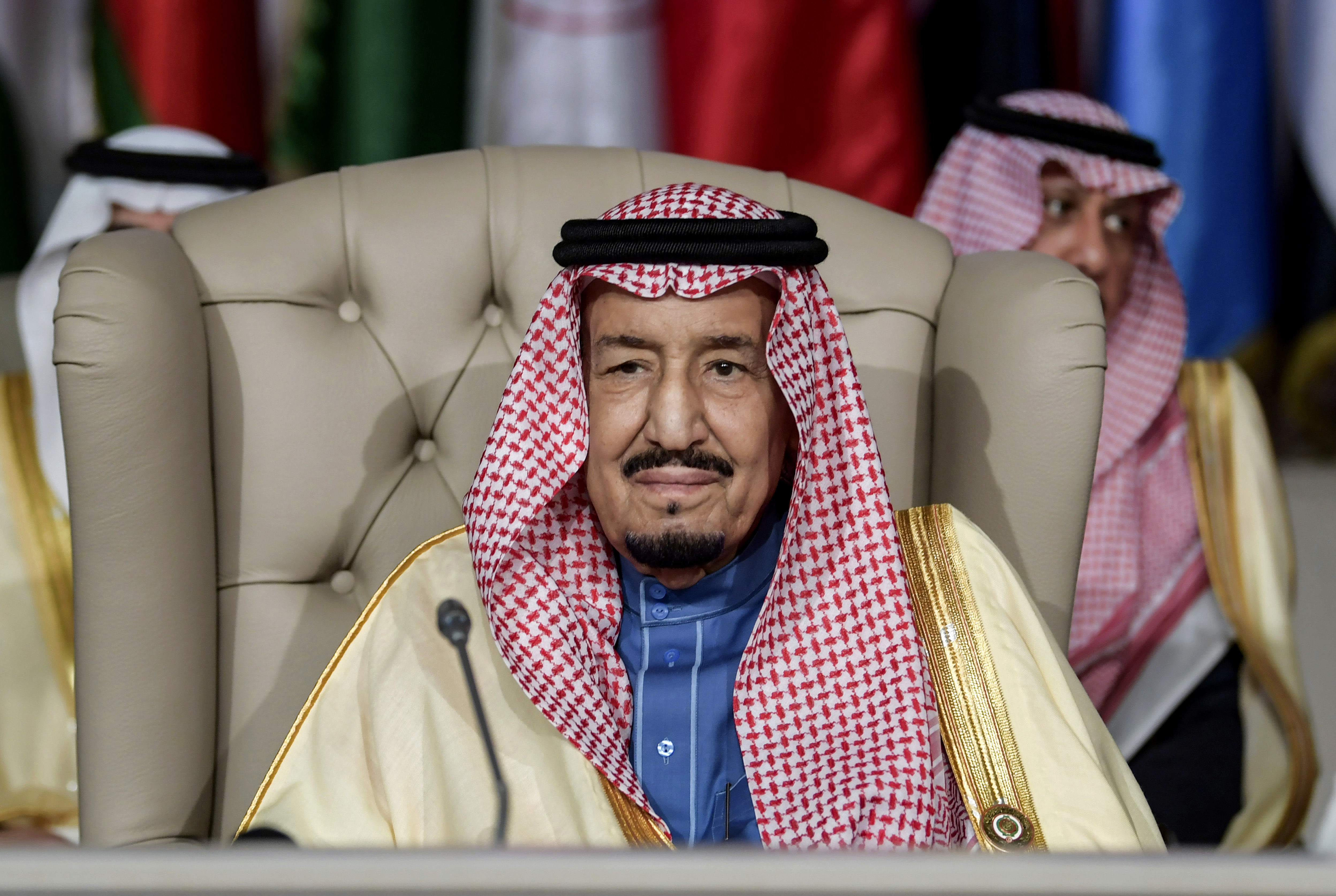 Saudi Arabia on Tuesday beheaded 37 Saudi citizens, most of them minority Shiites, in a mass execution across the country for alleged terrorism-related crimes. It also publicly pinned the executed body and severed head of a convicted Sunni extremist to a pole as a warning to others.

The executions were likely to stoke further regional and sectarian tensions between rivals Saudi Arabia and Iran.

Saudi dissident Ali Al-Ahmed, who runs the Gulf Institute in Washington, identified 34 of those executed as Shiites based on the names announced by the Interior Ministry.

'This is the largest mass execution of Shiites in the kingdom's history,' he said.

Amnesty International also confirmed the majority of those executed were Shiite men. The rights group said they were convicted 'after sham trials' that relied on confessions extracted through torture.

It marked the largest number of executions in a single day in Saudi Arabia since January 2, 2016, when the kingdom executed 47 people for terrorism-related crimes in what was the largest mass execution carried out by Saudi authorities since 1980.

Among those executed three years ago were four Shiites, including prominent Shiite cleric Nimr al-Nimr, whose death sparked protests from Pakistan to Iran and the ransacking of the Saudi Embassy in Tehran. Saudi-Iran ties have not recovered and the embassy remains shuttered.

King Salman ratified by royal decree Tuesday's mass execution and that of 2016. The king, who has empowered his son Crown Prince Mohammed bin Salman, has asserted a bolder and more decisive leadership style than previous monarchs since ascending to the throne in 2015.

The kingdom and its Sunni-led Arab allies have also been emboldened by US President Donald Trump's unwavering dedication to pressuring Iran's Shiite clerical leadership, which includes his decision to pull out of a nuclear agreement with Iran and re-impose punishing sanctions to cripple its economy.

'This is political,' he said. 'They didn't have to execute these people, but it's important for them to ride the American anti-Iranian wave.'

The Interior Ministry's statement said those executed had adopted extremist ideologies and formed terrorist cells with the aim of spreading chaos and provoking sectarian strife. It said the individuals had been found guilty according to the law and ordered executed by the Specialized Criminal Court in Riyadh, which specializes in terrorism trials, and the country's high court.

The individuals were found guilty of attacking security installations with explosives, killing a number of security officers and cooperating with enemy organizations against the interests of the country, the Interior Ministry said.

The statement was carried across state-run media, including the Saudi news channel al-Ekhbariya. The statement read on the state-run news channel opened with a verse from the Quran that condemns attacks that aim to create strife and disharmony and warns of great punishment for those who carry out such attacks.

Al-Ahmed said among those executed was Shiite religious leader Sheikh Mohammed al-Attiyah, whose charges included seeking to form a sectarian group in the western city of Jiddah. Al-Ahmed said the sheikh publicly spoke of the need to work closely with Saudi Arabia's Sunni majority and would lead small prayer groups among Shiites.

In a speech he gave in 2011 under then King Abdullah, the sheikh was quoted as saying that frank and open dialogue between Sunnis and Shiites could help strengthen Saudi unity. He urged patience and expressed hope in a national dialogue that had taken place among Shiite dissidents and Sunni leaders.

'As long as we live in the same country, we have no choice but to accept one another and live with one another, no matter the degree of difference between us,' he said.

Amnesty International said 11 of the men were convicted of spying for Iran and sentenced to death after a 'grossly unfair trial.' At least 14 others executed were convicted of violent offences related to their participation in anti-government demonstrations in Shiite-populated areas of Saudi Arabia between 2011 and 2012.

Among those put to death was a young man convicted of a crime that took place when he was 16 years old, said Amnesty.

Saudi Arabia's supreme council of clerics, who are all ultraconservative Sunnis, said the executions were carried out in accordance with Islamic law.

The Interior Ministry said the body of one of the executed men — Khaled bin Abdel Karim al-Tuwaijri — was publicly pinned to a pole. The statement did not say in which city of Saudi Arabia the public display took place.

He appears to have been convicted as a Sunni militant, though the government did not give a detailed explanation of the charges against each individual executed.

The government defends such executions as a powerful tool for deterrence.

Saudi analysts and pro-government writers brought in to discuss the executions on al-Ekhbariya said they are a powerful sign that the country's leadership will not hesitate to use the full might of the judicial system to punish Saudis who seek to disrupt the kingdom's security.

Those executed hailed from Riyadh, Mecca, Medina and Asir, as well as Shiite Muslim populated areas of the Eastern Province and Qassim. The executions also took place in those various regions.

It brings the number of people executed since the start of the year to around 100, according to official announcements. Last year, the kingdom executed 149 people, most of them drug smugglers convicted of non-violent crimes, according to Amnesty's most recent figures.

Executions are traditionally carried out after midday prayers. Public displays of the bodies of executed men last for around three hours until late afternoon prayers, with the severed head and body hoisted to the top of a pole overlooking the main square.

This latest mass execution comes days after four Islamic State gunmen were killed by Saudi security forces while trying to attack a security building north of the capital, Riyadh.

It also comes on the heels of Sri Lanka's Easter Day attacks that killed over 300 people, including two Saudi nationals. The attack was claimed by the Islamic State group.

Local affiliates of the Islamic State group and Saudis inspired by its ideology launched several attacks in Saudi Arabia between 2014 and 2016, killing dozens of people, including security officers and Shiite worshippers. The last major attempted attack is believed to have been two years ago.

The group, like al-Qaida in the past, has sought to undermine the Al Saud royal family's legitimacy, which is rooted in part in its claim to implement Islamic Shariah law and to be the protectors of Islam's most sacred sites in Mecca and Medina that are at the centre of hajj.