We are in the window where we believe an attack could come at any time, says press secretary Jen Psaki 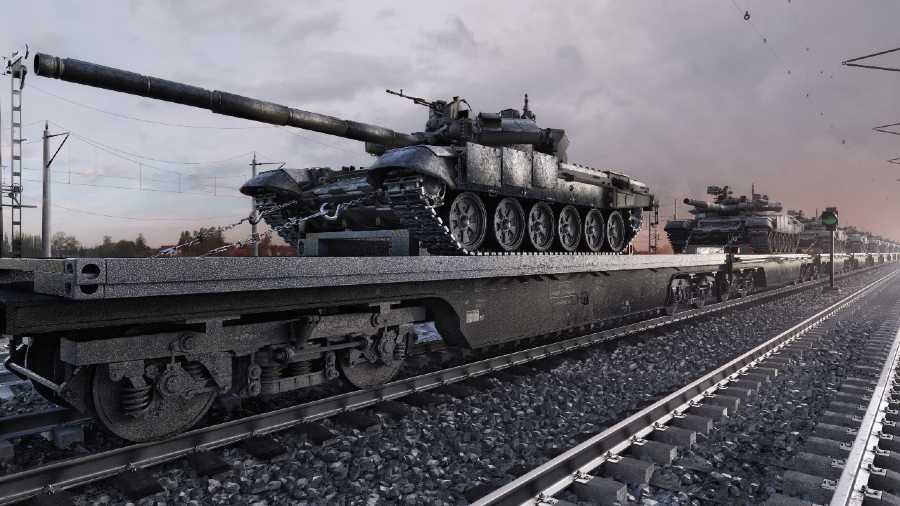 A Russian invasion of Ukraine can happen anytime now, the White House said Wednesday as President Joe Biden announced plans to dispatch Vice President Kamala Harris and Secretary of State Tony Blinken to attend the Munich conference to meet world leaders and unite them against Moscow.

White House Press Secretary Jen Psaki anticipated that an attack could take place at any time.

"We are in the window where we believe an attack could come at any time, and that would be preceded by a fabricated pretext that the Russians use as an excuse to launch an invasion," Psaki told reporters at her daily news conference.

"We have talked about this a bit here, we've seen these tactics used in the past. Those could include but not be limited to the report you just referenced, claims of provocation in Donbass, false state media reports, which I think you should all, everybody should keep their eyes open and be aware of potentially fake videos and accusations about chemical weapons or accounts of attacks on Russian soldiers that have not actually occurred," she said.

In response to a question, Psaki told the reporters that there could be a range of false flags and pretexts that would proceed to an invasion. "And again, we remain in that window."

Both Harris and Blinken are now flying to Germany to attend the Munich security conference from February 18 to 20.

"She will build on the President's and the national security team's intensive engagement with European allies and partners and continue to emphasize with our partners our ironclad commitment to our NATO allies, underscore our commitment to Ukraine's sovereignty and territorial integrity, and reaffirm our shared interest in upholding the principles that have underpinned European peace and security," Psaki said.

"She'll be participating in the formal programme of the conference as well as engaging with allies and partners and meeting with leaders on the margins," the press secretary said.

The Kremlin has repeatedly denied it has plans to attack Ukraine but demanded that NATO never admit Ukraine and other ex-Soviet nations as members and the military alliance roll back troop deployments in former Soviet bloc nations.

"What the President expects, he expects and knows, given she is the first in the room and the last in the room, that she will continue to convey to the rest of the world, again, our ironclad commitment to our NATO allies, our commitment to defending the territorial integrity and sovereignty of Ukraine, and our commitment to putting in place severe economic consequences should Russia invade, she said.

Earlier in the day, Secretary of State Blinken said the Russian troops remain massed in a very threatening way at the border. Of course, the door continues to be open to diplomacy, Psaki said.