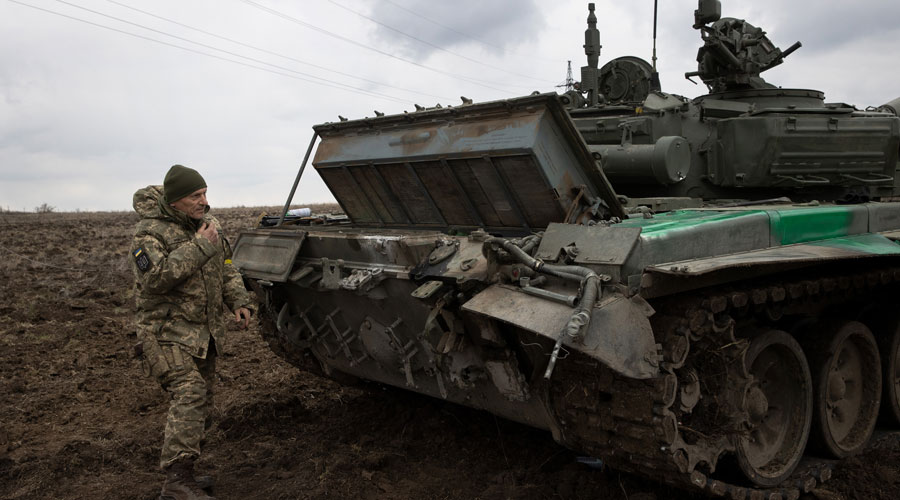 When it comes to war, generals say that “mass matters”.

But nearly two weeks into President Vladimir V. Putin’s invasion of Ukraine — Europe’s largest land war since 1945 — the image of a Russian military as one that other countries should fear, let alone emulate, has been shattered.

Ukraine’s military, which is dwarfed by the Russian force in most ways, has somehow managed to stymie its opponent. Ukrainian soldiers have killed more than 3,000 Russian troops, according to conservative estimates by American officials.

The Russian soldiers have been plagued by poor morale as well as fuel and food shortages. Some troops have crossed the border with MREs (meals ready to eat) that expired in 2002, US and other western officials said, and others have surrendered and sabotaged their own vehicles to avoid fighting.

To be sure, most military experts say that Russia will eventually subdue Ukraine’s army. Russia’s military, at 900,000 active duty troops and two million reservists, is eight times the size of Ukraine’s.

Russia has advanced fighter planes, a formidable navy and marines capable of multiple amphibious landings, as they proved early in the invasion when they launched from the Black Sea and headed towards the city of Mariupol.

And the western governments that have spoken openly about Russia’s military failings are eager to spread the word to help damage Russian morale and bolster the Ukrainians.

But with each day that Ukrainian President Volodymyr Zelensky holds out, the scenes of a frustrated Russia pounding, but not managing to finish off, a smaller opponent dominates screens around the world.

The result: Militaries in Europe that once feared Russia say they are not as intimidated by Russian ground forces as they were in the past.

That Russia has so quickly abandoned surgical strikes, instead killing civilians trying to flee, could damage Putin’s chances of winning a long-term war in Ukraine. The brutal tactics may eventually overwhelm Ukraine’s defences, but they will almost certainly fuel a bloody insurgency that could bog down Russia for years, military analysts say. Most of all, Russia has exposed to its European neighbours and American rivals gaps in its military strategy that can be exploited in future battles.

“Today what I have seen is that even this huge army or military is not so huge,” said Lieutenant General Martin Herem, Estonia’s chief of defence, during a news conference at an air base in northern Estonia with General Mark A. Milley, the chairman of the US Joint Chiefs of Staff.

General Herem’s colleague and the air force chief, Brigadier General Rauno Sirk, in an interview with a local newspaper, was even more blunt in his assessment of the Russian air force. “If you look at what’s on the other side, you’ll see that there isn’t really an opponent anymore,” he said.

Many of the more than 150,000 largely conscripted troops that Moscow has deployed across Ukraine have been bogged down north of Kyiv, the capital. The northeastern city of Kharkiv was expected to fall within hours of the invasion; it is battered by an onslaught of rocket fire and shelling, but still standing.

Every day, Pentagon officials caution that Russia’s military will soon correct its mistakes, perhaps shutting off communications across the country, cutting off Zelensky from his commanders. Or Russia could try to shut down Ukraine’s banking system, or parts of the power grid, to increase pressure on the civilian population to capitulate.

Even if they don’t, the officials say a frustrated Putin has the firepower to simply reduce Ukraine to rubble — although he would be destroying the very prize he wants. The use of that kind of force would expose not only the miscalculations the Kremlin made in launching a complex, three-sided invasion but also the limits of Russia’s military upgrades.

“The Kremlin spent the last 20 years trying to modernise its military,” said Andrei V. Kozyrev, the foreign minister for Russia under Boris Yeltsin, in a post on Twitter. “Much of that budget was stolen and spent on mega-yachts in Cyprus. But as a military adviser you cannot report that to the President. So they reported lies to him instead. Potemkin military.”

During a trip through the eastern European countries that fear they could next face Putin’s military, General Milley has consistently been asked the same questions. Why have the Russians performed so poorly in the early days of the war? Why did they so badly misjudge the Ukrainian resistance?

His careful response, before reporters in Estonia: “We’ve seen a large, combined-arms, multi-axis invasion of the second-largest country in Europe, Ukraine, by Russian air, ground, special forces, intelligence forces,” he said, before describing some of the bombardment brought by Russia and his concern over its “indiscriminate firing” on civilians.

Russia remains keen to play down the war and provides little information about its victories or defeats, contributing to an incomplete picture.

But a dissection of the Russian military’s performance so far, compiled from interviews with two dozen American, Nato and Ukrainian officials, paints a portrait of young, inexperienced conscripted soldiers who have not been empowered to make on-the-spot decisions, and a non-commissioned officer corps that isn’t allowed to make decisions either.

Russia’s military leadership, with General Valery Gerasimov at the top, is far too centralised; lieutenants must ask him for permission even on small matters, said the officials, who spoke on the condition of anonymity to discuss operational matters.

In addition, the Russian senior officers have proved so far to be risk-averse.

Their caution partly explains why they still don’t have air superiority over all of Ukraine, for example, American officials said. Faced with bad weather in northern Ukraine, the Russian officers grounded some Russian attack planes and helicopters, and forced others to fly at lower altitudes, making them more vulnerable to Ukrainian ground fire.