NYT says the dead reporter was not on assignment for them 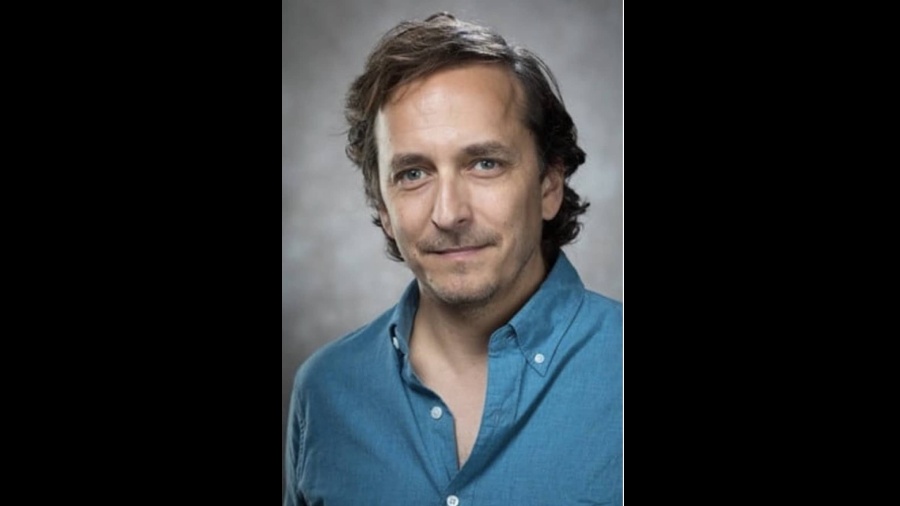 More than 2,100 residents of Ukraine's city of Mariupol have been killed since hostilities began, the local authorities have said.

"As of today, 2,187 Mariupol residents have died from attacks by Russia," the city council posted on Telegram, raising the toll by almost 1,000 since Wednesday, when they said 1,207 civilians had died in the first nine days of the siege.

These numbers could not be independently verified.

"People have been in a difficult situation for 12 days. There is no electricity, water or heating in the city. There is almost no mobile communication. The last reserves of food and water are running out," the council said.

Russian forces have continued to shell non-military targets in the southern port city and several attempts at civilian evacuations have failed due to the fighting.

Taking Mariupol and other ports on the Azov Sea could allow Russia to establish a land corridor to Crimea, which it seized from Ukraine in 2014.

Russia, Ukraine both speak of progress in cease-fire talks

Russian and Ukrainian officials gave their most optimistic assessments yet of progress on cease-fire talks, suggesting there could be positive results within days.

"We will not concede in principle on any positions," Ukrainian negotiator and presidential adviser Mykhailo Podolyak said in a video posted online. He added that the Kremlin now understands this and "is already beginning to talk constructively."

"I think that we will achieve some results literally in a matter of days," he said.

"According to my personal expectations, in the coming days this progress may grow into a joint position of both delegations, into documents for signing," Slutsky said.

Neither side indicated what the scope of any agreement might be.

Separately, US Deputy Secretary of State Wendy Sherman said Moscow was showing signs of willingness to engage in substantive negotiations about ending the conflict.

Negotiators from Moscow and Kyiv have held several rounds of talks since Putin sent in troops to the country on February 24. Russian and Ukrainian foreign ministers also met in Turkey on Thursday.

US National Security Adviser Jake Sullivan will meet with China's top diplomat Yang Jiechi in Rome on Monday to discuss the war in Ukraine and its impact on regional and global security.

The meeting was planned for some time as part of a broader effort to maintain open channels of communication with Beijing and manage competition, National Security Council spokesperson Emily Horne said in a statement.

Separately, Sullivan told US broadcaster CNN that Washington was watching closely to see to what extent Beijing provided economic or material support to Russia.

"We will not allow that to go forward and allow there to be a lifeline to Russia from these economic sanctions from any country, anywhere in the world," Sullivan said.

Beijing, a key trading partner of Moscow, has refused to call Russia's actions an invasion, although Chinese President Xi Jinping last week did call for "maximum restraint" in Ukraine.

US will defend 'every inch' of NATO territory, says White House official

Sullivan told CBS News that President Biden has "been clear repeatedly that the United States will work with our allies to defend every inch of NATO territory and that means every inch."

The Biden aide also told CNN there would "absolutely" be consequences if China or others tried to help Russia evade Western sanctions.

NYT says the dead reporter was not on assignment for them

After initial reports stated that a New York Times reporter was killed in Irpin, near Kyiv, the US daily said the journalist was "not on assignment for any desk at The Times in Ukraine."

DW previously cited Kyiv police as saying that the man was a NYT reporter, based on a press ID found on his body. However, the paper said that the press badge "had been issued for an assignment many years ago."

DW has now amended the update on the reporter's death.

A video journalist with the New York Times Brent Renaud has reportedly been shot dead in Irpin, outside Kyiv, according to Kyiv police official Andriy Nebytov.

He shared images of the journalist's body, as well as his press ID and US passport.

The journalist is a Peabody and DuPont Award winning filmmaker, best known for producing humanitarian stories from conflict zones.

He has been a journalist for over two decades.

An unverified video appeared to show his journalist colleague being treated in a hospital with wounds. He described being shot at while in a car.

Ukraine's human rights ombudsman, Lyudmila Denisova, said Russia used phosphorous bombs during overnight attacks in eastern Ukraine. Use of these weapons in residential areas is prohibited under the Geneva convention.

Denisova shared a photo purporting to show an alleged phosphorus attack in the town of Pospasna in the eastern Luhansk region, but these claims have not yet been independently verified. A senior Ukrainian police officer previously accused Russian troops of launching phosphorus bomb attacks in Luhansk.

Russia hopes to lean on China amid sanctions

Russia said it is seeking help from China to shore up its economy amid western sanctions. Moscow claimed half of its foreign currency and gold reserves had been frozen by the West.

"We have part of our gold and foreign exchange reserves in the Chinese currency, in yuan. And we see what pressure is being exerted by western countries on China in order to limit mutual trade with China. Of course, there is pressure to limit access to those reserves," Russian Finance Minister Anton Siluanov said.

He said he hoped to increase partnership with China due to the closure of western markets.

The mayor of Dniprodrudne, Yevheniy Matvieyev, was kidnapped by Russian forces, according to Ukrainian officials such as Foreign Minister Dmytro Kuleba.

EU top diplomat Josep Borrell criticized the kidnappings as "another attack on democratic institutions in Ukraine." He accused Russia of attempting to establish "illegitimate government structures" in Ukraine.

Pope Francis has called for an end to the "massacre" in Ukraine, condemning Russia's "unacceptable armed attack" on its neighbor.

Francis decried the "barbarity" of killing children and civilians.

A bus transporting around 50 Ukrainians veered off the road in Italy, killing one person and leaving others injured, according to local Italian firefighters.

The accident occurred near Forli in the northern Emilia-Romagna region.

The Italian Interior Ministry said the bus was heading to the southern city of Pescara when it overturned.

Some 35,000 Ukrainians have arrived in Italy so far since Russia's invasion.

Germany has sent more than 440 tons of food to Ukraine via a new initiative, the government said.

"Every day we receive new reports of further terrible destruction. Solidarity with Ukraine and its people is a matter of honor," German Agriculture Minister Cem Özdemir told German news agency dpa. "We are doing everything we can to help people in the war zones."

The UK's Defense Ministry (MOD) said Russian forces are attempting to "envelop" Ukrainian troops in the eastern parts of the country "as they advance from Kharkiv in the north and Mariupol in the south."

The British MOD said "Russia is paying a high price for each advance as the Ukrainian Armed Forces continue to offer staunch resistance across the country."

An area outside the major western Ukrainian city of Lviv was reportedly targeted by a missile attack early Sunday.

Eight missiles are believed to have been fired at Ukraine's Center for International Peacekeeping and Security, according to Lviv's Regional Military Administration on Telegram. The center is located in Yavoriv, not far from the Polish border and some 40 kilometers (25 miles) northwest of Lviv.

No information has been made available about causalties from the reported strike.

The strike on the center could possibly be a Russian message intended for NATO. The US and other NATO countries previously conducted training exercises with the Ukrainian military at the center called Rapid Trident 21, according to the US Army website.

A Ukrainian general cited by the US army website said the Rapid Trident 21 exercises held at the Yavoriv center were "not just another stage of military skills improvement, but also an important step towards Ukraine's European integration."

NATO Secretary General Jens Stoltenberg expects a further intensification of the fighting and humanitarian crisis in Ukraine, he told the German newspaper Welt am Sonntag.

He said Ukrainians were resisting Russian forces with courage and determination, but the coming days could get worse.

Stoltenberg also dismissed recent "absurd claims" by Moscow that the US was secretly operating laboratories in Ukraine to make chemical and biological weapons.

"Now that these false allegations have been made, we must remain vigilant, because it is possible that Russia itself could be conducting missions with chemical weapons under this tissue of lie," he said.

He also rejected calls for NATO to impose and enforce a no-fly zone over Ukraine. "That could mean a direct confrontation and escalation. We need to end this war, not let it expand," he added.

As a message to Russian President Vladimir Putin, he said: "End this war, withdraw all your forces back and commit to diplomacy."

According to media reports, a new mayor has been installed in southeastern Ukraine's Melitopol city after the previous mayor Ivan Fedorov was reportedly abducted by Russian troops.

Ukraine's Foreign Ministry said the abduction of the elected mayor was a gross violation of international law and a "war crime under the Geneva Conventions."

"The perpetrators of this and other crimes will be brought to the strictest responsibility," said the ministry in a Facebook post.

President Volodymyr Zelensky addressed fellow Ukrainians in an online speech and reiterated their right to live in their land on their own terms.

"The occupiers on the territory of the Kherson region are trying to repeat the sad experience of the formation of pseudo republics," Zelensky said.

"They are blackmailing local leaders, putting pressure on deputies, looking for someone to bribe," he added.

Zelensky said such "pseudo republics" would end up being isolated from the rest of the world and face poverty, crime and exodus.

Zelensky said the withdrawal of IT professionals, businesses and artists from Russia was the fate that awaited Donetsk and Luhansk as well.

Towns and villages in the Kherson region have been under occupation by Russian troops since the first days of the war.

Urging Ukrainians to continue their fight, he said they would regain what is theirs. "Ukraine will not forget. Ukraine will find and prosecute," he said.

Zelensky said the agreed-upon humanitarian corridors worked and that aid would be arriving in Mariupol on Sunday.

Summary of events in Ukraine-Russia crisis on Saturday

Meanwhile, the UK Ministry of Defence said "the bulk of Russian ground forces" were about 25 kilometers (15 miles) from the center of Kyiv. "If they decide to carpet bomb [Kyiv], and simply erase the history of this region ... and destroy all of us, then they will enter Kyiv. If that's their goal, let them come in, but they will have to live on this land by themselves," Zelensky said.

About 13,000 people were evacuated from a number of Ukrainian cities on Saturday, Deputy Prime Minister Iryna Vereshchuk said. It is almost twice the number who managed to get out on Friday.

Satellite images from before and after Russia's attacks show significant destruction of civilian infrastructure in the port city of Mariupol. Russian forces advanced Saturday into the city's eastern outskirts, but Ukraine says it was still in charge of the city.

US President Joe Biden has authorized $200 million (Є183 million) in additional weapons and other assistance for Ukraine, the White House has said.

Der Spiegel reported Saturday that Germany was to set up a task force to help enforce sanctions against Russian oligarchs. Several countries, including Italy, France and the UK, have already seized assets belonging to Russian billionaires.