More than half a million Ukrainians have fled the fighting 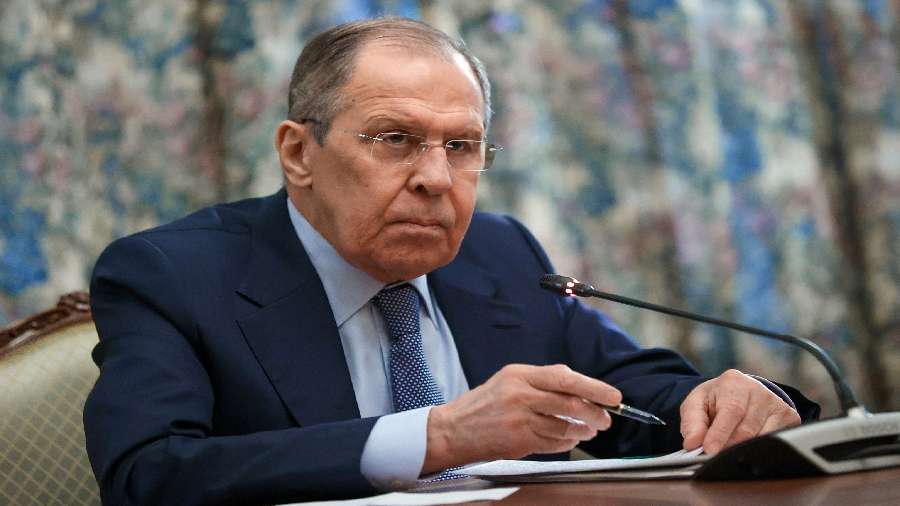 Russian Foreign Minister Sergei Lavrov said on Wednesday that if a third World War were to take place, it would involve nuclear weapons and be destructive, the RIA news agency reported.

Lavrov has said that Russia, which launched what it calls a special military operation against Ukraine last week, would face a "real danger" if Kyiv acquired nuclear weapons.

A week after launching its invasion of Ukraine, Russia said its forces took control the first sizable city on Wednesday, seizing Kherson, in the south, as fighting raged around the country and Western nations tightened an economic noose around Russia.

More than half a million Ukrainians have fled the fighting since Russian President Vladimir Putin ordered a full-scale invasion of his southern neighbour nearly a week ago.

"While he may make gains on the battlefield, he will pay a continuing high price over the long run," U.S. President Joe Biden said at his State of the Union address. Straying from the prepared text, Biden added "He has no idea what's coming." He did not elaborate.

The invaders' advances have been met with fierce resistance by Ukrainian forces and a miles-long Russian military convoy north of Kyiv has made little progress towards the capital.

In a video address on Wednesday, Zelenskiy said nearly 6,000 Russians had been killed in the first six days of Moscow's invasion, and that the Kremlin would not be able to take his country with bombs and air strikes.

Biden further ratcheted up sanctions on Moscow, joining the European Union and Canada in banning Russian planes from U.S. airspace.

He also said the Justice Department would seek to seize the yachts, luxury apartments and private jets of wealthy Russians with ties to Putin.