The ruling United Russia party, which backs President Putin, has lost one third of its seats in the Moscow parliament 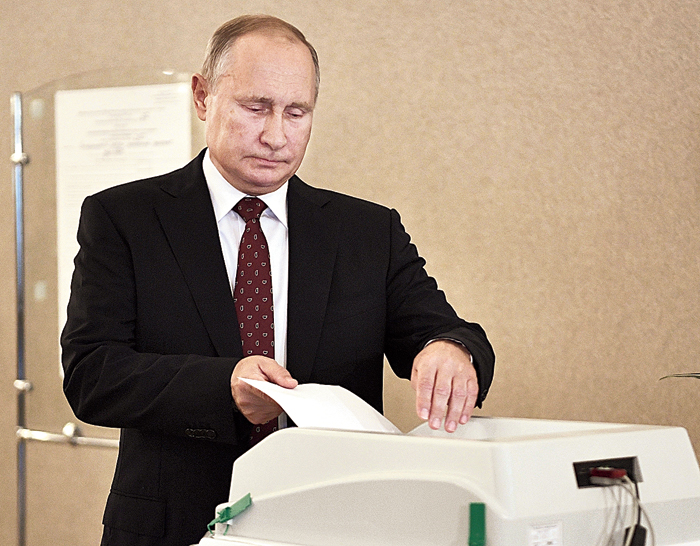 Russia’s ruling United Russia party, which backs President Vladimir Putin, has lost one third of its seats in the Moscow parliament, near complete data cited by Russian news agencies showed on Monday, in an awkward setback for the Kremlin.

However, the party still retained its majority in the Moscow assembly following Sunday's nationwide local elections, and its candidates for regional governor appeared to have won in St Petersburg and in 15 other parts of the vast country.

The outcome of the local elections was closely watched in Moscow after the exclusion of many opposition candidates triggered the biggest protests there in nearly a decade.

Public anger over more than five years of falling incomes and an unpopular hike in the pension age also helped fuel the Moscow protests, with the Communist Party benefiting most in Sunday’s polls from the discontent. Putin’s spokesman told reporters the Kremlin thought United Russia had done well despite the setback in Moscow.

“In general the election campaign across Russia was very successful for the United Russia party. It won more in some places than others. But in general for the country the party showed its political leadership,” said the spokesman, Dmitry Peskov.

The Kremlin was not inclined to link the Moscow result to a protest vote, added Peskov.

Prominent Opposition politician Alexei Navalny and his allies saw the Moscow poll as an opportunity to make inroads against United Russia ahead of a national parliamentary election in 2021.