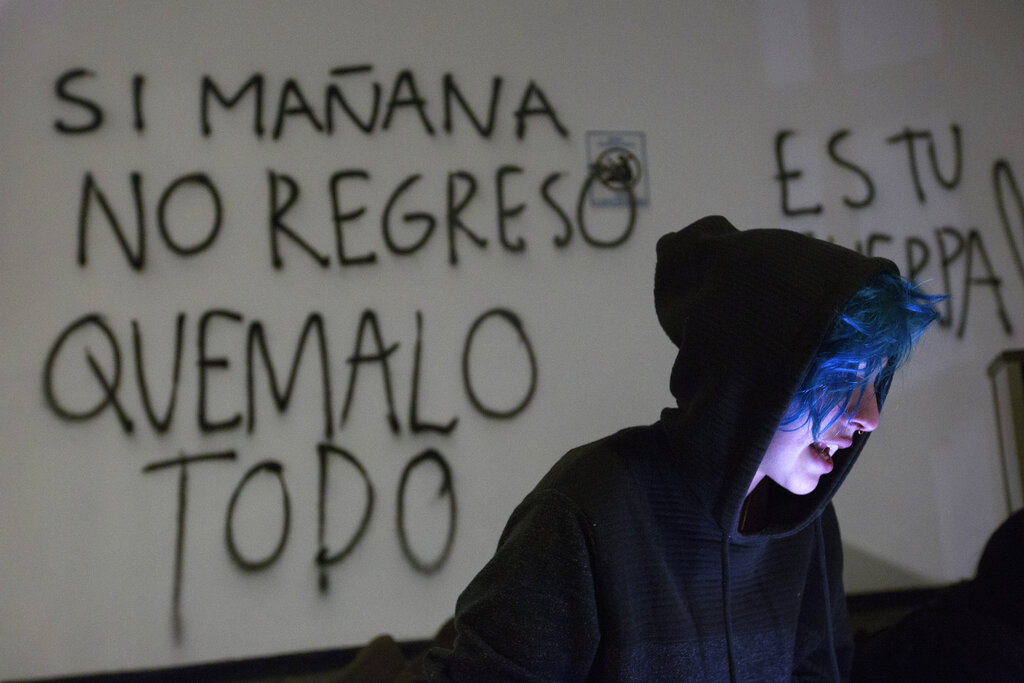 Messages in the background reading, "If tomorrow I do not return, burn it all", left, and "It's your body", Rebeca, a 20-year-old student, reads aloud during an indefinite take-over of the School of Political and Social Sciences of the National Autonomous University of Mexico (UNAM) in Mexico City
AP
AP   |     |   Published 01.03.20, 06:55 AM

Anger at increasing violence against woman — and at seeing abusers go unpunished — has led students to take over at least 10 schools or departments at Latin America's largest university. 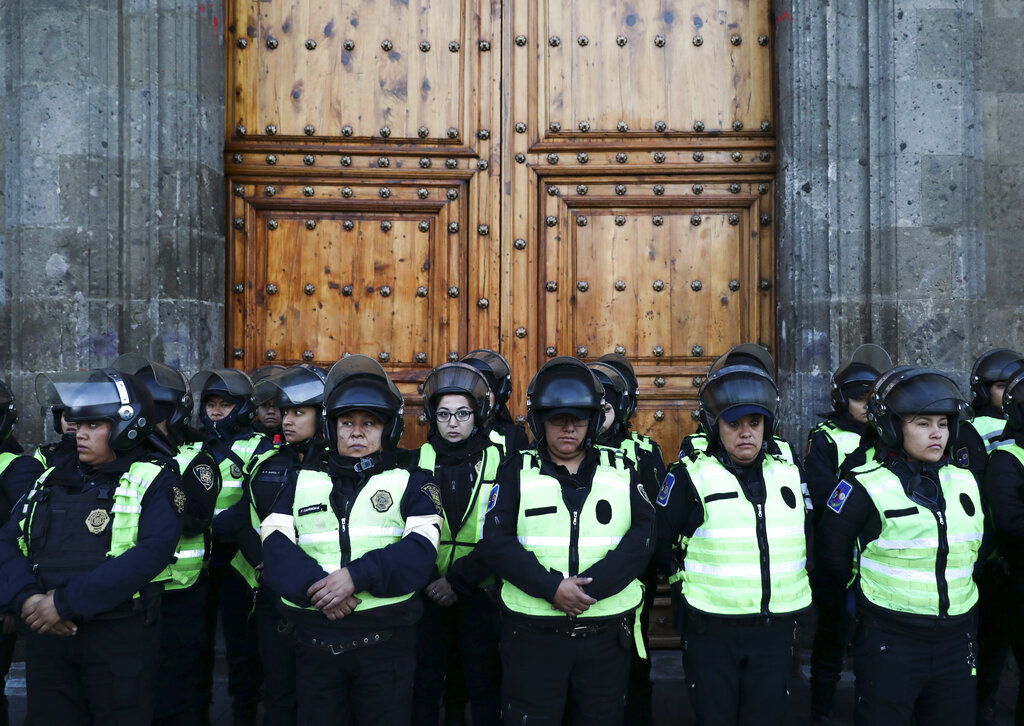 An 18 February, 2020 picture of police as they stand guard outside the National Palace, that includes the presidential residence and office, during a protest by women against gender violence in Mexico City, Tuesday. The killing of a 7-year-old girl on the southern outskirts of Mexico City has stoked rising anger over the brutal slayings of women, including one found stabbed to death and skinned earlier this month.
AP

The young women occupying the Department of Political and Social Sciences at the National Autonomous University have blockaded the doors and armed themselves with metal bars against possible intruders. So far, however, authorities have made no move to oust them.

The on-and-off occupation, which began in October, has disrupted classes, frustrating some other students. But they have also won some concessions from university administrators, who on Friday announced plans to get up special units to handle complaints of gender violence in each department and to create a coordinator to oversee the issue.

Feminist slogans are spray painted on the walls and the woman sleep on couches pulled from faculty offices. Well-wishers have donated food — sandwiches, cookies, and instant soup. 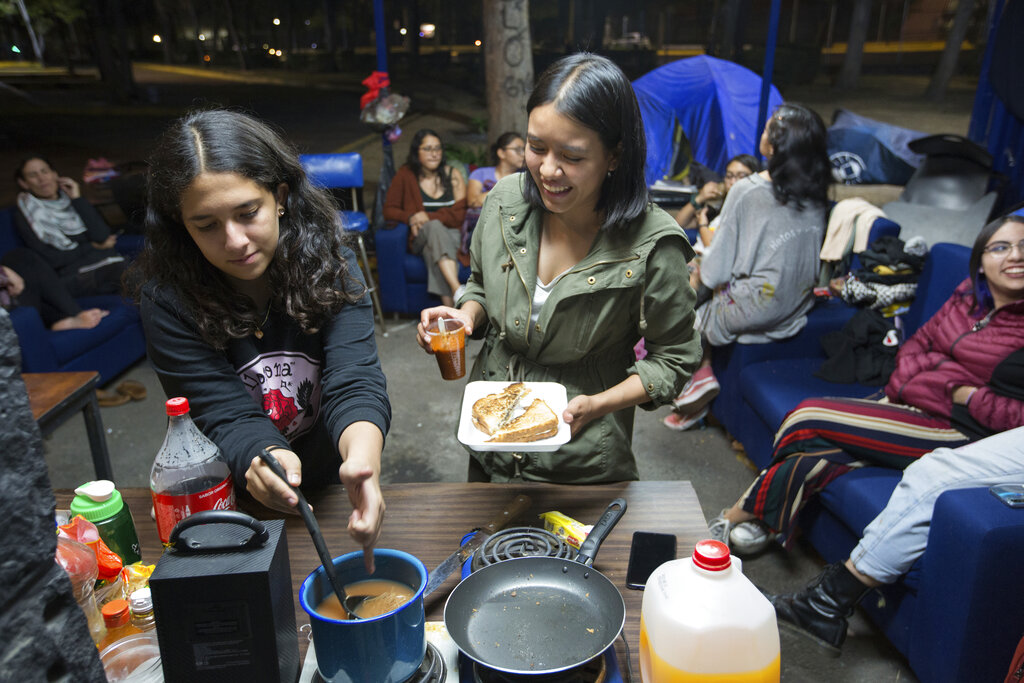 In this February 24, 2020 photo, Ximena, 19, left, and Melani, 20, prepare food for fellow students during an indefinite take-over of the School of Political and Social Sciences of the National Autonomous University of Mexico, or UNAM, in Mexico City. Since October, the students have forcibly occupied several schools and faculties to demand security and greater punishment for acts of gender violence.
AP

Mexico recorded 3,825 cases of women killed because of their gender last year, a rise of 7 percent over the year before, and there have been several highly publicized attacks even on the university's sprawling campus.

A 22-year-old student, Lesvy Berlín, was killed on campus in 2017 — an attack for which her boyfriend was later convicted. Activists were outraged that officials initially treated the case as a suicide.

The activists also complain officials haven't done enough to stop harassment and violence and say they often cover up for faculty or others accused of harassment or worse.

“Women are waking up,,”said Andrea Ballarte, an 18-year-old sociology student. Ï don't think,being a feminist is something you have to choose. I see it as a necessity to survive this system that treats us like meat, like a bag of trash.'