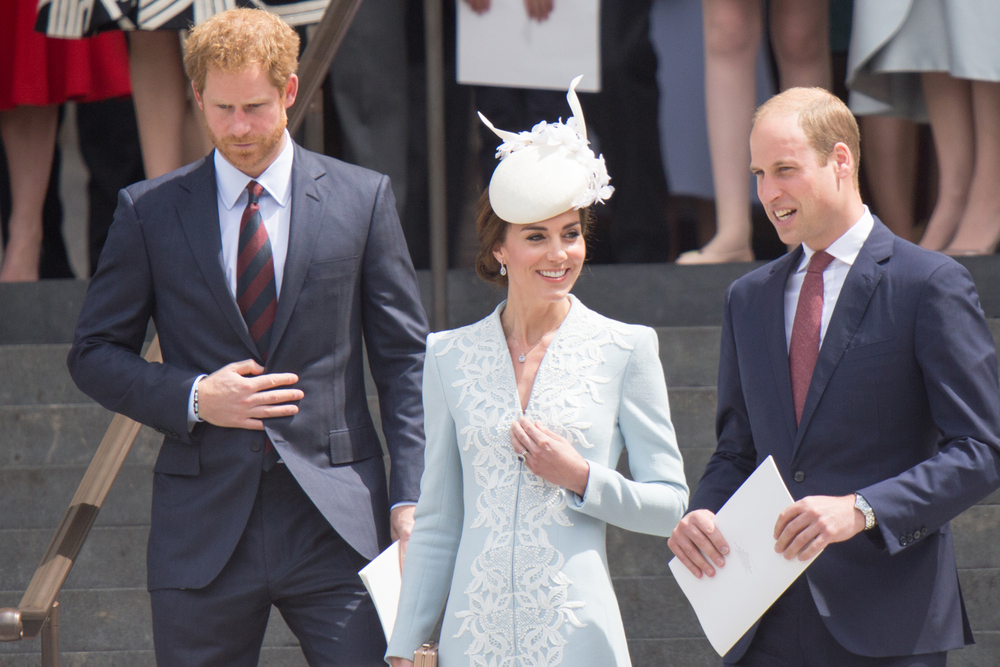 Prince Harry appears to have confirmed that he and his elder brother Prince William are not as close as they once were by telling a TV documentary that “we are certainly on different paths at the moment”.

Harry said: “I will not be bullied into playing a game that killed my mum.”

Harry and William were only 12 and 15 when Princess Diana was killed in a car crash in 1997 after being pursued by paparazzi photographers in a Paris tunnel — the brothers were made to walk behind her funeral cortege.

Later tonight, the BBC quoted a palace source as saying there was a view that the couple were “in a fragile place”. William was worried about his younger brother and hoping that they “are all right”, the source said.

Meanwhile, his wife, Meghan, Duchess of Sussex, who is suing The Mail on Sunday for breach of copyright after it published extracts from a letter written to her estranged father in America, admitted that she was finding it hard to cope with being a member of the British royal family.

The couple, who recently concluded a 10-day trip to southern Africa, spoke at length to Tom Brady, a long-time friend of the Duke of Sussex, for an ITV documentary, Harry & Meghan: An African Journey.

In marked contrast, William and Kate, the Duke and Duchess of Cambridge, now the parents of three children, seem to have settled into a harmonious marriage. Typically, coverage of their five-day trip to Pakistan has relied on happy pictures of the couple.

Meghan has been on the receiving end of sharp criticism, mainly from white women feature writers and columnists. Whether her mixed race origins are the underlying problem is a matter of opinion.

Palace aides had repeatedly denied reports of a rift between the Sussexes and the Cambridges, who had once been championed as the royal family’s “Fab Four”.

But asked how much of the speculation was true, Harry pointedly refused to deny a falling out.

“We don’t see as much as we used to because we are so busy but I love him dearly and the majority of stuff is created out of nothing. As brothers, you have good days, you have bad days.”

Asked whether Meghan faced the same pressures as his mother once had, Harry answered: “I think I will always protect my family, and now I have a family to protect.

“So everything that she (Diana) went through, and what happened to her, is incredibly important every single day, and that is not me being paranoid, that is just me not wanting a repeat of the past.”

Meghan revealed she had been warned by her British friends not to marry Harry. As an American, she “very naively” thought this did not make any sense, adding: “I’m not in tabloids. I didn’t get it, so it’s been complicated.

“It’s hard. I don’t think anybody could understand that, but in all fairness I had no idea, which probably sounds difficult to understand... when I first met my now-husband my friends were really happy because I was so happy, but my British friends said to me, ‘I’m sure he’s great but you shouldn’t do it because the British tabloids will destroy your life’.”

She told Bradby: “In all honesty I have said for a long time to H — that is what I call him — it’s not enough to just survive something, that’s not the point of life. You have got to thrive. You have got to feel happy, and I think I really tried to adopt this British sensibility of a stiff upper lip.

“I tried, I really tried, but I think what that does internally is probably really damaging, and the biggest thing that I know is that I never thought this would be easy but I thought it would be fair, and that is the part that is hard to reconcile but (I) just take each day as it comes.”

Bradby pointed out that her position of privilege, wealth and fame comes with scrutiny.

Meghan responded: “When people are saying things that are just untrue, and they are being told they are untrue but they are allowed to still say them, I don’t know anybody in the world who would feel that’s OK and that is different from just scrutiny.

Harry has also begun legal action at the High Court in relation to the alleged illegal interception of voicemail messages by Sun, (the now defunct) News of the World and Daily Mirror journalists.

Commenting on the interviews, the BBC’s royal correspondent Jonny Diamond said: “Harry has learned to be diplomatic. But his words about his brother confirm that, perhaps unsurprisingly given the way his life has changed, they are not that close any more. Of course, there will always be love. But things have changed.

“Meghan is a superb communicator and her message was controlled, carefully thought out and brilliantly delivered. ‘I never thought it would be easy,’ she said of tabloid newspaper coverage, ‘but I thought it would be fair.’ She’s clearly horrified at her portrayal over the past few months. The British pride themselves on being fair and her use of that word stung.”

Harry is expected to visit India as a Commonwealth youth ambassador. He has called on Gopi Hinduja, co-chairman of the Hinduja Group, to discuss his role.