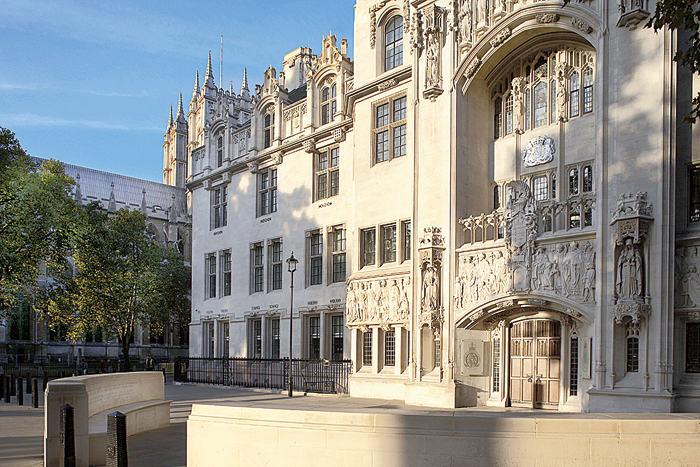 The Supreme Court of the United Kingdom will act as a sort of Third Umpire next week and decide whether Boris Johnson acted illegally in advising the Queen to prorogue Parliament, the Prime Minister having been given out plumb lbw by the highest court in Scotland.

The High Court in London has ruled in Boris’s favour in a case brought by the anti-Brexit campaigner Gina Miller, a feisty woman of Sikh origin from Guyana, but this decision will be reviewed simultaneously by the Supreme Court, which is the final court of appeal in the UK for civil cases.

The court of session in Edinburgh takes precedence over the High Court in London, so it will be the task of the Supreme Court to the ultimate arbiter in deciding whether Boris acted illegally or not in proroguing Parliament.

Since this is widely recognised as being possibly the most important judgment the Supreme Court will ever have made, there is pressure on the judges from pro-Brexit newspapers and commentators to reverse the lbw decision.

Next week’s hearing will begin on Tuesday before nine judges — the usual figure is five. The court will sit as long as required.

“The hearing will be open to the public on a first-come, first-served basis in the usual way, and we plan to provide additional overflow spaces in the other courtrooms,” said a spokeswoman for the Supreme Court. “The case will also be live-streamed and available to watch online.”

The president of the panel is a woman, Lady Hale, who will be joined by eight of the most senior judges in the land: “Lord Reed, deputy president; Lord Kerr; Lord Wilson; Lord Carnwath; Lord Hodge; Lady Black; Lord Lloyd-Jones; and Lord Sales.”

At its heart is the fundamental question of whether judges can intervene in the area of politics. “No” is one answer for those who want to keep the judiciary separate from the actions of the executive. Equally, “yes” is the response from those who argue that only judges can prevent excesses by the executive.

British judges pride themselves on being independent and hold themselves to be models for their counterparts in other democracies. They routinely undertake overseas lecture tours to explain the duty of judges in a modern, progressive society.

However, even British judges are human and will remember only too well the campaign of hate stirred up by the pro-Brexit Daily Mail, under Paul Dacre as editor, when the Supreme Court ruled in favour of Gina Miller in a case she brought against the then Prime Minister Theresa May.

The judges, who ruled the government could not trigger Article 50, taking the UK out of the EU, without the consent of MPs, were damned by the Mail on November 4, 2016, as “Enemies of the People”, with pictures of the offending lordships plastered all over the front page.

Since the High Court in London ruled recently in Boris’s favour and Court of Session in Edinburgh against him, the conflict is already being characterised by some as one between England and Scotland. There are genuine fears that inflaming such passions could encourage the eventual breakup of the United Kingdom so the stakes could not be higher.

The Court in Scotland – described by some as “Scottish judges” – said in an especially damaging sentence that “the Prime Minister’s advice to HM the Queen and the prorogation which followed thereon was unlawful and is thus null and of no effect”.

Nothing could be more serious than suggesting Boris lied to the Queen in getting her to prorogue parliament. That is rather like saying the president of India was persuaded by the prime minister to declare a state of emergency on false pretences.

Boris understood the gravity of the ruling because on Thursday, during a visit to mark London International Shipping Week, he replied, “Absolutely not,” when asked point blank whether he had lied to the sovereign.

But he also played up the difference between the Scottish and English courts by adding: “The High Court in England plainly agrees with us but the Supreme Court will have to decide.”

As it is, one of Boris’s ministers, Kwasi Kwarteng, has been slapped down for promoting the view that the Scottish judges were “biased”.

He used a classic technique during an interview with the pugnacious Andrew Neil on BBC TV when he said: “I’m not saying this, but, many people... are saying that the judges are biased.”

Kwarteng, who is minister of state at the department for business, energy and industrial strategy, went on: “I think that they are impartial, but I’m saying that many people, many Leave voters, many people up and down the country, are beginning to question the partiality of the judges.

“That’s just a fact. People are saying this all the time, they are saying, ‘Why are judges getting involved in politics?’ We’ve got to be honest about the debate. The extent to which lawyers and judges are interfering in politics is something that concerns many people.”

Even Boris, who is probably quietly confident he will get a reprieve from the Third Umpire, felt compelled to distance himself from his minister’s remarks: “Believe me, around the world people look at our judges with awe and admiration.”

Boris has been forced by parliament to release a secret document codenamed “Yellowhammer”, which predicts that in the event of a no deal Brexit, there will possibly be severe shortages of food, fuel and medicine. But he refused to handover (probably incriminating) email exchanges between his special advisers.

Overall the score is 2:1 in favour of Boris. On Thursday, the Belfast High Court High Court dismissed charges that Boris’s strategy would damage the local economy.

Lord Justice Bernard McCloskey said in his ruling: “I consider the characterisation of the subject matter of these proceedings as inherently and unmistakably political to be beyond plausible dispute.

“Virtually all of the assembled evidence belongs to the world of politics, both national and supra-national.”

This, Boris hopes, will also be the line taken by the Supreme Court.

The left-leaning Guardian said in its leader comment that even if the Scottish decision is overruled on appeal next week, “the dishonesty of Mr Johnson’s prorogation gambit has been recorded as a matter of fact”.

It said that the Prime Minister had “abused his power” by having taken “a ceremonial function of the crown and weaponised it for ultra-partisan ends”.

“He gamed the vulnerability in the system, inveigling the Queen into a potentially unlawful enterprise,” the Guardian added.

But the conservative Daily Telegraph argued that the Scottish ruling was a dangerous development and called on the Supreme Court to overrule it.

“We are getting into murky constitutional waters when the courts seek to strike down a Crown decision to prorogue Parliament through the exercise of a prerogative power that the judiciary in the past would have considered beyond their purview.

“This is a matter of fundamental importance that goes far beyond the politics of Brexit and has significant implications for the future constitutional relationships between the institutions of the state.

“The Supreme Court must strike down the Court of Session ruling ... if this age-old balance is not to be dangerously upset.”

Boris was also backed by Richard Ekins, professor of law at Oxford, who described the decision by the Court of Session in Edinburgh as “a mistake. It forms part of a continuing, worrying trend for politically motivated litigation to secure some success in our courts, a trend which it is to be hoped the Supreme Court will bring to a halt.

“Prorogation is a process that is carried out within the Houses of Parliament and which is subject to the overriding constitutional principle that proceedings in Parliament should not be called into question in any court. That is, the Government’s advice to the Queen may have been unlawful but the prorogation could remain legally effective. There is a good argument, in other words, that even if the Supreme Court upholds the Court of Session and overrules the Divisional Court, it may not have the authority to end Parliament’s prorogation.”