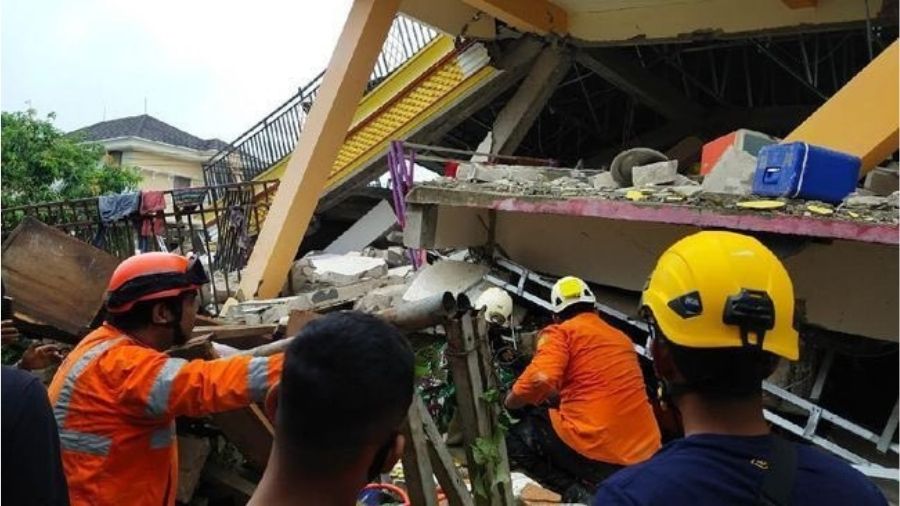 A powerful earthquake killed at least 35 people and injured hundreds on Indonesia’s island of Sulawesi on Friday, trapping several under rubble and unleashing dozens of aftershocks as authorities warned of more quakes that could trigger a tsunami.

Thousands of frightened residents fled their homes for higher ground when the magnitude 6.2-quake struck 6km northeast of the town of Majene, at a depth of just 10km, shortly before 1.30am (local time).

The quake and aftershocks damaged more than 300 homes and two hotels, as well as flattening a hospital and the office of a regional governor, where authorities told Reuters several people have been trapped under the rubble. “Praise be to God, for now OK, but we just felt another aftershock,” said Sukri Efendy, a resident.

As many as 35 people have been killed in Majene and in the district of Mamuju, with more deaths likely to be confirmed as rescue workers fan out, said Darno Majid, the chief of the disaster agency in West Sulawesi.

Divers have found the casing of the cockpit voice recorder from a Sriwijaya Air plane that crashed into the Java Sea last week.