Polak, who sold millions of water pumps in India, dies 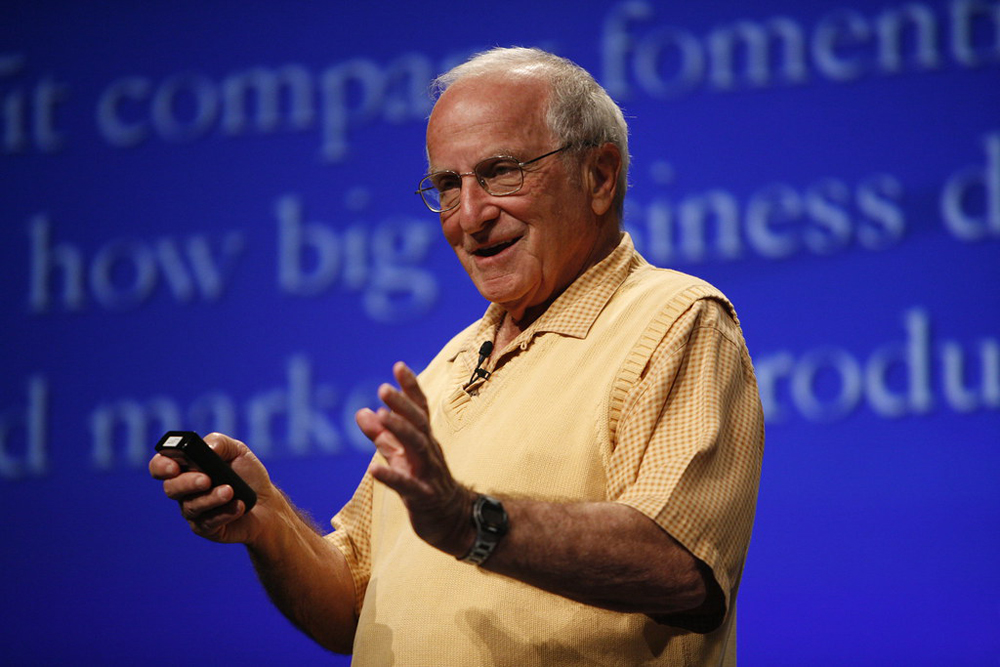 Paul Polak, a former psychiatrist who became an entrepreneur and an inventor with a focus on helping the world’s poorest people create profitable small businesses, died on October 10 in Denver. He was 86.

His daughter Kathryn Polak said the cause was heart failure. Polak lived in Golden, Colorado.

In an era when foreign aid is largely based on charity, Polak (pronounced POLE-ack) instead advocated training people to earn a living by selling their neighbours basic necessities like clean water, charcoal, a ride in a donkey cart or enough electricity to charge a cellphone.

Although the non-profit companies he created did accept donations, their purpose was to help poor people make money. His target market was the 700 million people around the world surviving on less than $2 a day, and he travelled all over the world seeking them out.

Before embarking on any project, Polak said he would interview dozens of villagers.

“I’ve interviewed over 3,000 families,” he said in 2011. “I spend about six hours a day with each one — walking with them through their fields, asking them what they had for breakfast, how far their kids walk to school, what they feed their dog, what all their sources of income are. This is not rocket science. Any businessman knows this: You’ve got to talk to your customers.”

His most successful project was in foot-powered treadle pumps to pull water out of the ground. Beginning in 1982, he sold millions for about $25 each in Bangladesh and India, he said. The company he created for the project, iDE for International Development Enterprises, now operates in Asia, Africa and Latin America.

The cost included the mechanism, which could be built in a local welding shop, and drilling the well. Polak’s organisation trained thousands of welders and drillers. The customers — small farmers — supplied the foot power and long bamboo handles for the pumps, the device resembling a crude elliptical trainer.

To sell them, Polak ran a publicity campaign: a singing, dancing Bollywood-style movie about a couple that could not marry because her father could not afford a dowry. But once he bought a pump and could grow vegetables in the dry season, when they fetch more money, love triumphed.

“OK, somewhat cheesy,” Polak admitted, “but we bought a van with a video set-up and took it to villages. A typical open-air audience was 2,000 to 5,000 people.”

By contrast, he said, the World Bank was subsidising expensive diesel pumps that drew enough water to cover 40 acres. They were handed out by government agents, who could be bribed, he said, and the richest landowner would thus become “a waterlord”, who could drain the aquifer supplying everyone else’s wells and then charge them for water.

“It was very destructive to social justice,” Polak said.

Another franchise company he started in India was Spring Health, which uses battery power to convert salt into chlorine. The bleach is used to disinfect local water, which is then sold door-to-door in refillable containers.

Franchisees get caps and shirts with distinctive blue raindrops, and street theatre troupes help uneducated people make the connection between dirty water and diarrhoea, which sickens millions of children every day and, when chronic, can leave them mentally and physically stunted.

Polak wrote two books about his ideas and experiences, Out of Poverty in 2008 and, with Mal Warwick, The Business Solution to Poverty in 2013.

In 2007, he helped arrange an exhibit, Design for the Other 90 Percent, at the Cooper-Hewitt National Design Museum in Manhattan. It displayed the kind of simple products he endorsed: drip-irrigation systems, inexpensive eyeglasses and 20-gallon plastic water containers in the shape of a wheel that could be rolled instead of carried on the head.

Polak was born in Prachatice, in what was then Czechoslovakia, on September 3, 1933, to Hugo and Marta (Baum) Polak. His father was a fruit-tree nurseryman, his mother a librarian. Six years later, fleeing the Nazis, the family ended up in the small town of Millgrove in Ontario with the help of a synagogue in nearby Hamilton.

Their first home had no electricity or running water, and Paul and his brother attended a one-room school. He later attended medical school at Western Ontario University and did his psychiatric residency at the University of Colorado.

At a student party, he was brewing beer in a washing machine — a money-saving measure — when he met Agnes M. Potter. They were engaged six days later, his daughter Kathryn said, and were married for 59 years. His other survivors include two other daughters, Amy Schefer and Laura Polak, and two grandchildren.

Polak practised psychiatry in the Denver area for 23 years and, for extra income, bought and managed small apartment buildings, drilled for oil and invented an oil-well pump jack. By 1981, he could afford to think about giving up medicine and focusing on real estate.

“But, instead of trying to become a Bill Gates or a Donald Trump, I came to the realisation that, beyond having enough money to cover my basic living expenses, the marginal value of accumulating more wealth was not really useful,” he told an interviewer this year.

Shortly afterwards, a friend working with the United Nations High Commission for Refugees invited him to Somalia, where he quizzed inhabitants of a resettlement camp about how they lived.

Seeing that transportation for water and wood was a major problem, he worked with local blacksmiths to repurpose parts scavenged from derelict cars. “We built 500 donkey carts and sold them to the refugees for $450 each,” he said.

The commission’s model, however, was charity, “so we had to fight the establishment”, he said. But many refugees had connections from whom they could borrow money, repaying the loans by carrying goods for others.

Earlier this year, Polak described a new project he was working on: carbonising mesquite chips and bamboo in motorised kilns made from chains of 55-gallon drums to see which made the best charcoal. He hoped to form a partnership with Mahindra, an Indian car and tractor maker, to encourage using renewable invasive plants instead of coal in rural stoves.

“We’re going to keep the whole system under $25,000,” said Stephan Reckie, who said Polak had made him the successor chief executive of Transform Energy, the company pursing the project. “It’s quicker than making charcoal the traditional way. We capture the off-gasses and reuse them, and we’re looking at a lot of employment for local people.”