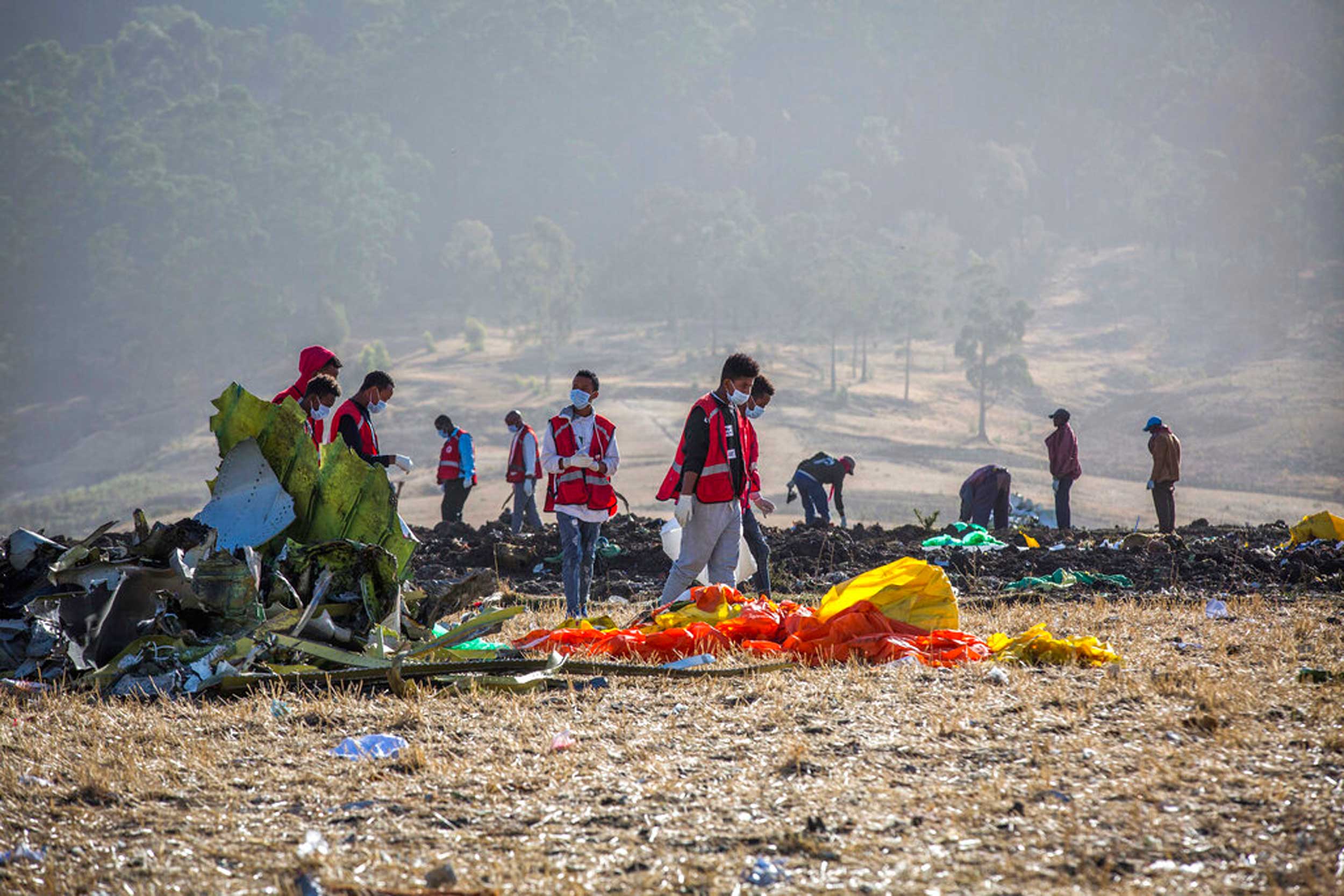 The crash of Ethiopian Airlines Flight 302 on March 10 followed the unrecoverable nose-dive almost five months earlier of another jet of the same model, a Boeing 737 Max 8, in Indonesia. Indonesian investigators have implicated a malfunctioning automated anti-stall programme in that disaster, in which the plane’s computer system appeared to override pilot directions based on faulty data.

The preliminary report into the Ethiopian Airlines crash is based on analysis from 18 Ethiopian and international investigators and information from the jet’s flight data recorder and cockpit voice recorder, the so-called black boxes that are designed to survive aviation accidents.

It was the first official investigation into the doomed Ethiopian Airlines flight, and the news conference on its findings included few details, but it confirmed some initial suspicions about the crash.

In Addis Ababa, the Ethiopian capital, the country’s minister of transportation, Dagmawit Moges, said that the flight crew repeatedly followed procedures recommended by the plane’s manufacturer “but was not able to control the aircraft”.

After the conference, however, Moges told The New York Times that MCAS had been active during Flight 302’s brief journey. “The pilots have turned the MCAS on and off, but I can’t say how many times because we will find that out when we have the final report,” she said.

The initial findings are likely to heighten scrutiny of the Max, Boeing’s newest and top-selling generation of jets.

Since the Ethiopian Airlines crash, airlines worldwide have grounded their Max fleets, amid concerns over the stall-prevention system’s apparent propensity to malfunction when fed erroneous data.

The crash of Ethiopian Airlines Flight 302, which killed all 157 people on board, came less than five months after Lion Air Flight 610 plunged into the sea off the island of Java, killing all 189 passengers and crew members.

Both 737 Max 8 jets crashed at high speed minutes after take-off in clear weather, following roller-coaster trajectories that hinted at desperate struggles by pilots to control planes seemingly immune to their interventions.

Investigations into both crashes are continuing. A final report on the Lion Air accident is expected in August. Ethiopian officials said on Thursday that their final findings may take a year.

Indonesian investigators have focused on whether the anti-stall system was triggered by incorrect data on the plane’s angle of attack, essentially a measure of an aircraft’s likelihood of stalling.

MCAS, the stall-prevention software, was introduced in all Boeing 737 Max jets, and it pushes a plane’s nose downward if data indicates that the aircraft could stall because it is angled upward too steeply.