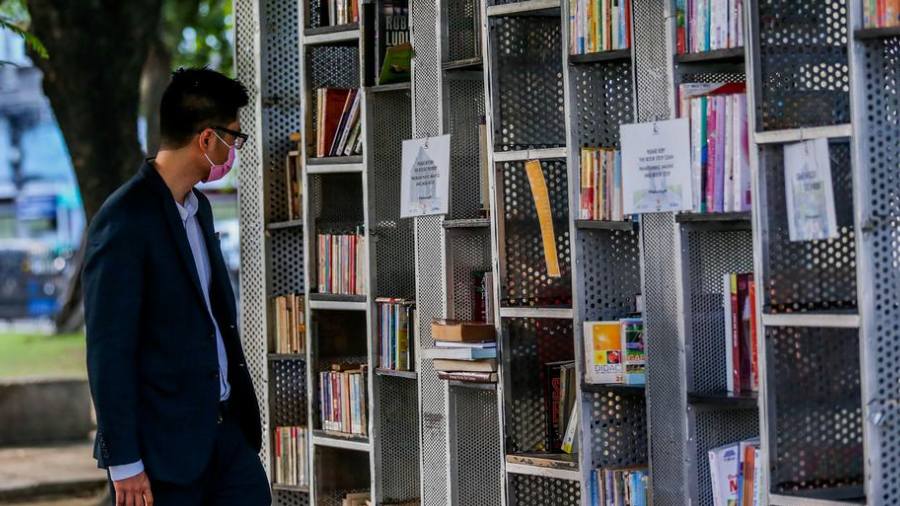 Independent authors and book publishers in the Philippines are coming under pressure for alleged ties to the country's Communist Party and for criticizing the government.

In August, the Commission on the Filipino Language (KWF) issued a memorandum calling for the removal of books containing "subversive, anti-Marcos and anti-Duterte contents" from public libraries.

The statement refers to former Philippine President Rodrigo Duterte, and his successor, Ferdinand Marcos Jr., both of whom have pursued hardline policies towards the media.

The KWF statement alleged that is own chairman, Arthur Casanova, had approved the books without its consent, saying it publishes books focused on "linguistics, grammar and ethnography."

The board of commissioners called Casanova's actions "illegal" and an "attack on the government." It added Casanova should be held responsible for "wasting taxpayers' money and inciting rebellion."

Casanova responded, warning that labeling books "subversive" is a "dangerous accusation which may already be stepping on the boundaries of freedom of expression and academic freedom."

In another case, a recent video posted on a pro-Marcos YouTube channel by Lorraine Badoy, the former head of a task force to end "Communist insurgency," tagged more than a dozen books by Filipino authors as anti-government because they included references written by the Communist Party of the Philippines.

The channel, SMNI News, has over 1.2 million subscribers.

In response, concerned citizens have taken to Twitter under the #HandsOffOurLibraries hashtag and set up a website documenting a "book censorship spree" across different provinces.

Dexter Cayanes, one of the authors who was red-tagged, said it he is falling victim to "certain political interests.

Last year, a Philippine government task force to "end local Communist armed conflict" cooperated with the military on the removal of books considered anti-government from libraries in state-run academic institutions.

Most of the books in questiondocumented the Communist insurgency in the Philippines and peace negotiations with the Communist Party.

La Solidaridad is an iconic, independent bookstore in Manila, which is a  popular hang-out for writers and literary enthusiasts. After the task force began its work, the store was vandalized with red paint, ostensibly marking it as part of the "Communist" movement in the Philippines.

Tonet Jose, who owns and manages La Solidaridad, told DW that while he is not a stranger to state repression of freedom of expression, the magnitude of the government crackdown is alarming.

"But I still see hope. After the news of the book ban came out, a lot of people came into the store looking to buy copies of the banned titles," Jose said.

The curated collection was in response to public demand for books that would educate the younger generation of Filipinos about the crime and corruption during the Philippines' two-decades long military rule.

On September 21, the Philippines marks the 50th anniversary of the declaration of martial law, an era which lasted from 1972 until 1981 and saw thousands of activists killed or jailed.

Several reports have shown that a massive and well-orchestrated disinformation campaign by the Marcoses was crucial in influencing public opinion and securing the presidency for the late dictator's son.