Ten families from Europe, Kenya, and Fiji have filed suit against the European Union over global warming threats to their homes and livelihoods, their lawyers said on Thursday. 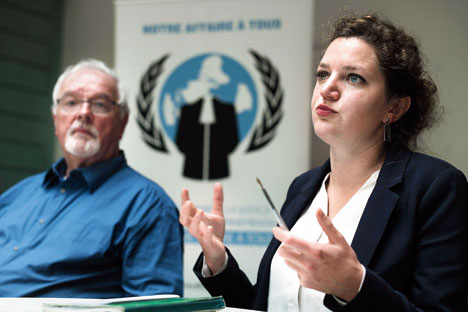 Paris: Ten families from Europe, Kenya, and Fiji have filed suit against the European Union over global warming threats to their homes and livelihoods, their lawyers said on Thursday.

The claim, nicknamed the "People's Climate Case", is the first of its kind brought against the EU, the group's lawyers said.

The families insist the bloc must do more to limit climate change caused by greenhouse gas emissions, and point to drought, glacier melt, sea level rise and flooding that will worsen as temperatures rise.

The plaintiffs before the European Court of Justice are "families living near the coast, families owning forests in Portugal, families in the mountains that see the glaciers melting, families in the north that are affected by permafrost melting," their lawyer Roda Verheyen told AFP.

They "are already being impacted by climate change, already incurring damage... and they are saying: 'EU, you have to do what you can to protect us because otherwise our damage will be catastrophical'," Verheyen said.

Previously, suits were filed in a bid to pressure individual governments to take tougher climate action.

In Paris in 2015, the world's nations agreed to limit average global warming to under two degrees Celsius over pre-Industrial Revolution levels.

This would be achieved by limiting emissions of planet-warming gases emitted by burning fossil fuels coal, oil and gas.

But these are forecast to still leave the planet on track for warming of 3.0 Celsius - a level scientists warn will entail more frequent super-storms, longer droughts and an island-swallowing rise in the sea level.

The average global temperature has already climbed about 1.0 Celsius, researchers said. The EU has pledged to reduce greenhouse gas emissions to 40 per cent below 1990 levels by 2030.

But the plaintiffs claim the goal is inadequate to protect "their fundamental rights such as the right to life, health, property, and occupation," according to the Climate Action Network (CAN) lobby group backing the court bid.