Calls for calm and restraint poured in on Friday from the US and the UN, with others including the EU and Jordan voicing alarm at the possible evictions 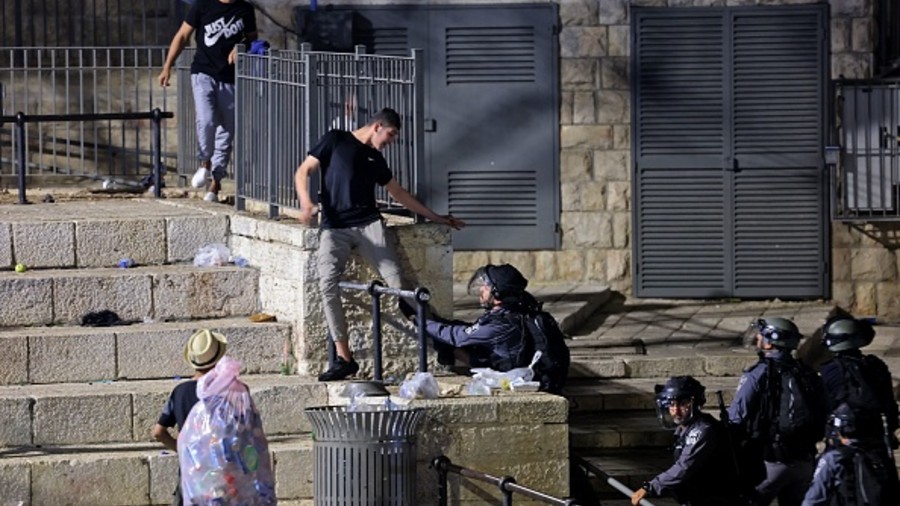 Israeli police fired rubber bullets and stun grenades towards rock-hurling Palestinian youth at Jerusalem’s Al-Aqsa mosque on Friday amid growing anger over the potential eviction of Palestinians from homes on land claimed by Jewish settlers.

Tension has mounted in Jerusalem and the occupied West Bank during Ramazan, with nightly clashes in East Jerusalem’s Sheikh Jarrah — a neighbourhood where numerous Palestinian families face eviction in a long-running legal case.

Calls for calm and restraint poured in on Friday from the US and the UN, with others including the EU and Jordan voicing alarm at the possible evictions.

Tens of thousands of Palestinians packed into the hill-top compound surrounding the mosque earlier on Friday for prayers. Many stayed on to protest against the evictions in the city at the core of the Israeli-Palestinian conflict.

But following the evening meal that breaks the Ramazan fast, clashes broke out at

“If we don’t stand with this group of people here, (evictions) will (come) to my house, her house, his house and to every Palestinian who lives here,” said protester Bashar Mahmoud, 23, from the  Palestinian area of Issawiya.

Sheikh Jarrah’s residents are overwhelmingly Palestinian, but the neighbourhood also contains a site revered by religious Jews as the tomb of an ancient high priest, Simon the Just.  The spokesman for the UN High Commissioner for Human Rights said the evictions, “if ordered and implemented, would violate Israel’s obligations under international law”.