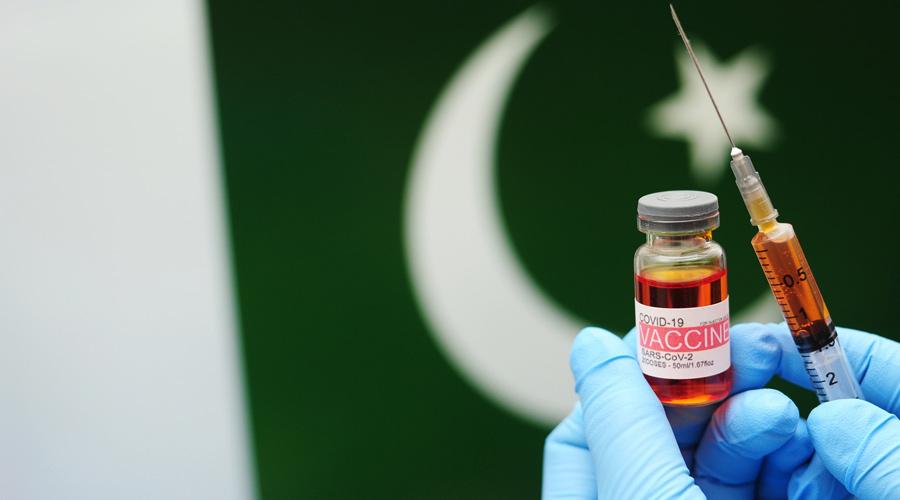 Pakistan reached a milestone in Covid vaccinations this week, health officials said: The number of people receiving shots surpassed one million a day.

But it took extraordinary measures, and much cajoling, to get there. Among other things, the government has threatened to shut off cellphone service, hold back salaries and prohibit air travel for anyone who isn’t vaccinated.

Officials say they have secured enough vaccine doses to inoculate the entire country by year’s end, and have justified the penalties as necessary for overcoming widespread vaccine hesitancy.

Proof of vaccination is required for school employees, and by the end of the month the requirement will be extended to hospitality and transport workers as well as public-sector employees.

In Karachi, the country’s bustling commercial hub and most populous city, long lines formed outside vaccination centers this week, and some fights broke out as people lost patience.

“I do not trust vaccines, not even in the presence of the coronavirus,” said Shahid Khan, a driver at a private company, who was waiting for a shot outside Karachi’s largest vaccination centre. “But I am forced to get inoculated so I can get my August salary and prevent my cellphone service from being blocked.”

About 26 million of Pakistan’s 220 million people have received at least one vaccine dose, according to the government.

Pakistan has largely relied on Chinese-made vaccines, including those made by Sinopharm and Sinovac, with smaller supplies of the Pfizer and AstraZeneca vaccines have been available since June.

Vaccine hesitancy is not new to Pakistan. The country has already grappled with disinformation around other long-established vaccines, particularly for polio, which remains endemic in the country.

Coronavirus cases are rising across the country, fuelled by the highly transmissible Delta variant. Pakistan is reporting an average of nearly 4,000 infections per day, lower than a previous surge in April but a 56 per cent increase from two weeks ago, according to New York Times data.

In Karachi in late July, more than 25 per cent of coronavirus tests came back positive, suggesting that a huge number of cases were going undetected. Officially, more than 23,000 people in Pakistan have died of the virus since the pandemic began, and about one million have been recorded as infected, but those numbers are almost certainly undercounts as testing has not been widely available.

At vaccination centres in Karachi, most people were not wearing masks or following social distancing guidelines, raising concerns among health experts that the rush for shots could fuel the spread of the virus.

A lawmaker of Pakistan’s ruling party was on Wednesday released on bail after he was pardoned by Prime Minister Imran Khan’s special assistant for calling him a “Qadiani”, a member of the minority Ahmadi community.

The police on July 27 arrested Nazir Chohan for calling Mirza Shahzad Akbar as a Qadiani.