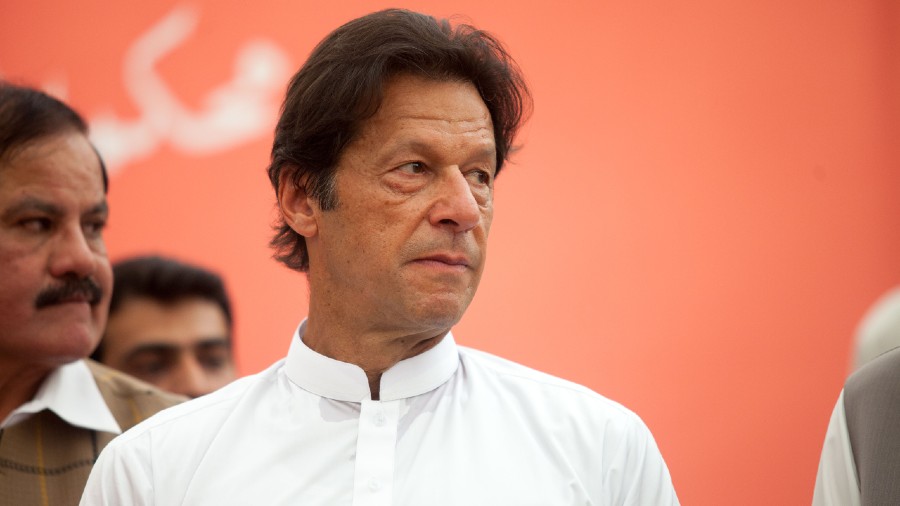 The Pakistan Tehreek-e-Insaf led by former premier Imran Khan on Wednesday, challenged in the Islamabad High Court the verdict of the Election Commission that the party was guilty of receiving funding from prohibited sources and also hiding its bank accounts.

Pakistan's Election Commission on Friday issued a notice to Khan and ordered him to appear personally on August 23 at the hearing in the prohibited funding case against his party.

Last week, Pakistan's Election Commission said that Khan's party received funds against the rules from 34 foreign nationals, including a businesswoman of Indian-origin, a damning indictment that may lead to the banning of the party.

The Pakistan Tehreek-e-Insaf (PTI) challenged the ruling in the Islamabad High Court. In a writ filed by its additional secretary general Omar Ayyub, the party asked the court to declare the Election Commission's decision as illegal and annul the show-cause notice issued to the party.

A three-member team of lawyers would defend the party in court.

The Election Commission of Pakistan in its long-awaited verdict ruled that the party did receive illegal funding and issued a notice to the party asking why the funds should not be confiscated.

The case was filed by the PTI founding member Akbar S Babar, and had been pending since November 14, 2014.

PTI chief Khan has rejected the verdict, saying it is a part of a political vendetta against him.

He also demanded that Chief Election Commissioner (CEC) Sikander Sultan Raja, who had headed the three-member bench that issued the verdict, resign.

The ruling coalition has demanded court proceedings against the PTI and its chief for violating the law of the land by accepting prohibited funding.

It is believed that the verdict can prove lethal for the PTI if it is prosecuted in a court of law over getting illegal funding.

Khan, in a speech on Thursday, rejected the verdict by saying that the funding was received by the party in 2012 when it was not prohibited. He accused his opponents of trying to oust him from politics on technical grounds.

The report states that fees were paid to Wootton Cricket Limited, which, despite the name, was in fact a Cayman Islands incorporated company owned by Naqvi, the founder of Dubai-based Abraaj Group.