Epidemic showcasing weaknesses in the govt, and the tensions between it and the country’s powerful military 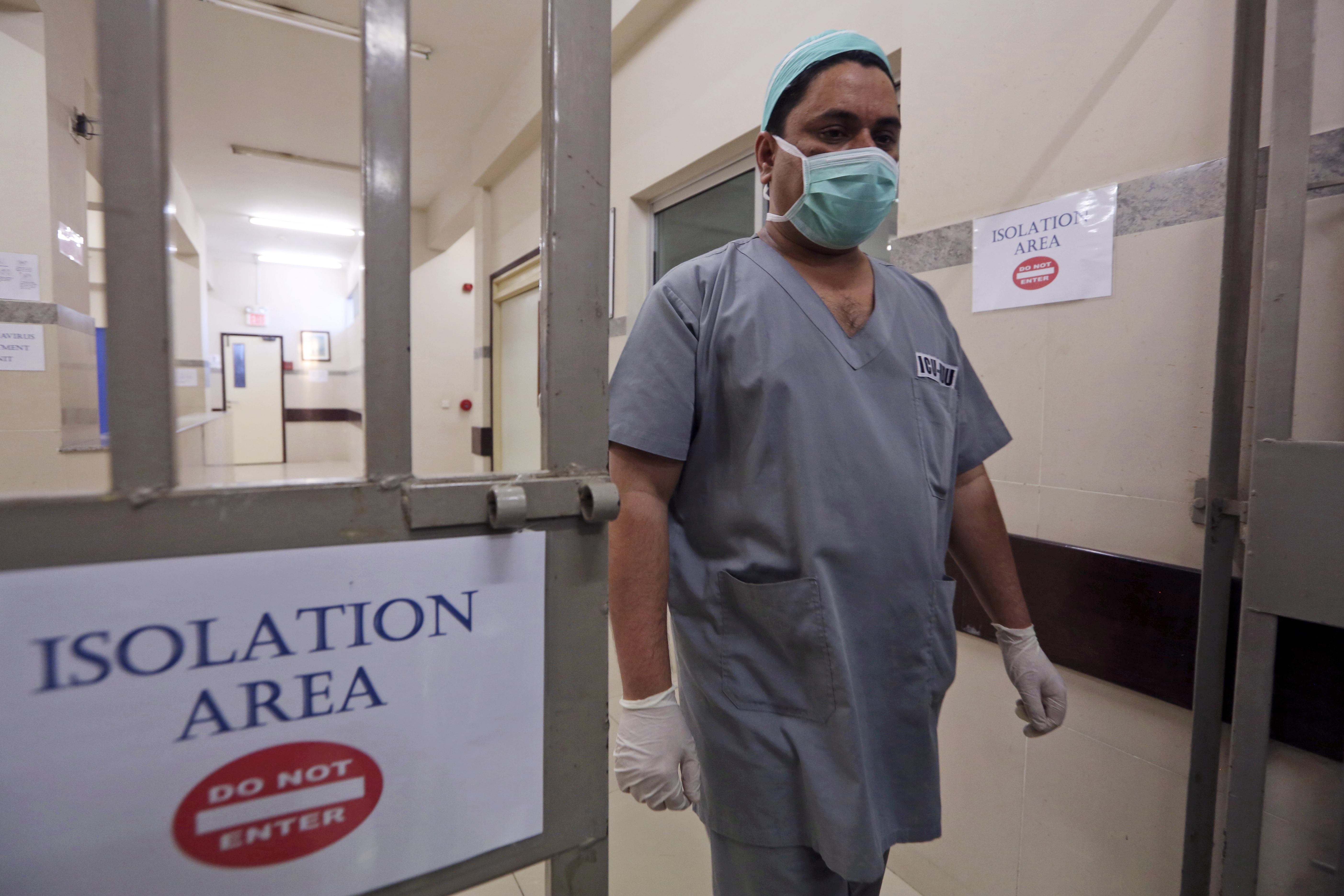 A Pakistan doctor walks out of an isolation ward set up as a preventative measure following the deadly Coronavirus outbreak, at the Jinnah Postgraduate Medical Center in Karachi, Pakistan on Monday
(AP)
New York Times News Service   |   Karachi   |   Published 26.03.20, 09:20 PM

Doctors are refusing to show up for work. Clerics are refusing to close their mosques. And despite orders to stay at home, children continue to pack streets across Pakistan to play cricket, their parents unwilling to quarantine them in crowded homes.

Pakistan is facing its biggest challenge ever: how to mobilise its broken state as the number of coronavirus cases rapidly spreads in the world’s fifth most populous country.

More than ever, the epidemic is showcasing weaknesses in the government, and the tensions between it and the country’s powerful military. Many within the country’s clerical establishment have refused to help, rejecting calls to limit mosque gatherings and bringing together at least 150,000 clerics from around the world this month in a religious gathering that helped spread the virus.

By Thursday afternoon, Pakistan’s cases had risen to 1,098, up from some 250 a week ago. Eight deaths have been reported. But many fear that the real numbers are much higher because of a lack of testing and, in some cases, suppressed information.

Already, Pakistan was struggling to provide electricity, water and adequate health care to its 220 million people. Diseases that have been controlled elsewhere, like rabies and polio, still persist here.

In recent weeks, as the coronavirus’s march across the globe was intensifying, Prime Minister Imran Khan played down its dangers. Pakistani officials bragged that the country was virus-free, but little was being done to set up testing anywhere.

Khan rejected calls from health care workers and provincial officials to enforce a lockdown, saying it would ruin the economy. Instead he urged citizens to practice social distancing and ordered everyone back to work, many returning to the sweltering, cramped factories that are the backbone of the economy.

Finally, the military stepped in on Sunday and sidelined Khan, working with provincial governments to deploy across the country and enforce a lockdown. They erected a maze of military checkpoints in cities like Karachi and sent police to violently disperse crowds.

But the action may be too late. Doctors and nurses are refusing to come to work, fed up with the weak initial response to contain the virus’s spread. And the extremist clerics who often heckle or march against the civilian government, with the tacit approval of the military, are refusing to help.

They largely ignored Khan’s call to limit Friday prayer gatherings. And even after the military deployed to try to enforce a lockdown, several clerics made videos that went viral in recent days, urging Pakistanis to come back to the mosques for prayers.

To avoid Friday prayers in the mosque would only invite God’s wrath at a time when they need his mercy, the clerics warned.

“We cannot skip Friday prayers because of fears of coronavirus,” said Shabbir Chand, a trader who attended packed Friday prayers in Karachi, the country’s biggest city. “Instead, we should gather in even larger numbers in mosques to pray to God to protect us from this fatal disease.”

People gathered for entertainment early Sunday evening outside an abandoned station in a Karachi slum.

A gathering of more than 150,000 people was held this month on the outskirts of Lahore by Tablighi Jamaat, one of the world’s largest proselytising groups. The event was eventually called off at the urging of officials, but the participants had already come, sleeping and eating in close quarters.

The gathering proved a perfect transmission point, infecting indeterminate numbers of Pakistanis, at least two Kyrgyz citizens and two Palestinians who flew home and introduced the virus in Gaza.