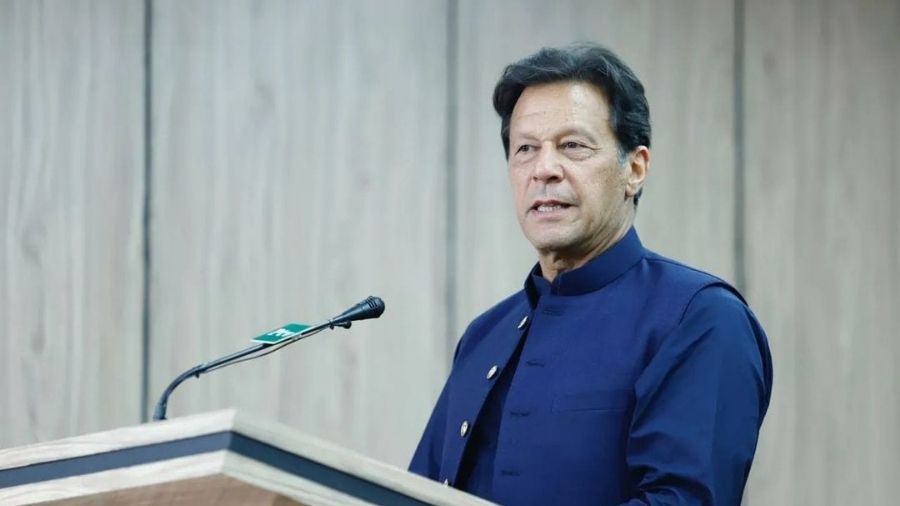 A Pakistani court on Wednesday granted protective bail to former prime minister Imran Khan in a case filed against him and his party leaders for allegedly submitting false affidavits to the election commission in connection with a prohibited funding case.

The Federal Investigation Agency filed the case against Khan, 69, and other senior leaders of his Pakistan Tehreek-e-Insaf (PTI) party on Tuesday.

According to the first information report (FIR), one Arif Masood Naqvi, who is the owner of the Wooton Cricket Limited, transferred ill-gotten money to a bank account registered under the name of Khan's party.

Khan, through his lawyer Salman Safdar, filed the petition in the Islamabad High Court in the morning which was taken up for hearing after the lawyer requested the court for immediate hearing.

Khan appeared before the court amid tight security.

After hearing the case, the IHC Chief Justice Athar Minallah granted bail to Khan until October 18 for a bond of Rs 5,000. The court also barred the FIA from arresting Khan.

Khan has been facing different cases since he was removed from office in April this year through a no-confidence vote. He has maintained that the cases were an act of political vendetta by the current government.

Khan was ousted from power in April after losing a no-confidence vote in his leadership, which he alleged was part of a US-led conspiracy targeting him because of his independent foreign policy decisions on Russia, China and Afghanistan.

The cricketer-turned-politician, who came to power in 2018, is the only Pakistani Prime Minister to be ousted in a no-confidence vote in Parliament.