Advertisement
Home / World / Our earliest homeland has been pinpointed

Our earliest homeland has been pinpointed 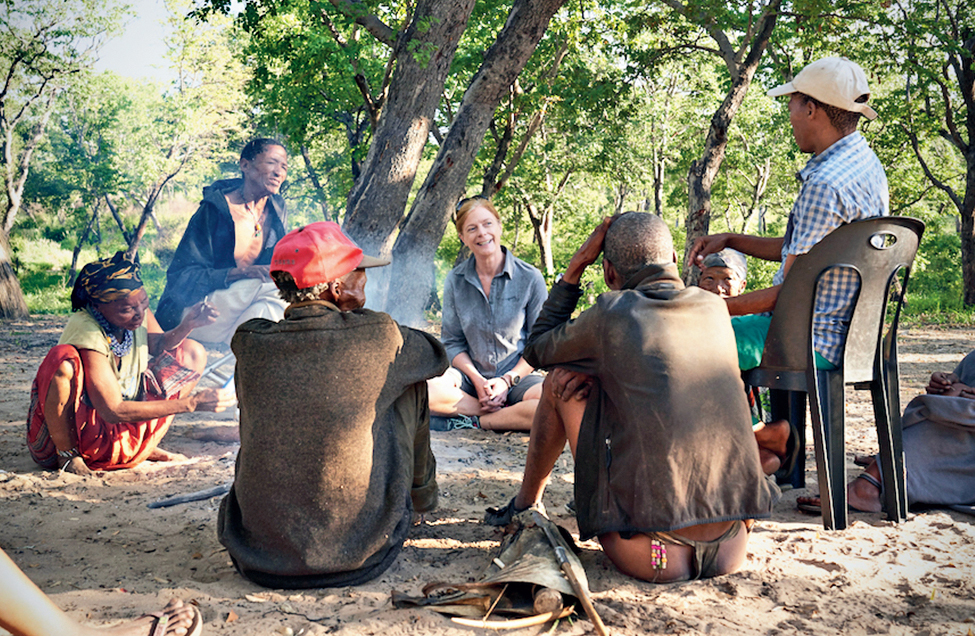 Modern humans emerged in lush wetlands south of the Zambezi river in southern Africa around 200,000 years ago, scientists said on Monday, pinpointing for the first time the earliest “homeland” of all the people alive today.

Their study combined genomic, climate and geological data to suggest these early modern humans had remained in this homeland — stretching across present-day northern Botswana, Namibia and Zimbabwe — for around 70,000 years before migrating northeast and then southwest.

The scientists analysed mitochondrial DNA, or genetic material inherited from mothers, to refine the evolutionary tree of anatomically modern humans, or Homo sapiens sapiens, and traced the earliest maternal lineages to the region south of the Zambezi river basin. They published their findings in the journal Nature on Monday.

At present, the region is largely arid but geological studies have revealed it once held Africa’s largest water body, Lake Makgadikgadi, which began drying and gave rise to a vast wetland before the emergence of modern humans. Scientists say the wetlands would have provided an ecosystem teeming with wild animals and conducive to prolonged occupation.

“We’ve known for a long time that modern humans originated in Africa. What we hadn’t known until now is where exactly this homeland was,” said Vanessa Hayes, a geneticist at the Garvan Institute of Medical Research in Sydney, Australia, and the lead author of the study.

Lake Makgadikgadi has since dried up into salt pans in northern Botswana but the nearby Okavango river delta provides glimpses of what the wetlands may have resembled.

“We’re excited because we used multiple lines of evidence — genomic data, geological data, language data — and they all converge to point to the Makgadikgadi-Okavango wetland as our ancestral homeland,” Hayes told The Telegraph from Sydney over the phone.

Climate physicist and study collaborator Axel Timmermann of the Institute for Basic Science, Busan, South Korea, had combined climate computer models with geological data to reconstruct the rainfall and vegetation changes in southern Africa. The scientists then overlaid the genomic data on these changes to reconstruct the migratory history of the earliest modern humans.

“Comparing the climate data with the timelines of genetic divergences, we found a striking pattern,” Timmermann said.

The findings also suggest that changes in the Earth’s axis of rotation were among factors that influenced major climate shifts in southern Africa and influenced early modern human migrations, Timmermann said.

“The study provides novel insights into the ancestral and migratory history of modern humans through a search for the root maternal lineage,” said Kumarasamy Thangaraj, a senior scientist at the Centre for Cellular and Molecular Biology, Hyderabad, who was not associated with the study but has independently probed ancient migrations through genetics.

Hayes and her colleagues collected blood samples from local populations, including hunter-gatherer communities, in southern Africa, which led them to the root maternal lineage. Their findings suggest that members of these contemporary communities are the living descendants of the earliest modern humans that emerged there.

A 2012 study by South African scientists had independently shown that the KhoeSan communities in southern Africa were likely the descendants of the earliest diversification of modern humans.

“The first migrants ventured northeast, followed by a second wave of migrants who travelled southwest. A third population remained in the homeland until today,” Hayes said.

Her other study collaborators were based in academic institutions in Namibia and South Africa.