Ottawa cops crack down on protesters 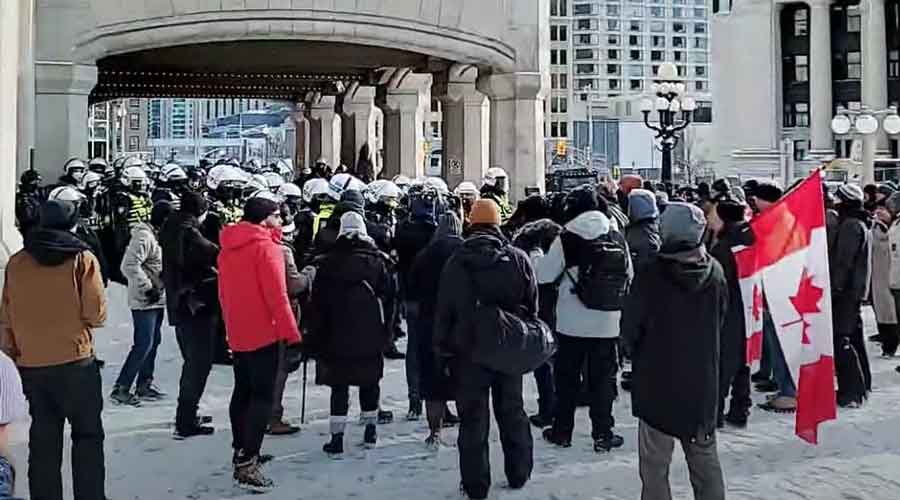 Canadian police on Saturday used pepper spray and stun grenades to try to restore normality to the capital after trucks and demonstrators occupied the downtown core of Ottawa for more than three weeks to protest against pandemic restrictions.

“We told you to leave. We gave you time to leave. We were slow and methodical, yet you were assaultive and aggressive with officers and the horses,” the olice said in a statement to the truckers posted on Twitter.

“Based on your behaviour, we are responding by including helmets and batons for our safety.” Police also used loud speakers to warn the crowd to disperse, or face arrest. Some loud bangs of stun grenades were heard, and Reuters witnesses saw some people being pepper-sprayed.