Certainly we are looking at the Gulf as our main supply: Wickremesinghe 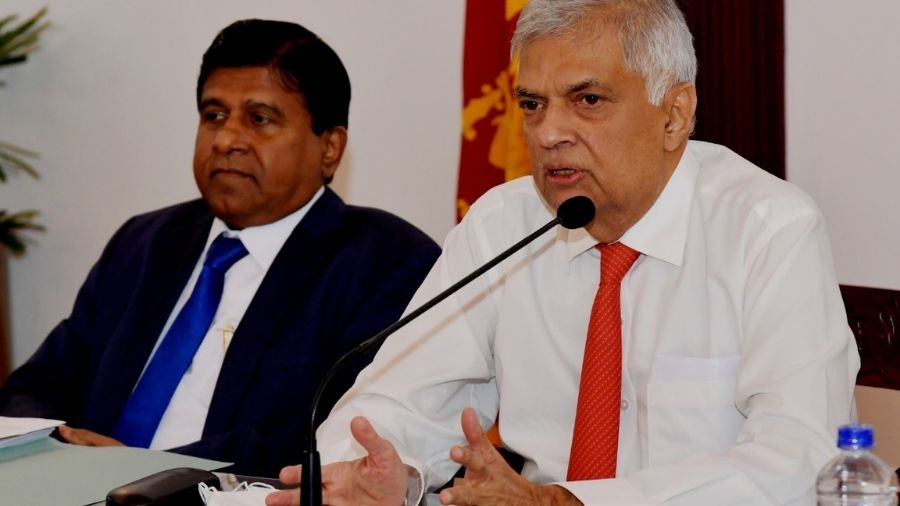 Sri Lanka may be compelled to buy more oil from Russia as the island nation hunts desperately for fuel amid an unprecedented economic crisis, the newly appointed Prime Minister said.

Prime Minister Ranil Wickremesinghe said he would first look to other sources, but would be open to buying more crude from Moscow.

Western nations largely have cut off energy imports from Russia in line with sanctions over its war on Ukraine.

In a wide-ranging interview with The Associated Press on Saturday, Wickremesinghe also indicated he would be willing to accept more financial help from China, despite his country’s mounting debt.

While he acknowledged that Sri Lanka’s current predicament is of “its own making”, he said the war in Ukraine was making it even worse — and that dire food shortages could continue until 2024. He said Russia had also offered wheat to Sri Lanka.

Sri Lanka has amassed $51 billion in foreign debt, but has suspended repayment of nearly $7 billion due this year. The crushing debt has left the country with no money for basic imports, which means citizens are struggling to access basic necessities such as food, fuel and medicines — even toilet paper and matches.

The shortages have spawned rolling power outages, and people have been forced to wait days for cooking gas and gasoline in lines that stretch for kilometers.  Two weeks ago, Lanka bought a 90,000-metric-tonne shipment of Russian crude to restart its only refinery, the energy minister told reporters.

Wickremesinghe did not comment directly on those reports, and said he did not know whether more orders were in the pipeline. But he said Sri Lanka desperately needed fuel, and was trying to get oil and coal from the country’s traditional suppliers in West Asia.

“If we can get from any other sources, we will get from there. Otherwise (we) may have to go to Russia again,” he said.

Officials are negotiating with private suppliers, but Wickremesinghe said one issue they faced was that “there is a lot of oil going around which can be sourced back informally to Iran or to Russia”.

“Sometimes we may not know what oil we are buying,” he said. “Certainly we are looking at the Gulf as our main supply.”

Like some other South Asian nations, Sri Lanka has remained neutral on the war in Europe.

Sri Lanka has received and continues to reach out to numerous countries for help — including the most controversial, China, currently the country’s third-largest creditor.

Opposition figures have accused the President and the former Prime Minister of taking on a slew of Chinese loans for splashy infrastructure projects that have since failed to generate profit, instead adding to the country’s debt.

“We need to identify what are the projects that we need for economic recovery and take loans for those projects, whether it be from China or from others,” Wickremesinghe said. “It’s a question of where do we deploy the resources?”