In another development, Organisation of Islamic Cooperation toes the same line 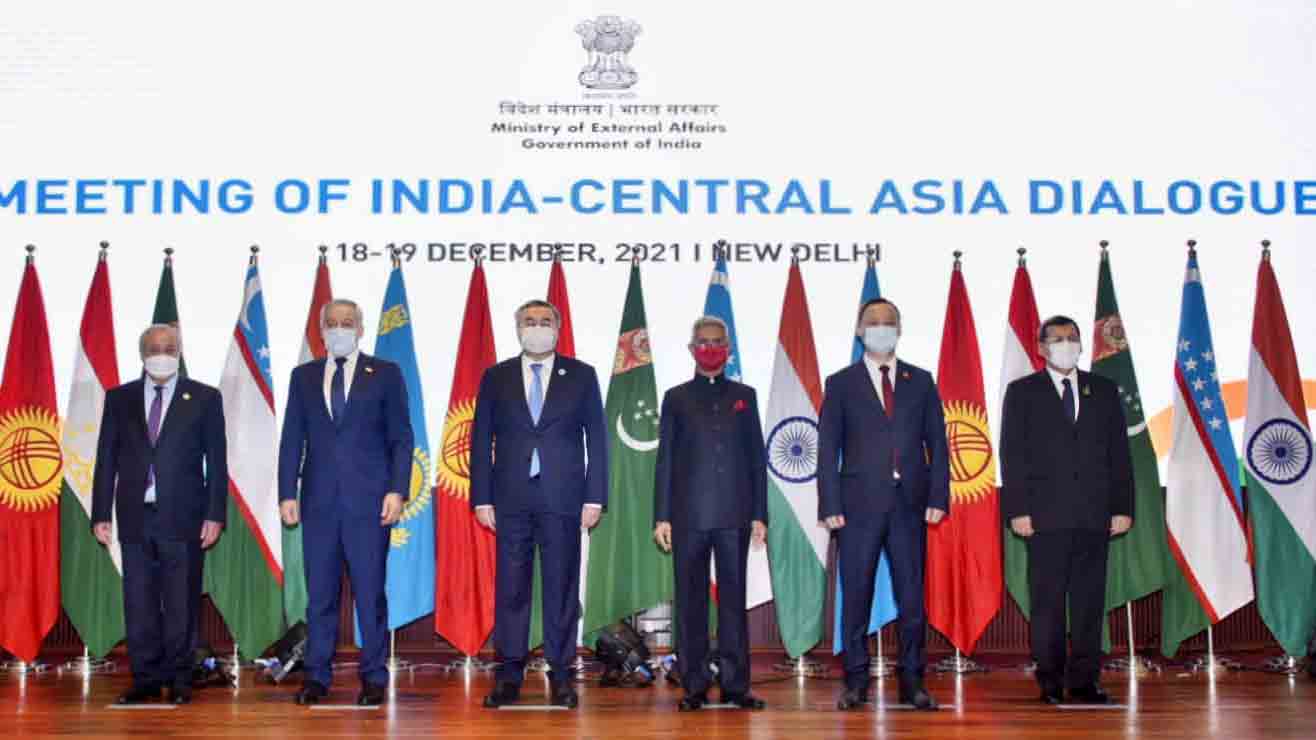 India and five Central Asian countries on Sunday called for providing immediate humanitarian assistance to the people of Afghanistan and asserted that Afghan territory must not be used for sheltering, training, planning or financing terrorist activities.

At the third India-Central Asia Dialogue, the countries also reiterated their strong support for a peaceful, secure and stable Afghanistan while underlining the need for respecting the sovereignty, unity and territorial integrity of the war-torn country.

The dialogue, attended by the foreign ministers of Kazakhstan, Kyrgyz Republic, Tajikistan, Turkmenistan and Uzbekistan, was hosted by India in Delhi.

"The ministers reiterated strong support for a peaceful, secure and stable Afghanistan while emphasising the respect for sovereignty, unity and territorial integrity and non-interference in its internal affairs," a joint statement said.

It said the ministers also discussed the current humanitarian situation and decided to continue to provide immediate humanitarian assistance to the Afghan people.

"The ministers reaffirmed the importance of UNSC Resolution 2593 (2021) which unequivocally demands that Afghan territory not be used for sheltering, training, planning or financing terrorist acts and called for concerted action against all terrorist groups," the statement said.

It said the ministers also agreed to continue close consultations on the situation in Afghanistan.

"While taking note of the outcome document of the Delhi Regional Security Dialogue of November 10, the ministers noted that there is a broad 'regional consensus' on the issues related to Afghanistan, which includes the formation of a truly representative and inclusive government, combating terrorism and drug trafficking," the joint statement said.

It also talked about the UN's role in Afghanistan as well as the need for providing immediate humanitarian assistance for the Afghan people besides preserving the rights of women, children and other national ethnic groups.

"We all share deep-rooted historical and civilisational ties with Afghanistan. Our concerns and objectives in that country are similar," Jaishankar said.

He listed a truly inclusive and representative government, the fight against terrorism and drug trafficking, ensuring unhindered humanitarian assistance and preserving the rights of women, children and minorities as key priorities in Afghanistan.

"We must find ways of helping the people of Afghanistan," he said.

Jaishankar said India is committed to take its ties with Central Asia to the next level.

He floated a 'four C' approach focusing on commerce, capacity enhancement, connectivity and contacts to further expand the cooperation between the two sides.

"Our meeting today comes amid a rapidly changing global economic and political situation. The Covid-19 pandemic has resulted in an enormous setback to global health and to global economy," Jaishankar said.

In a related development, representatives of Muslim nations at a special meeting here on Sunday acknowledged the deteriorating humanitarian situation in Afghanistan and called for measures to tackle it.

The 17th Extraordinary Session of the Organisation of Islamic Cooperation (OIC), Council of Foreign Ministers (CFM) called at the proposal of Saudi Arabia, being hosted by Pakistan with the objective to bring to the notice of the world the humanitarian situation in Afghanistan.

Official sources said that about 70 delegates of countries and international organisations, including the UN, are participating in the day-long conference. They include about 20 foreign ministers and 10 deputy ministers.

Prime Minister Imran Khan, in his keynote address, asked the US to de-link its policy towards the Taliban from the 40 million people of Afghanistan, while asking for action to help the Afghan people.

If the world doesn't act, this will be the biggest man-made crisis which is unfolding in front of us, he said.

He warned that Afghanistan would end up in chaos if immediate action was not taken. The chaos means the end of the government which would strengthen the ISIS, enabling it to carry out acts of global terrorism, the prime minister said.

Pakistan made elaborate security arrangements for the meet. Capital Islamabad was locked down, fenced with barbed wire barriers and shipping-container roadblocks were installed where police and soldiers stood guard.

A two-day local holiday has been declared to help the unhindered movement of delegates.

Khan said he looked forward to the meeting as it would come up with a roadmap to address the brewing crisis in the neighbouring country.

Afghanistan's economy is facing a major crisis after the Taliban seized power in Kabul in mid-August, amid a chaotic US and NATO troops withdrawal from the war-torn country.

Following hardline Islamists assuming power in Afghanistan, the international community froze billions of dollars' worth of assets abroad and stopped all funding to the country.

Martin Griffiths, head of the Office for the Coordination of Humanitarian Affairs (OCHA) speaking on the behalf of UN Secretary General, Ant nio Guterres, painted a very alarming scenario of the Afghan problem.

The Afghan economy is in free fall, needing urgent steps. About 23 million people are facing hunger, he said, adding that the world should come forward to help the people of Afghanistan.

He also called for international engagements with the de-facto authorities in Kabul.

The meeting being held in the parliament building of Pakistan started with the recitation of the Holy Quran, followed by a welcome address by Foreign Minister Shah Mahmood Qureshi in his capacity as the chair of the session.

He highlighted the plight of the Afghan people who were facing a dire future, urging immediate steps to help them.

Over half their population 22.8 million people face food shortage. Millions of Afghan children are at risk of dying from malnutrition. This situation has been brought about by a multiplicity of factors such as years of conflict, poor governance and excessive dependence on foreign aid."

He quoted World Food Programme figures to highlight the food shortages in Afghanistan.

"This is the moment to extend a collective helping hand. This is not the time to withhold support," said, adding that the political landscape of Afghanistan changed in 2021 but unfortunately the hardship and suffering of the Afghans have not eased.

He urged the Islamic world to stand with the people of Afghanistan.

Qureshi said Pakistan has decided to provide USD 30 million to Afghanistan in help in addition to essential goods.

He said notwithstanding ties with India, Pakistan has allowed India to send wheat and life-saving drugs through Pakistan.

He warned that the Afghan economy was likely to witness a contraction of 30 per cent within a year unless assistance was provided and the country needed support to pay salaries and carry out other essential activities.

He also said the result of economic meltdown would be mass exodus and radicalisation which would have grave consequences for the world.

He also proposed a six-point proposal to help Afghanistan, which included opening a channel to provide support, which should be led by the OIC.

"We should also agree to increase investment in the people of Afghanistan, bilaterally or through the OIC, in areas such as education, health and technical and vocational skills to the Afghan youth," he said.

The meeting was also addressed by Saudi Foreign Minister Faisal bin Farhan Al Saud as the OIC Summit Chair and foreign ministers of Turkey, Jordon and Nigeria representing the Asia, the Arab and the African groups of the OIC.

Secretary General of OIC Hissein Brahim Taha and President of Islamic Development Bank, Dr Muhammad Al-Jasser were among the other speakers.

The meet acknowledged the dire needs of the people of Afghanistan and agreed it was high time to help the war-torn country.

The OIC was set up in 1969 after the tragic fire incident at the holy mosque in Jerusalem that resulted in widespread indignation among the Muslim world.

The 1st Extraordinary Session of the OIC was held in Islamabad on March 23, 1997. The total number of members of the OIC is 57.