The storm, which brewed in the central Atlantic and was spun up from the Azores towards Europe by the jet stream, posed a danger to life, UK's Met office said 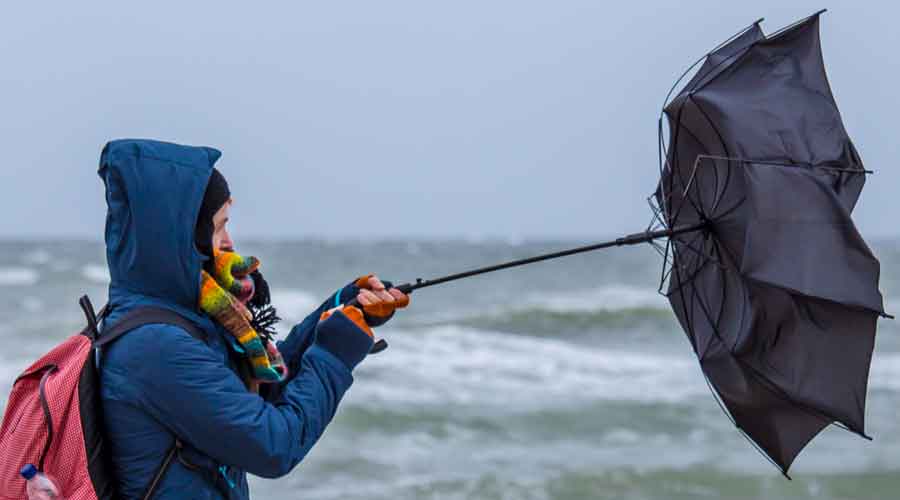 An Atlantic storm battered northwestern European on Friday with record winds of up to 196kmph, killing at least nine people, knocking out power for tens of thousands and shredding the roof of London’s O2 arena.

Storm Eunice, which brewed in the central Atlantic and was spun up from the Azores towards Europe by the jet stream, posed a danger to life, Britain’s Meteorological Office said.

The storm hit western England, making landfall in Cornwall, where waves lashed the coast, sending plumes of spray over the roofs of cottages, Reuters pictures showed

A woman was killed in London when a car in which she was travelling was crushed by a tree and a man in a vehicle in Liverpool died because of flying debris. Another man died after a vehicle collided with a fallen tree in the southern English county of Hampshire.

In the Netherlands, four people were killed by toppled trees. In Belgium, high winds brought a crane down onto the roof of a hospital and a British man died after being blown from his boat into the water.

A man died in Ireland after being struck by a falling tree while clearing storm debris, RTE reported.

High winds in London shredded the white domed roof of the O2 arena which has hosted stars from The Rolling Stones to Beyonce and Rihanna. Tall buildings in London trembled as wind whistled through Canary Wharf.

In Wales, waves crashed over Aberystwyth promenade, some as high as houses. More than 100,000 people were hit by power cuts as lines were torn down.

The Met Office said a gust of 196kmph was recorded at The Needles on the Isle of Wight, provisionally a record for the most powerful gust ever recorded in England.

Later on Friday, the Met Office said the fiercest winds from the storm were heading towards Scandinavia and northern mainland Europe where warnings had been issued. Planes were buffeted so strongly by gusts at some British airports that pilots were forced to abandon landings. A live stream of Heathrow’s runway was being watched by more than 200,000 people online.