Wai Moe Naing, a 25-year-old Muslim, has emerged as one of the most high-profile leaders of Opposition to the coup 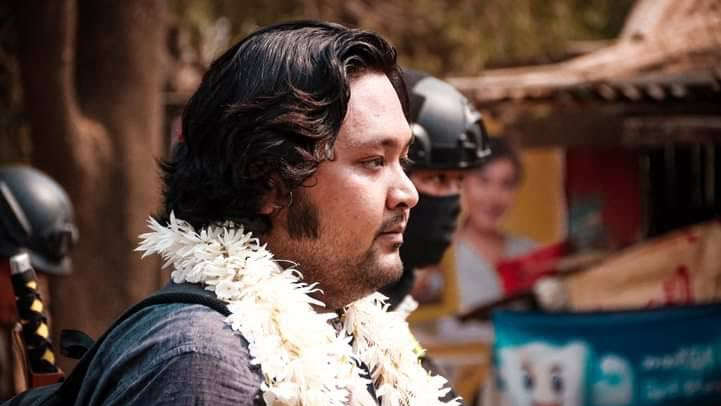 Myanmar security forces arrested on Thursday one of the main leaders of the campaign against military rule after ramming him with a car as he led a motorbike protest rally, friends and colleagues said.

Opponents of a February 1 coup that ousted an elected government led by Nobel peace laureate Aung San Suu Kyi have kept up their campaign against the military this traditional New Year week with marches and various other displays of resistance.

“Our brother Wai Moe Naing was arrested. His motorbike was hit by an unmarked police car,” Win Zaw Khiang, a member of a protest organising group, said on social media.

Wai Moe Naing, a 25-year-old Muslim, has emerged as one of the most high-profile leaders of Opposition to the coup.

Earlier, Reuters spoke to Wai Moe Naing by telephone as he was setting off to lead the rally in the central town of Monywa, about 700km north of the main city of Yangon.

Video posted on social media showed an oncoming car swerving into a group of motorbikes. Reuters was not able to verify the footage.

The licence plate of the black car shown in two videos swerving into the rally did not match the vehicle model listed for that plate number on Myanmar’s vehicle database.

A spokesman for the junta could not be reached for comment.

Monywa has been one of main centres of the pro-democracy campaign with big rallies day after day and repeated crackdowns by the security forces. Some colleagues said they feared for Wai Moe Naing’s safety.

The Swedish embassy said it was following his case and urged that all detainees be allowed proper health care and their human rights be respected.

Another protest leader, Tayzar San, said on Facebook: “We have to continue the fight by doubling our energy for Ko Wai Moe Naing, for the truth, for the present and future of the country.”

Myo Aye has also played a major role in organising the protests.

The coup has plunged Myanmar into crisis after 10 years of tentative steps towards democracy, with, in addition to the daily protests, strikes by workers in many sectors that have brought the economy to a standstill.