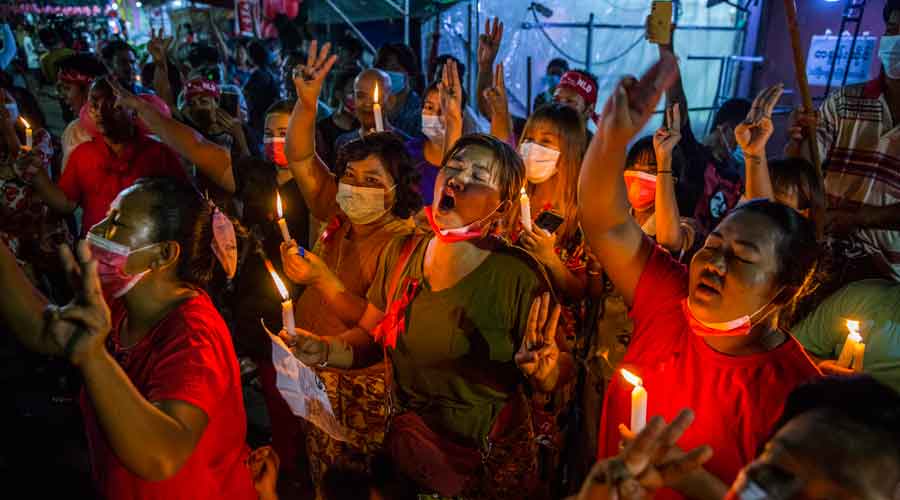 Myanmar’s new junta leader on Thursday called on civil servants to return to work and urged people to stop mass gatherings to avoid spreading coronavirus, as a sixth day of protests against him and his coup spanned the southeast Asian country.

As Washington moved a step closer to imposing sanctions on Min Aung Hlaing and his fellow generals, Britain said it was also considering measures it could apply to punish the February 1 takeover that halted an unsteady transition to democracy.

The coup and the detention of elected leader Aung San Suu Kyi along with scores of others have prompted the biggest demonstrations since a 2007 “Saffron Revolution”.

Senior General Min Aung Hlaing addressed the protests for the first time in public, blaming “unscrupulous persons” for work stoppages in a growing civil disobedience movement by medics, teachers, railway workers and many other employees.

“Those who are away from their duties are requested to return to their duties immediately for the interests of the country and people without focusing on the emotion,” he said.  In a statement issued by the army’s information service, he also urged people to avoid gatherings, which he said would fuel the spread of the coronavirus.