Wa Lone and Kyaw Soe Oo were freed after the president issued a blanket pardon for 6,520 prisoners 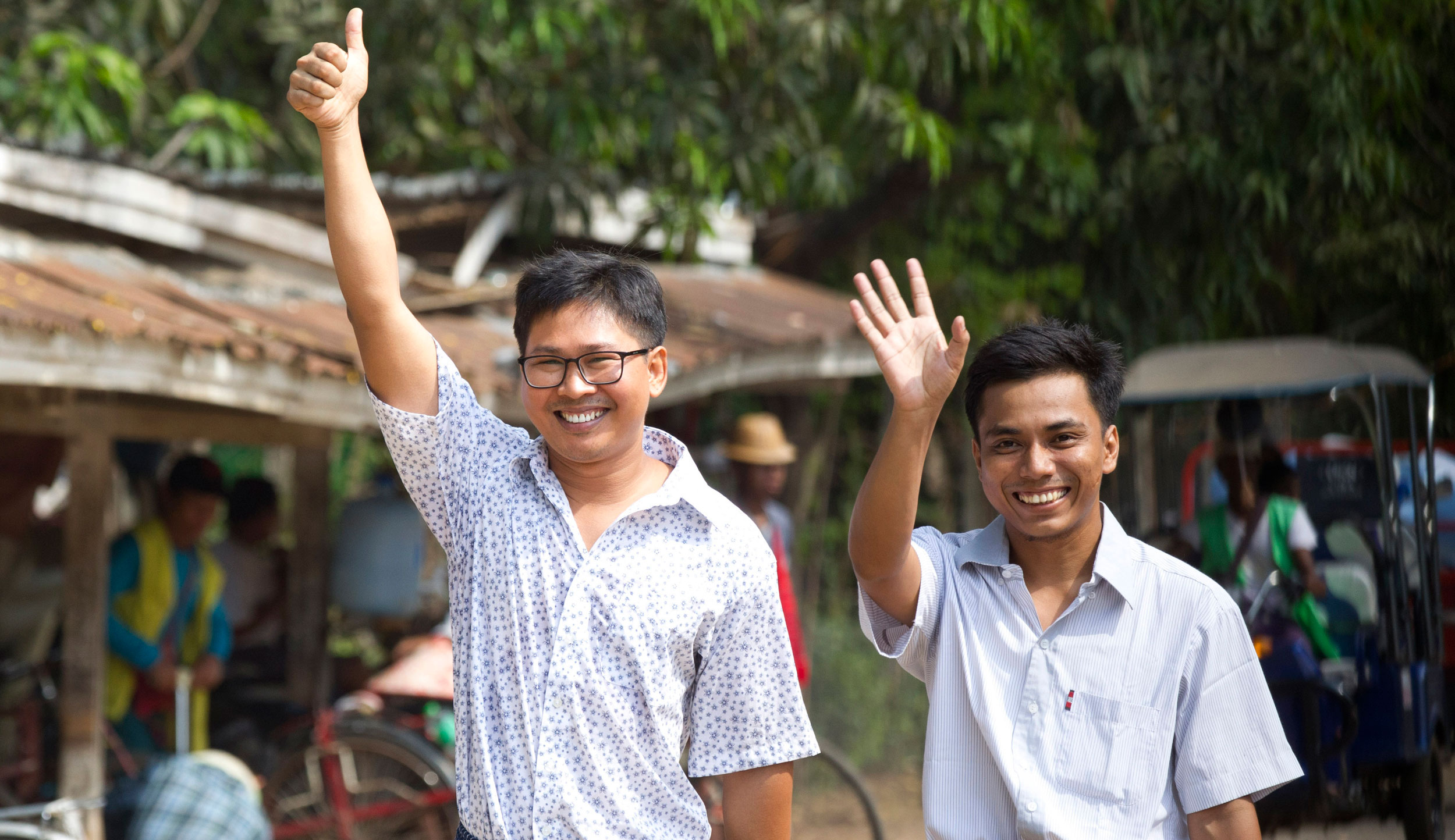 Two Reuters journalists who were imprisoned for breaking Myanmar's Official Secrets Act over reporting on security forces' abuses of Rohingya Muslims were pardoned and released on Tuesday.

Myanmar's Supreme Court on April 23 rejected the journalists' final appeal against their seven-year prison terms. Their convictions were related to reporting on the abuses inflicted by security forces' on the Muslim Rohingya minority. The reporters and their supporters had said they were framed because of official displeasure over their reporting.

'We are enormously pleased that Myanmar has released our courageous reporters, Wa Lone and Kyaw Soe Oo,' said a statement issued by Reuters Editor-in-Chief Stephen Adler.

'Since their arrests 511 days ago, they have become symbols of the importance of press freedom around the world. We welcome their return,' it stated.

Myanmar's military launched a brutal counterinsurgency campaign in the western state of Rakhine in 2017, driving over 700,000 Rohingya to flee to Bangladesh.

The Reuters reporters had worked on an investigation of the killings of 10 Rohingya villagers in Inn Din village, for which the government last year said seven soldiers were sentenced to up 10 years in prison with hard labour.

The reporters were arrested in December 2017 and sentenced last September after being accused of illegally possessing official documents, a violation of the colonial-era Official Secrets Act.

Chit Su Win, the wife of Kyaw Soe Oo, said she was waiting at home with their child to be reunited with her husband.

She said she doesn't know how to express her feelings, but 'Now the three of us can hug each other and we are so happy for that.'

Thura Aung, the brother of Wa Lone said 'We're so happy that they got released today. We heard that they would be on the amnesty list. Now it is actually happening, I am so glad for that.'

The United Nations office in Myanmar said it welcomed the release of Wa Lone and Kyaw Soe Oo.

'The UN in Myanmar considers the release of Wa Lone and Kyaw Soe Oo a step toward improving the freedom of the press and a sign of Government's commitment to Myanmar's transition to democracy,' it said in an emailed statement.