'These are her choices, right? She's a private citizen, and of course I support my wife's choices' 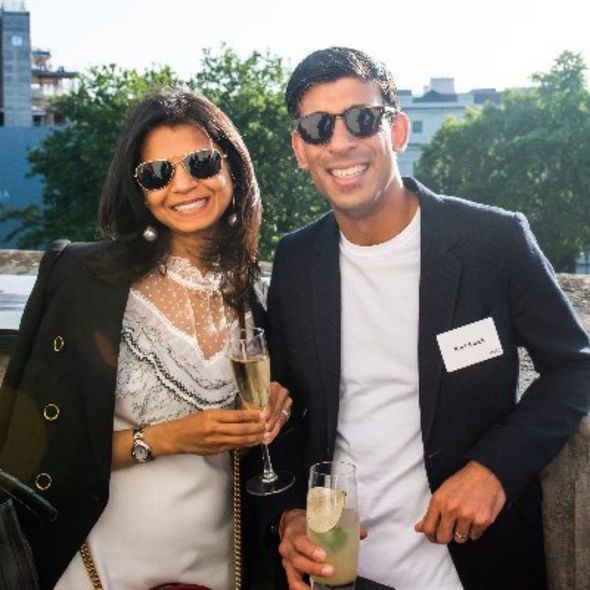 UK Chancellor Rishi Sunak has launched a fightback against the Opposition's attack over the non-domicile tax status of his India-born wife Akshata Murty, daughter of Infosys co-founder Narayana Murthy, saying she loves her country and would eventually return there to care for her parents.

Akshata, whose mother Sudha Murthy is a philanthropist , was targeted by the Opposition over her non-domicile tax status, which means she is not legally bound to pay tax in the UK on income earned overseas. She had this well before we met, before she moved to this country, Sunak told The Sun newspaper. It wouldn't be reasonable or fair to ask her to sever ties with her country because she happens to be married to me. She loves her country. Like I love mine, I would never dream of giving up my British citizenship. And I imagine most people wouldn't, he said.

Akshata is accused of using her non-domicile status as a tax saving of millions but a spokesperson for the 42-year-old entrepreneur said she complies with UK tax laws as a resident and the tax categorisation is because India did not recognise dual citizenship.

People, I don't think, have an issue with the fact that there's an Indian woman living in Downing Street. I would hope that most fair-minded people would understand though I appreciate that it is a confusing situation that she is from another country, Sunak said. The British Indian Cabinet minister has previously come out in defence of his wife, who owns around 0.9 per cent stake in Infosys, and father-in-law Narayana, who he described as someone who created a world-class business from scratch.

These are attempted smears of my father-in-law, who I'm just enormously proud of. That guy came from nothing and has created a world-class business that employs I think about a quarter of a million people around the world and changed the face of India, said Sunak.

If I achieved a tenth of what my father-in-law achieved in his life, I'd be a happy person. I'm really proud of what he's achieved, he said.

The 41-year-old senior Conservative Party politician, until recently seen as the frontrunner to succeed Boris Johnson as British Prime Minister, admitted that the so-called non-dom categorisation has been misused by some ultra-rich to avoid taxes but that is not the case with his family. He said: I appreciate that in the past British people were trying to use this thing to basically not pay any tax in the UK... But that's not the case here. She's not a British citizen. She's from another country. She's from India. That's where her family is that's where she, you know, ultimately will want to go and look after her parents as they get older. She pays full UK tax on every penny that she earns here in the same way that she pays full international tax on every penny that she earns internationally, say, in India.

The fightback came following a day of allegations from the Opposition Labour benches of "breathtaking hypocrisy" by a finance minister who is in charge of imposing taxes as Sunak insisted that his wife had not broken any rules. "Every single penny she earns in the UK she pays UK taxes on... and every penny that she earns internationally, for example in India, she would pay the full taxes on that," he said.

"To smear my wife to get at me is awful. And if she was living here and didn't just happen to be married to me, this obviously would not be at all relevant, Sunak said. The minister, who is said to have informed the UK Treasury of all his and his family's financial affairs when he joined as a junior minister in 2018, pointed out that his wife a fellow Stanford University alumnus and director of venture capital firm Catamaran UK is a professional in her own right.

These are her choices, right? She's a private citizen, and of course I support my wife's choices. She's not her husband's possession. Yes, he's in politics, and we get that, but I think you know, we get that she can be someone independent of her husband in her own right. She has had her own career. She has her own investments and is paying the taxes that she owes in the UK. She is 100 per cent doing everything this country asks of her, Sunak said.

Meanwhile, The Times reported that Sunak and his allies believe he is the victim of a political hit job designed to cause damage to his career. The newspaper claims that some colleagues believe the leak came from No. 10 Downing Street after clashes over policy between the UK prime minister and his finance minister. However, 10 Downing Street has rejected such reports as "categorically untrue" and "baseless".