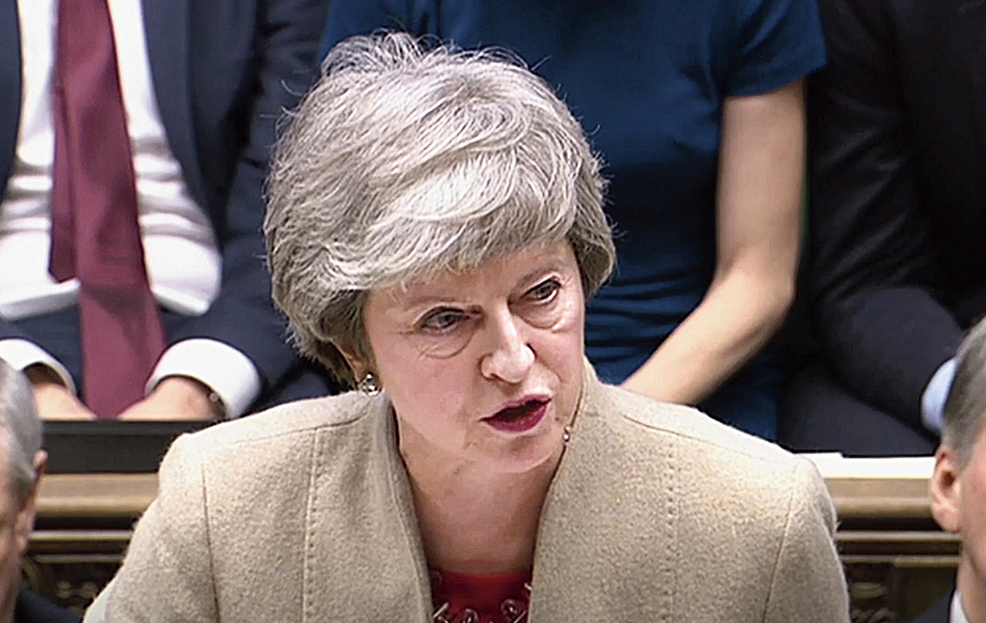 Lawmakers rejected Prime Minister Theresa May’s Brexit deal for a third time on Friday, sounding its probable death knell and leaving Britain’s withdrawal from the EU in turmoil on the very day it was supposed to quit the bloc.

The decision to reject a stripped-down version of May’s divorce deal has left it totally unclear how, when or even whether Britain will leave the EU, and plunges the three-year Brexit crisis to a deeper level of uncertainty.

“I fear we are reaching the limits of this process in this House,” May told parliament after the defeat. “The implications of the House’s decision are grave.”

Within minutes of the vote, European Council president and summit chair Donald Tusk said EU leaders would meet on April 10 to discuss Britain’s departure from the bloc.

A succession of European leaders said there was a very real chance Britain would now leave without a deal, a scenario that businesses fear would cause chaos for the world’s fifth-biggest economy.

May had framed the vote as the last opportunity to ensure Britain actually left the EU, making a passionate plea to lawmakers to put aside party differences and strongly-held beliefs.

But in a special sitting of parliament, they voted 344-286 against the EU Withdrawal Agreement, agreed after two years of tortuous negotiations with the bloc.

“The legal default now is that the United Kingdom is due to leave the European Union on April 12,” May said.

She cautioned that any further delay to Brexit would probably be a long one beyond the current deadline, and would mean Britain holding elections to the European Parliament.

The British pound, which has been buoyed in recent weeks by hopes that the likelihood of an abrupt “no-deal” Brexit is receding, fell half a per cent after May lost, to as low as $1.2977, but then recovered some of its losses.

“If the deadline is extended longer, we will re-engage with sterling because that will be the start of the slow death of Brexit,” said Salman Ahmed, global investment strategist at Lombard Odier Investment Managers.

On Monday, lawmakers who have tried to grab control of the process will attempt to agree on an alternative Brexit plan that could command majority cross-party support in Parliament. The options that have so far gathered most support involve closer ties to the EU, and a second referendum.

A first attempt at non-binding “indicative votes” on Wednesday failed to produce a majority for any of the eight options on offer.

Many lawmakers believe the only way to solve the crisis will be a snap election — even though it would throw up a host of unknowns for the major parties.

“The last thing this country needs right now is a general election,” transport minister Chris Grayling told Sky News. “We’ve actually got to sort out the Brexit process, we can’t throw everything up in the air.”

The 2016 referendum vote to leave the EU revealed a UK divided over many more issues, and has provoked impassioned debate about everything from secession and immigration to capitalism, empire and what it means to be British.

Hundreds of thousands of Britons marched through London last Saturday demanding a second referendum, while on Friday thousands of angry Brexit supporters protested in the capital.