A shortage of a smallpox vaccine, used to treat the current outbreak of monkeypox, prompted the move by the EU drugs regulator 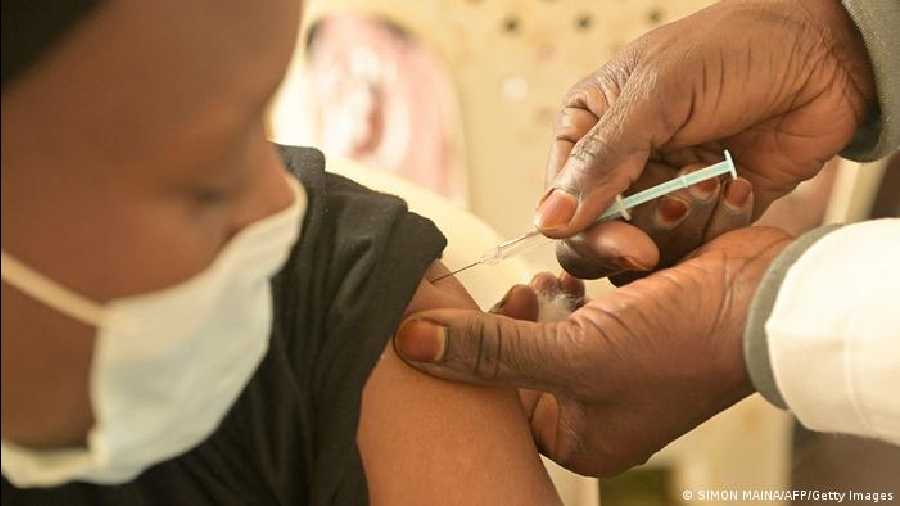 The European Union's drug regulator on Friday approved a way of stretching supplies of the monkeypox vaccine to treat up to five times more people.

The European Medicines Agency (EMA) said the Imvanex jab can now be given just below the top layer of skin (intradermally), instead of fully below the skin (subcutaneously).

The advice is in line with the approach endorsed by US regulators, who backed using one vial of Bavarian Nordic's vaccine to administer up to five separate doses.

The Amsterdam-based agency said the temporary measure would allow EU states to stretch out their limited stocks of the vaccine.

Despite giving one-fifth of the originally intended dose, the shot produces similar levels of antibodies, a statement from EMA said, adding, however, that there was a greater risk of skin irritation.

European Health Commissioner Stella Kyriakides said the decision was "extremely important as it allows the vaccination of five times as many people with the vaccine supply we have."

"This ensures greater access to vaccination for citizens at risk and health care workers," she said in a statement.

The unusual recommendation acknowledges that there are extremely limited supplies of the vaccine, which was originally developed against smallpox.

Bavarian Nordic has said it expects to have about 16 million doses available this year.

Due to the lack of available vials, Britain, Canada and Germany are administering one dose per person instead of two, which may offer less or less-durable protection.

The EMA authorized Imvanex in July based on experimental data that suggested it would work; the World Health Organization has estimated that the shot is about 85% effective at preventing monkeypox.

The latest outbreak of monkeypox is unusual as it has occurred in more than 80 countries outside of Africa, where it does not usually spread.

More than 40,000 confirmed cases, including a handful of deaths, have been confirmed.

Monkeypox cases up 20% in two weeks

WHO chief Tedros Adhanom Ghebreyesus said this week that monkeypox cases had increased by 20% over the past two weeks.

The global health body reported that nearly all infections have been reported in men who have sex with other men.

Monkeypox spreads when people have close physical contact with an infected person's lesions, their clothing or bedsheets.

Most people recover without needing treatment, but the lesions can be extremely painful and more severe cases can result in complications including brain inflammation or even death.