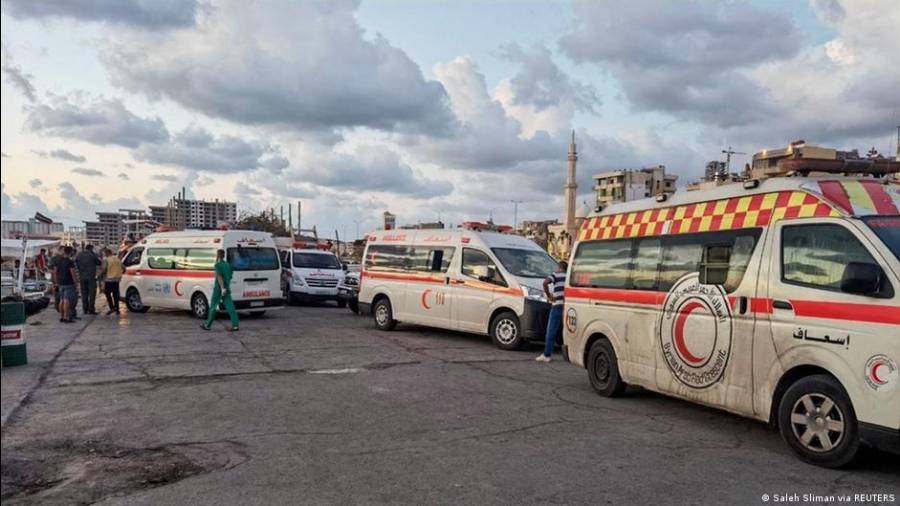 Survivors were taken to a hospital in Tartus in Syria
Deutsche Welle
Published 23.09.22, 10:52 AM

At least 34 people have died after a boat carrying migrants sank off the coast of Syria on Thursday.

He said rescue operations continued, with one survivor saying the boat carried over 150 people.

Syria's health ministry said 20 survivors were being treated in Basel hospital in Tartus.

Most of the migrants were Lebanese and Syrians, and some were without identification papers.

This was one of the deadliest since many Lebanese, Syrians, and Palestinians have tried to flee crisis-hit Lebanon to Europe.

Lebanon has been in the grips of a severe economic meltdown since late 2019 that has forced over three-quarters of the population into poverty.

Some of its 6 million people, that includes one million Syrian refugees, have risked the dangerous sea route to try and reach Europe illegally.

In April, six people died when an overcrowded migrant boat pursued by the Lebanese navy sank off Lebanon's northern coast of Tripoli.

In September, Turkey's coastguard announced the death of six migrants, including two babies, and rescued 73 people trying to reach Europe off the coast of the southwestern province of Mugla.

They had reportedly boarded from Tripoli in Lebanon in a bid to reach Italy.