Worry for climate experts on last day of UN summit 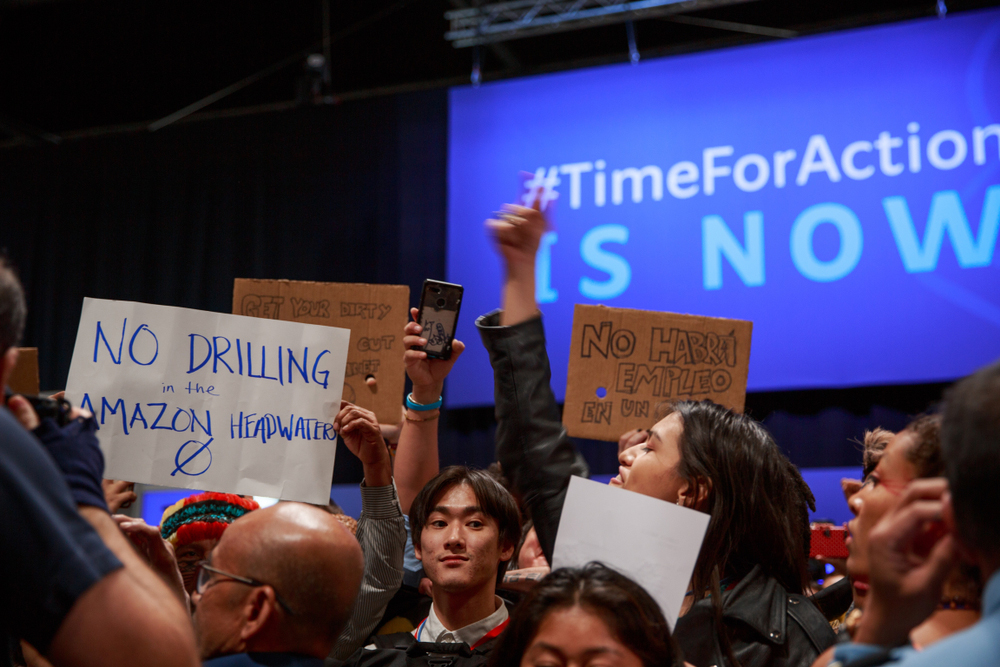 Climate talks on key aspects remain inconclusive at CoP 25 in Madrid even as the UN summit draws to a close on Friday.

Around 200 countries are participating in the summit, which climate activists feel could go on longer like earlier meets.

A number of countries vulnerable to the effects of climate change have alleged that the Madrid talks are defeating the purpose of the Paris Agreement and demanded steps for course correction.

“Friday for future”, a group of young activists led by Greta Thunberg, has called for a global strike and is scheduled to demonstrate at the summit venue to oppose the slow and ineffective negotiations.

The Telegraph has spoken to several climate experts, negotiators and government representatives in Madrid. They highlighted the intense negotiations behind closed doors for the last two days mainly on two issues: the new carbon market mechanism to be established under Article 6 of the Paris Agreement and the provision of finance under loss and damage or climate liability mechanism to support hapless communities already being severely impacted by various climate impacts.

The decisions are critical for the on-the-ground implementation of the Paris Agreement scheduled for next year.

According to climate analysts, while the negotiations on Article 6 still involve contentious issues, the block of developing countries seems to have been pushed back with regard to the loss and damage front with no decision on financial support expected in Madrid.

“Loss and damage seems to have lost out in Madrid as developing countries have all but agreed not to push for financial commitments,” said a negotiator of a vulnerable country to this correspondent.

Harjeet Singh, global lead of climate change in ActionAid and a loss and damage expert, pointed out that “rich countries responsible for climate change, particularly the US, Australia and Japan, are using every opportunity to water down proposals (of financial linkage).”

During the Warsaw climate summit in 2013, a mechanism to study loss and damage caused by climate-triggered events was set up which is presently being reviewed in Madrid.

This website has access to two drafts released in Madrid. While the first draft, released last week, had multiple references to finance, the one released on December 9 has mainly focused on the process which may ultimately lead to some financial support.

Developing countries called for the setting up of a network, called the Santiago network of loss and damage, to address the issue. However, various developed countries, including the US, have opposed such a mechanism in an effort to eliminate financial linkage from the process even in the future.

On Article 6, the parties have refused to budge from their stated positions.

“Although a number of negotiation drafts have been generated since the summit began, they are essentially the same apart from some changes in text,” said Sanjay Vashist of the Climate Action Network in South Asia.

“Still, all the contentious issues are on the table,” added Vashist.

Union minister Prakash Javadekar also asked countries to “concentrate on implementation of the Paris Agreement and not digress” in a move being seen as an attempt to pre-empt any demand for more emission cuts by least developed countries and vulnerable island countries during negotiations.

These countries, however, have strongly put forward their demand for more ambitious emission cuts, and said Madrid would fail the Paris Agreement if it did nothing to raise ambition for stronger emission cuts despite scientific evidence clearly showing the need for such urgent action.

“Many scientific reports have clearly said that unless countries urgently make further deep emission cuts, the temperature may go beyond 3 degrees Celsius. If the countries, despite all the evidence, choose not to do anything substantial on the climate front and allow temperatures to rise beyond 2 degrees Celsius, it would suggest that the Madrid talks have failed the Paris Agreement,” said Saber Hossain Chowdhury, a Bangladesh MP who heads the country’s parliamentary committee on environment and is also the president of the Inter-Parliamentary Union (IPU) in Geneva.

European countries have also demanded more ambitious emission cuts with their recent announcement of a green deal which mandates climate neutrality by 2050, meaning that the countries would not add any carbon in the atmosphere from that period.