Ahead of a planned strike on Wednesday, the German carrier announced it is cancelling flights at airports in Frankfurt and Munich 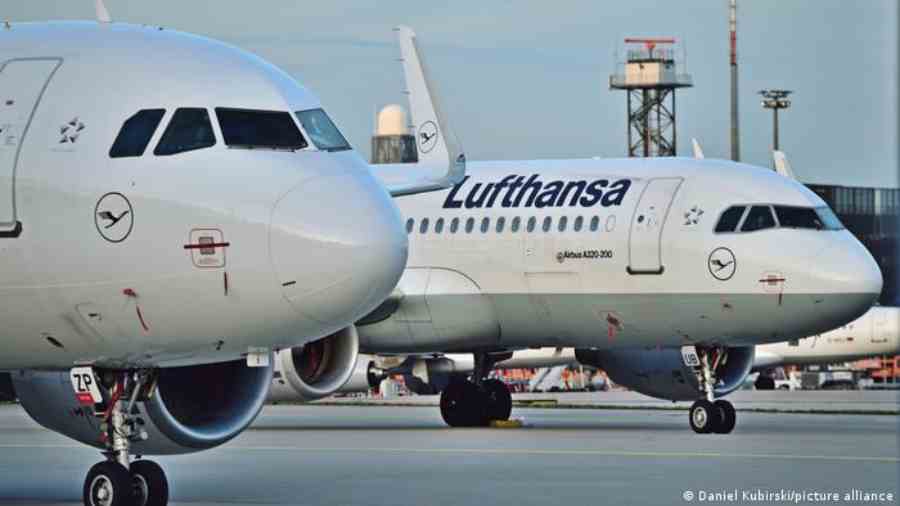 Germany's flagship carrier Lufthansa announced Tuesday that it is cancelling almost all flights from its hubs of Frankfurt and Munich due to a scheduled ground staff strike Wednesday.

The carrier also said flights would be cancelled Tuesday as well as later in the week as the ripple effects of the one-day strike are felt.

In total, over 1,000 flights are being scrapped with an estimated 134,000 passengers affected.

What is behind the strike?

The trade union Verdi called for the approximately 20,000 employees that make up Lufthansa's ground staff to strike in an effort to place pressure on management in ongoing salary negotiations.

Michael Niggemann, the chief of human resources at Lufthansa, criticized the move to call a strike, saying it was an "early escalation after only two days of negotiations in what has so far been a constructive collective bargaining round."

He added the strike would affect "especially our passengers during the peak travel season," but added, "it is putting a strain on our employees in an already difficult phase of air traffic."

What other airports will be affected by the strike?

Lufthansa said its major hubs in Frankfurt and Munich will not be the only airports affected by the strike. The airline also expects there to be affects felt at the Berlin, Bremen, Cologne, Düsseldorf, Hamburg, Hanover and Stuttgart airports.

What should passengers do?

The airline advised against coming to the airport if not rebooked as there will be "few if no" service desks available.

Lufthansa also warned passengers against flying into German hubs without a connecting flight as it could take hours if not days to get those passengers out on fresh flights.