Advertisement
Home / World / Look up the world’s tallest politician, or just look up

Look up the world’s tallest politician, or just look up 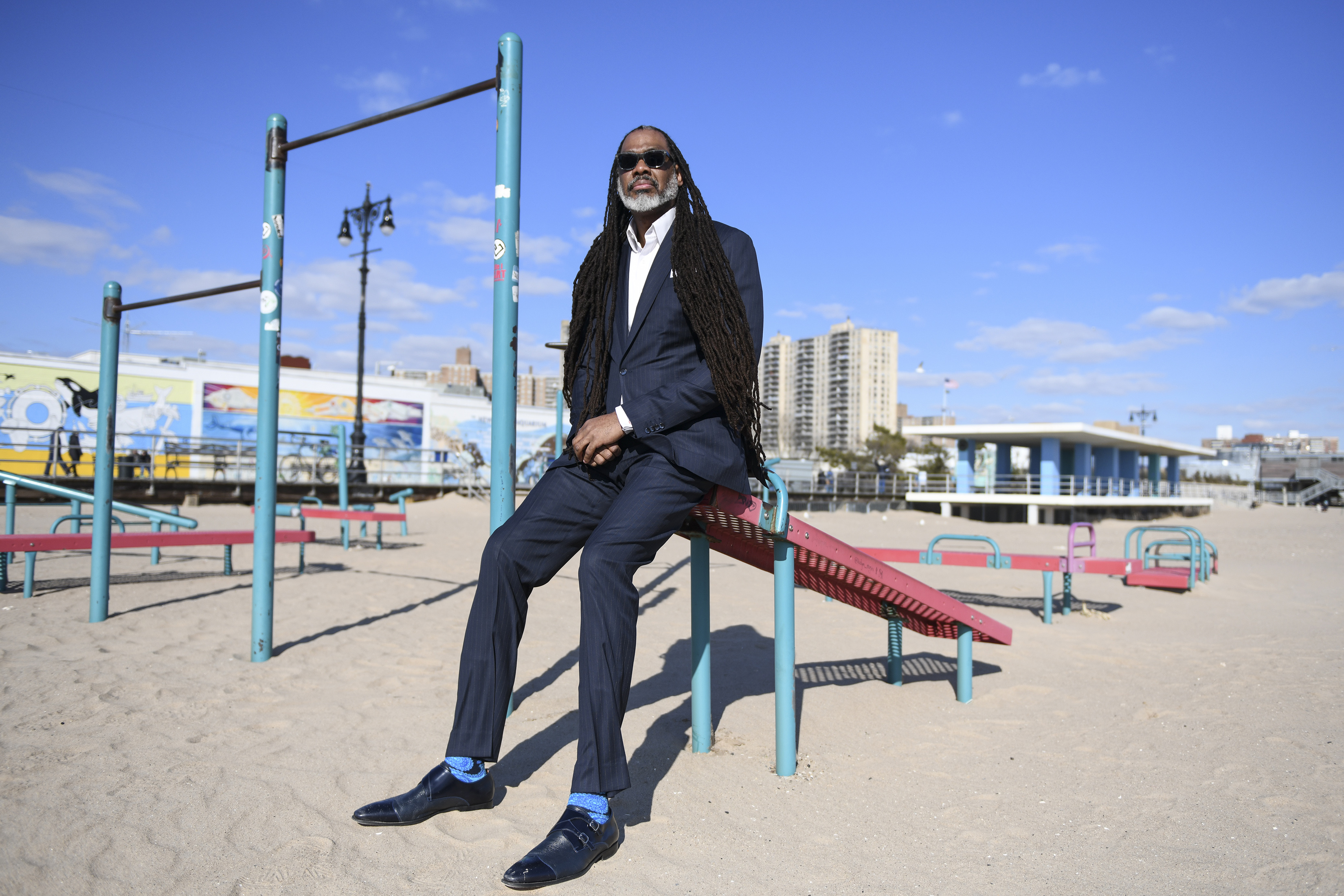 New York already holds Guinness World Records for the most billionaires and for being the most Instagrammed city. Now the city can claim another record: the world’s tallest politician, thanks to Robert Cornegy Jr., a city councilman who represents Brooklyn.

A former professional basketball player who was part of the 1984-85 St. John’s University men’s basketball team that advanced to the Final Four, Cornegy, 53, officially tops out at 6-foot-10, according to an average of measurements provided by three different doctors at Interfaith Medical Center in Brooklyn.

“What I went through to get this measurement was borderline ridiculous,” said Cornegy, who will receive the designation on Wednesday at a ceremony at City Hall. “But I think it was worth it to bring that designation to New York — and Brooklyn.”

Getting certified as “the world’s tallest politician (male)” was no easy feat. Guinness requires the record-holder to submit official height verification. Cornegy went to his former trainer at St John’s University, but Guinness did not like the tools the trainer used. He then turned to the doctors at Interfaith, which is in his Council district.

Cornegy received three different measurements on the same day in January but at different times. “Medically, there can be variations in height depending on certain factors,” said Dr. Mazin Khalid, who has practiced internal medicine at Interfaith for five years and provided one of the measurements. 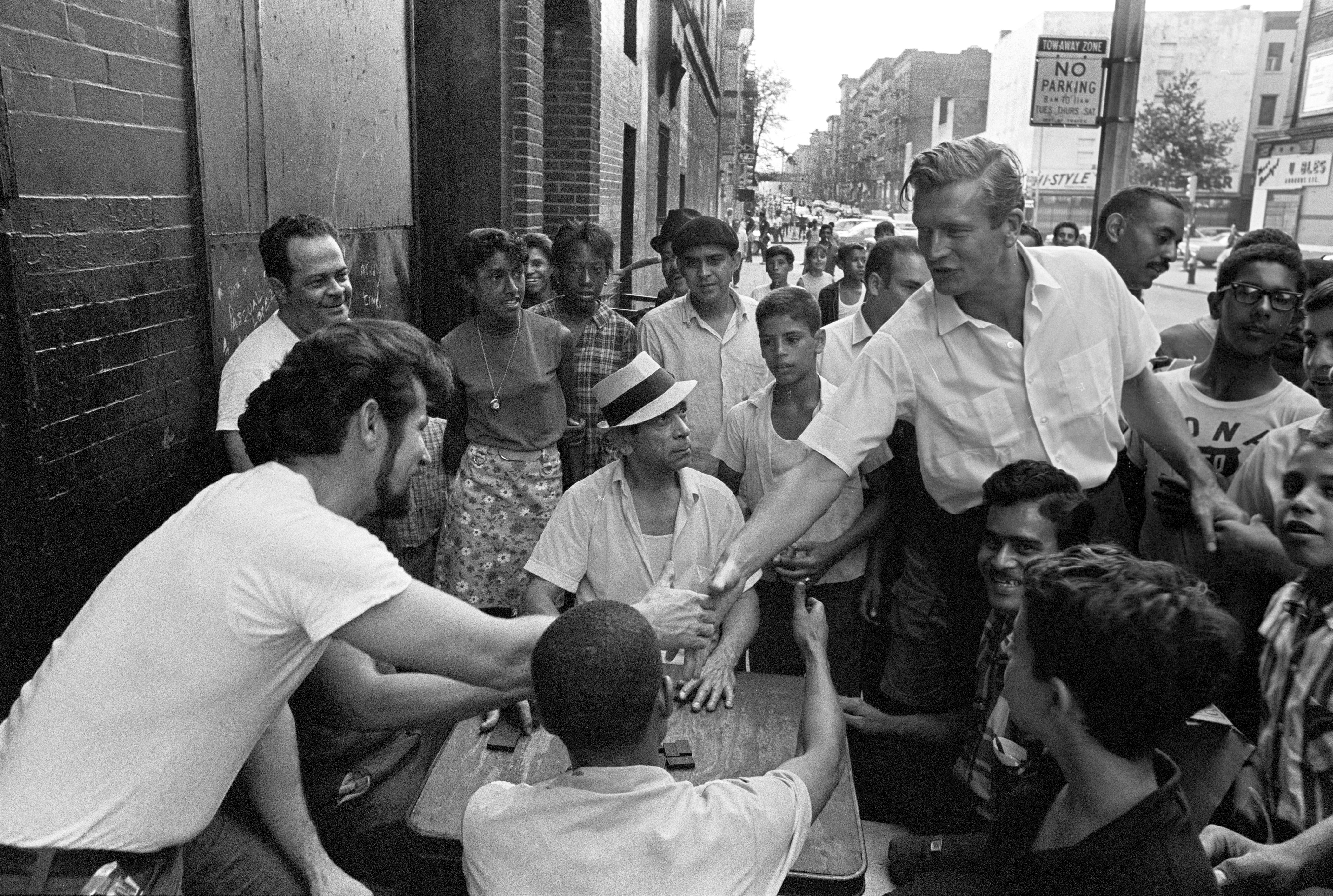 Cornegy’s height was recorded while lying on the floor, which generally produces a greater measurement because it relieves pressure on the vertebrae, and while standing with his heels and shoulders against a wall.

Guinness officials said Cornegy is now the record-holder, besting Sir Louis Gluckstein, a London politician who died in 1979, by 2 1/2 inches. (The most recent record-holder was Archie Hamilton, a 6-foot-6 former member of the British Parliament, who slightly eclipses another New Yorker: the almost 6-foot-6 Mayor Bill de Blasio.)

“When I first started this, I said there is no way I’m the tallest politician in the world. There must be an ambassador in Africa who is 7 feet,” said Cornegy, adding that he had always dreamed of being a world-record holder. “But when I found out the previous record-holder was only 6 foot 7 inches, I had to give it a shot.” 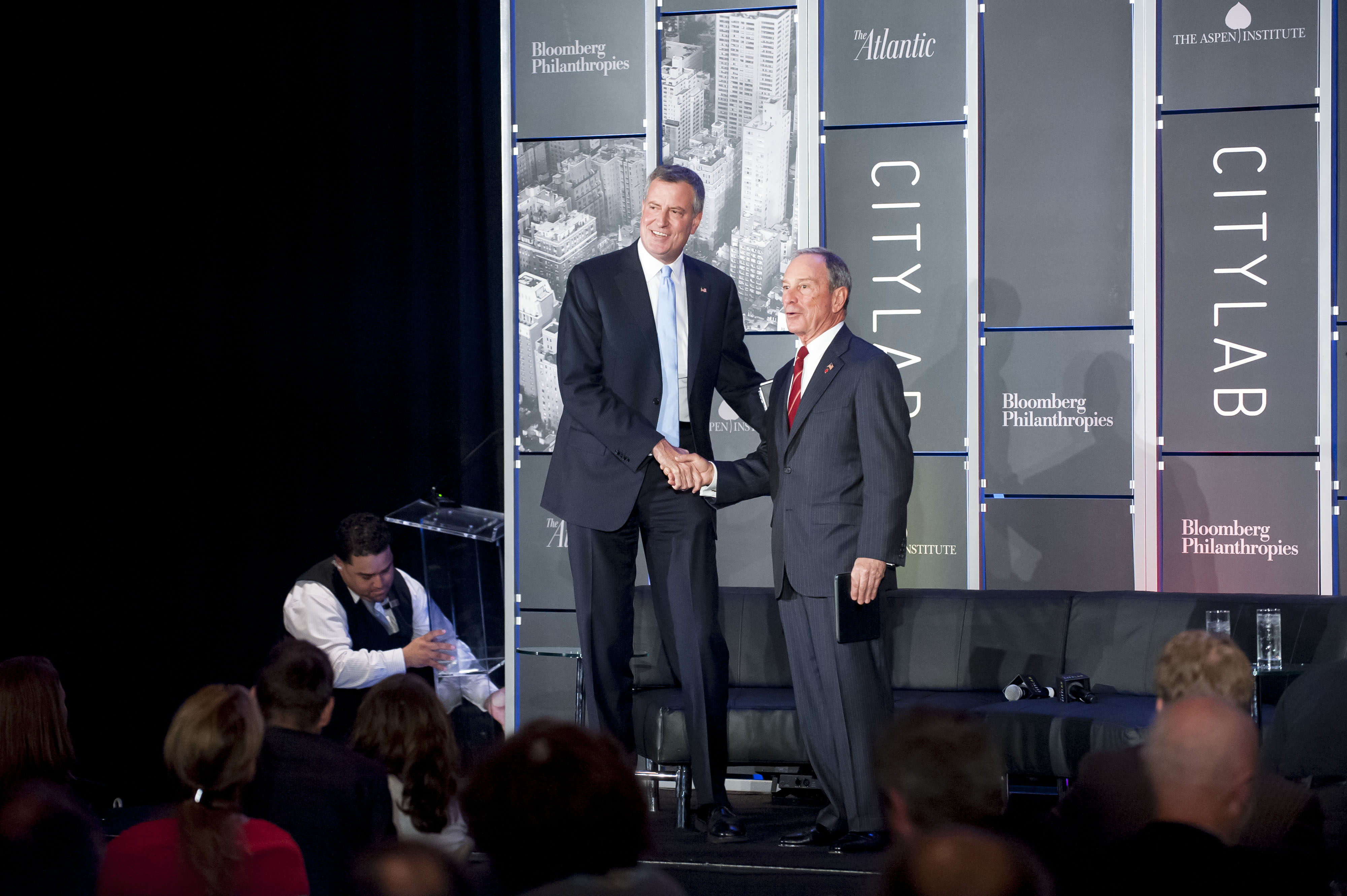 Mayor Bill de Blasio, who is just under 6-foot-6 and his predecessor, Michael Bloomberg, at 5-foot-7, in New York on October 8, 2013.
The New York Times

Being that tall has personal costs. Cornegy paid a contractor to put his toilet at home on an 8-inch platform. “I want to see what it’s like for my feet to swing,” he said.

Custom suits cost $700 and stylish shoes, at size 17, are at least $400, he said. Most cars are too small, so Cornegy rides the subway from his district in Bedford-Stuyvesant to City Hall. But unless he can get a seat, he spends most of the ride hunched over so his head does not hit the ceiling.

“I have a moment of anxiety when the train pulls into the station,” he said.

When talking to constituents, Cornegy, who has a master’s degree in organisational leadership, has learned to stand back at least 3 feet to make it easier for people to look up at him.

De Blasio is the only local politician who comes close to seeing Cornegy eye to eye. The mayor was signing a bill in 2014 when Cornegy, then newly elected, walked into the room. “Look who’s here. Rob Cornegy, my archnemesis,” Cornegy recalled the mayor saying. But the two tallest men in New York City politics get along pretty well.

“I look up to Council member Robert Cornegy, because of his contributions to our city, and because I don’t really have a choice,” de Blasio said in a statement.

It is entirely possible that in some corner of the world, an elected official may be even taller than Cornegy; Guinness record holders generally self-report their feats of stature. Indeed, beneath the Guinness online entry for Cornegy, two commenters suggested that a member of the Croatian parliament, Pedja Grbin, deserved the record; he is listed in some accounts as being 6-foot-11.

But Cornegy is safe from one potential challenger: Glenn Jacobs, the former professional wrestler known as Kane, who is now a mayor in Tennessee. His wrestling biography suggested he was 7 feet tall, but he has said in interviews that he is 6-foot-8.

Now Cornegy, who is the chairman of the Housing and Buildings Committee, has his sights on other goals. He was in the running to become the speaker of the City Council in 2017, but he failed to garner enough support, falling to Corey Johnson. Cornegy, who by law must leave the Council when his current term expires, said he plans to run for Brooklyn borough president in 2021.

He said he hopes his world record might inspire young people.

“Being the world’s tallest politician shows you can make tremendous contributions to society, no matter how you look physically,” Cornegy said.