When Kim met the Cuban President at Pyongyang Airport, separate portraits of the men hung outside the building 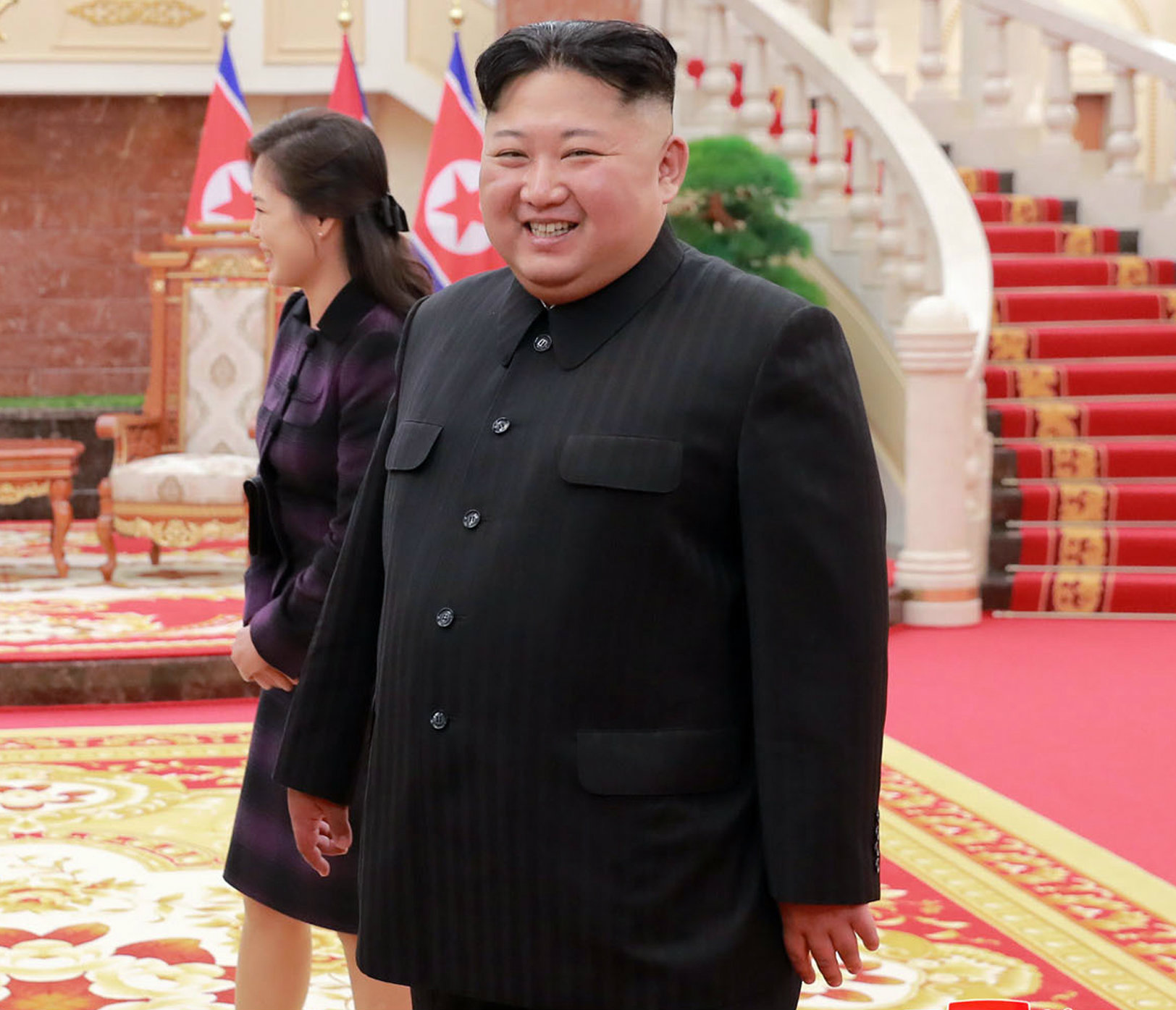 North Korea has displayed a portrait of Kim Jong-un in public for the first time, with analysts saying the move could herald the building of a personality cult around the young leader.

Idealised portraits of Kim’s grandfather and father — the North’s founder Kim Il Sung and his son and successor Kim Jong Il — are ubiquitous throughout the country.

They look down from the walls of every home, office and classroom, and the two men are displayed in every village, town and city — often in the form of mosaics, sometimes statues.

But while the current leader’s daily activities and photographs of him are the mainstay of state media — the only media authorised in the North — in wider society he is not portrayed in the same omnipresent way, and no statue of him is so far known to exist.

That could be beginning to change, analysts said, after the visit of Cuban President Miguel Diaz-Canel at the weekend.

When Kim met him at Pyongyang International Airport separate giant portraits of the two men hung on the outside of the building, pictures showed.

Smiling broadly and with his face gleaming, Kim wore half-framed glasses and a black western-style suit with a spotted tie.

“It’s the first time that such a portrait was displayed in a public place,” said Cho Han-bum, an analyst at the South's state-run Korea Institute for National Unification.

Footage on the official Korean Central Television has previously shown a painting of Kim displayed inside the Workers’ Party headquarters alongside a portrait of Chinese President Xi Jinping during a visit by a senior delegation from Beijing in April.

But Cho said the public display indicated Kim appeared to be entering a “second term” of his leadership, which would concentrate on strengthening his political authority and charisma. “The second term will focus on solidifying Kim Jong-un’s personal cult and the portrait can be seen in line with such moves,” he added. Kim is the third member of the family to rule the Democratic People's Republic of Korea.