Six other reporters and a driver were wounded in the blast 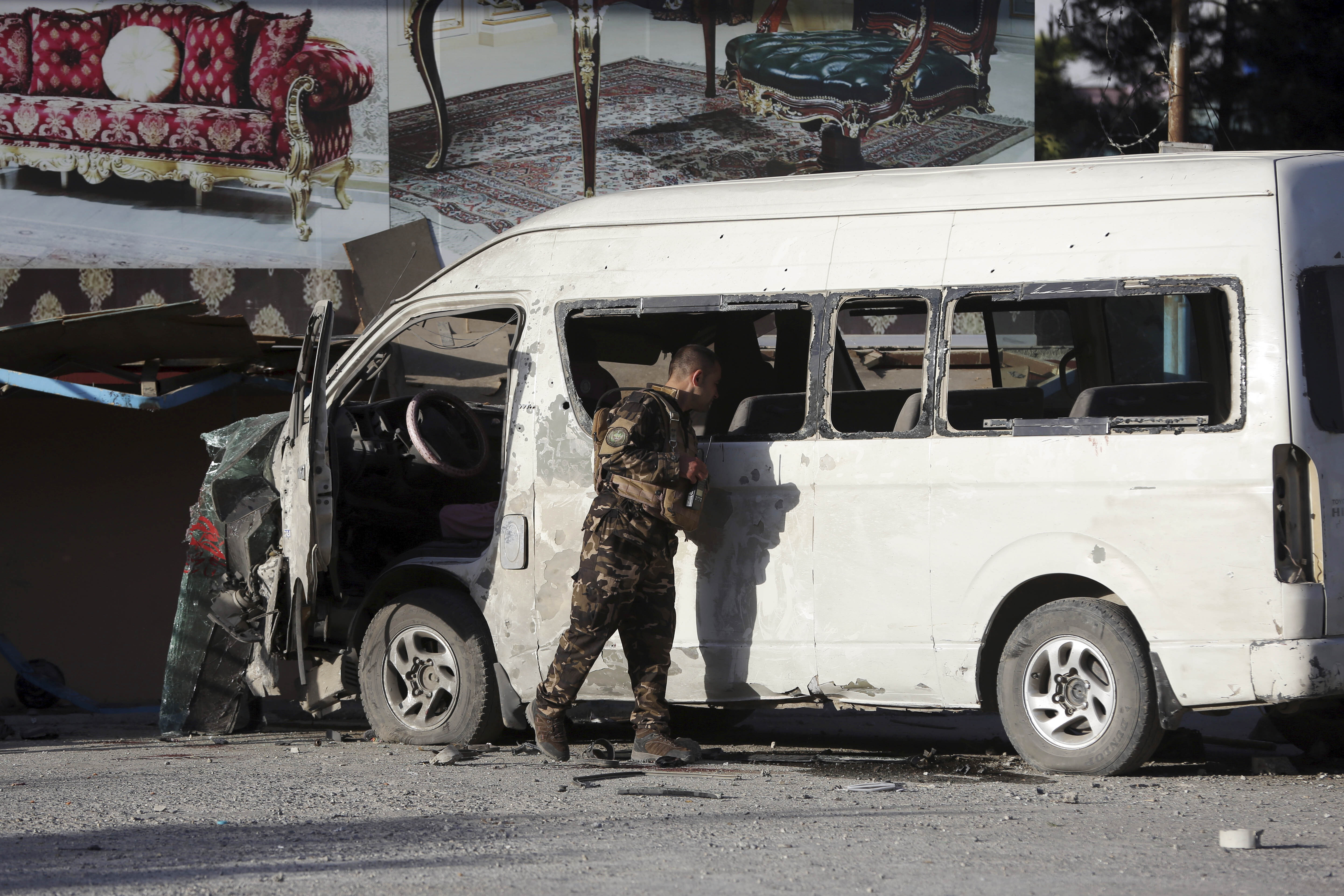 A journalist and a technician were killed and at least seven people were wounded when a private bus carrying employees of an Afghan TV station was bombed in Kabul on Saturday, the channel’s chief executive said.

The Taliban said in a statement that its fighters were not responsible for the attack and no other militant group claimed responsibility for the blast, which took place during the evening rush hour. “Our colleagues Mir Wahed Shah, an economic reporter, and Shafiq Amiri, an employee in the technical department, were martyred in the incident,” said Mohammad Rafi Rafiq Sediqi, chief executive of the state-run Khurshid TV station.

He said six other reporters and a driver were wounded in the blast.